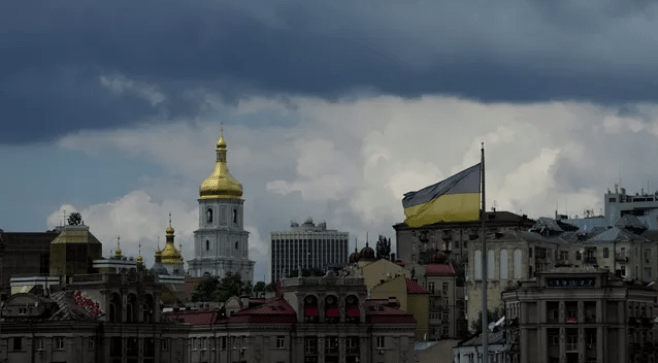 Ex-deputy head of the Ministry of Emergency Situations Faleev: further strikes on Ukraine can paralyze the provision of the Armed Forces of Ukraine

Attacks on Ukraine can stop the provision of the Armed Forces of Ukraine, said the former deputy head of the Ministry of Emergency Situations

MOSCOW, October 11 – RIA Novosti. The continuation of massive strikes on the critical infrastructure of Ukraine could paralyze the entire system for supporting the military operations of the Kyiv regime and complicate the administration of the state, Mikhail Faleev, former deputy head of the Russian Emergencies Ministry, winner of the Russian government award in the field of science and technology, told RIA Novosti.
“The energy system of Ukraine has not been completely destroyed: many facilities are repairable, some of them were included in looped systems, which reserves energy capabilities. However, the damage from the strikes is tangible, and if they continue, paralysis can be achieved in the system for supporting military operations on the part of Ukraine,” – Faleev emphasized.
He noted that the results of massive strikes can be considered in several aspects. First of all, they led to temporary disruptions in the production and repair of military equipment, as well as in the railway system.
“Secondly, their consequences are socially tangible, as they disrupt the livelihoods of a significant part of the population and exert psychological pressure, complicate the administration of the state. Further, they demonstrate the capabilities of the Russian Armed Forces and effectively affect facilities throughout Ukraine,” the agency’s interlocutor summed up.
The day before, two days after the terrorist attack on the Crimean bridge, the Ukrainian media reported massive missile attacks on energy, military command and communications facilities across the country, from Kharkov and Kiev to Lvov and Ivano-Frankivsk . Today the attacks continued.
As Russian President Vladimir Putin noted , by arranging an explosion on the Crimean bridge, Kiev put itself on a par with the most odious terrorist groups. According to him, it is simply impossible to leave the crimes of the Kyiv regime unanswered.
In addition to undermining the Crimean bridge, according to the president, Ukraine committed three terrorist attacks against the Kursk nuclear power plant and tried to undermine the Turkish Stream gas pipeline .
The objects chosen for massive strikes on the territory of Ukraine are critical – that is, violations in their work threaten to lose control of the economy of the country, subject or local territory, destroy it or significantly reduce the safety of the population.
In general, the list of such facilities, in addition to those indicated above, includes enterprises of the oil and gas and defense complexes, large engineering structures, hydroelectric facilities, metallurgical and chemical industries, surface, air and pipeline transport and other facilities.