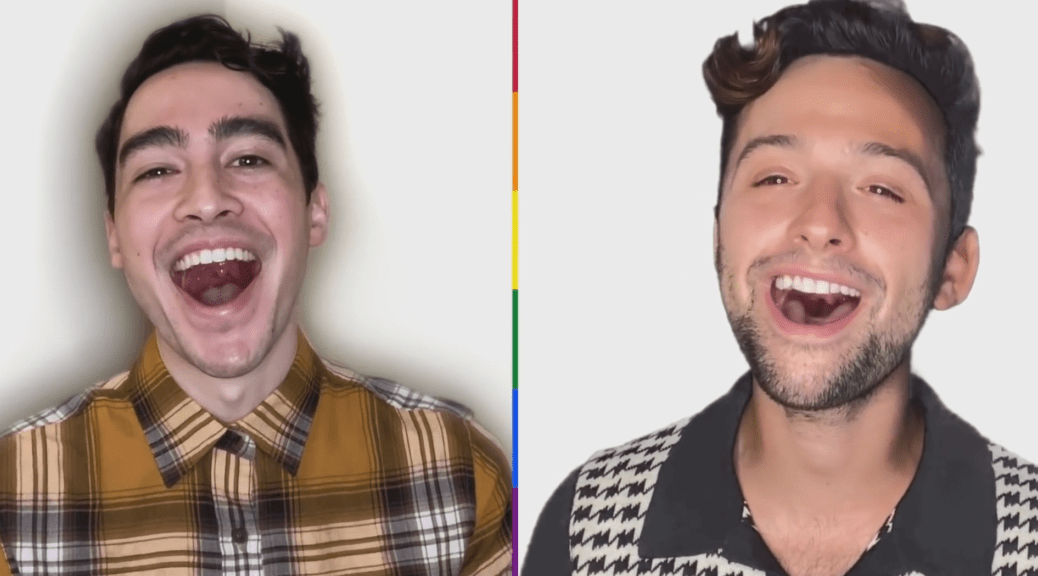 I have no problem with how others choose to live.  That changes when that lifestyle is officially propagandised and it impinges on me.

The San Francisco Gay Men’s Chorus has issued a public statement/video telling parents everywhere “We’re Coming for your Children” and admitting they will corrupt kids, convert them, and that parents must “face your fate.”

A video produced for this announcement puts their intentions to song.  The video begins with the image above as the man starts singing the song.

He is then joined by another

As they celebrate by saying “Just as you worried, they’ll change their group of friends.  You won’t like where they go at night.”

It then gets into the actual reality when they sing “You’ll be disgusted, by things they find online” and bluntly warns parents “there’s no escaping it” and that parents must “face your fate.”

The whole chorus then sings “The Gay Agenda is Coming Home”  presumably meaning to YOUR home!…