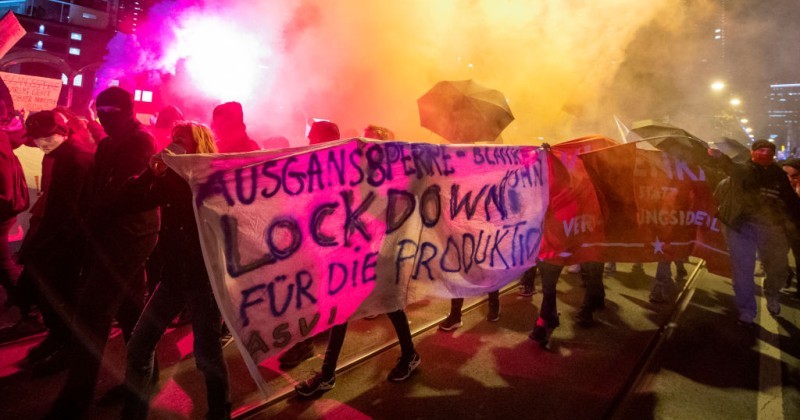 Germany’s domestic spy agency is monitoring anti-lockdown protesters, claiming they are potentially involved in a plot to subvert the country. 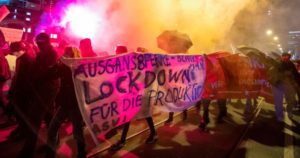 According to a Reuters report, the BfV spy agency is concerned that the demonstrations are being used as a cover for far-right extremists and people who believe in “conspiracy theories” about COVID-19 to incite violence.

“Authorities fear that far-right extremists and conspiracy theorists who either deny the existence of Covid or downplay its threat to public health are exploiting lockdown frustrations to stir anger against politicians and state institutions five months before a general election,” states the report.

While the government asserts that the movement has been radicalized, the right-wing Alternative for Germany (AfD) party characterized the surveillance as government overreach.

“Organisers of demonstrations which are mainly led by protagonists of the Querdenker movement have an agenda that goes beyond protesting against the state’s measures against the coronavirus,” said a BfV spokesperson.

Earlier this month, a judge in Weimar, Germany who ruled that two schools should be prevented from enforcing face mask mandates was subjected to a police raid of his home and had his cellphone confiscated.

As we highlighted earlier this year, German authorities revealed that they would be incarcerating COVID rulebreakers in detainment camps usually reserved for refugees.

AfD MP Joana Cotar reacted to the plan by accusing authorities of “reading too much Orwell.”

The state asserts it has the right to detain those who break quarantine under the Disease Protection Act.

German authorities appear to be far more worried about the threat posted by right-wingers, despite the fact that the country has a strong and notoriously vicious Antifa presence, members of which routinely engage in violent political attacks.