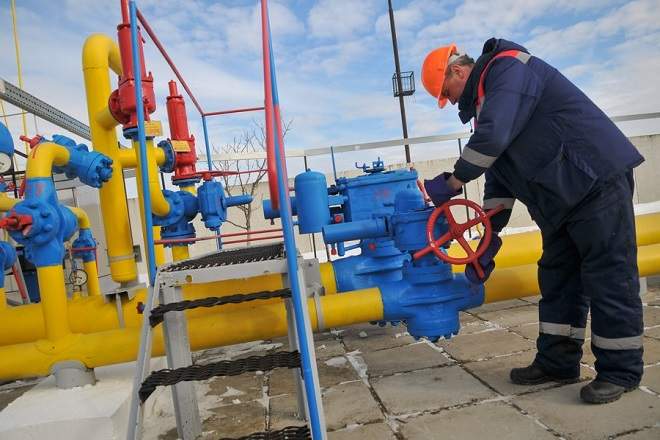 The big shock to the global energy market has one more patient and it is none other than natural gas energy giant Uniper, which is in talks with the German government about a possible bailout of up to 9 billion euros, according to the news Bloomberg agency.

Berlin is considering implementing a range of measures, including loans, a takeover by the equity division and also passing on some of the cost increase to the consumer public, well-informed sources said.

Uniper’s share price rose as much as 9.5% on the Frankfurt stock exchange yesterday when the developments were announced, after losing almost a third in Monday trading. Yesterday, with the profits of the share, the market value of the group approached almost 4 billion euros.

The company, which is one of the biggest importers of Russian natural gas, said last week it was in talks with the government to secure liquidity.

Germany, which has built its economic model on cheap Russian gas, has to cope with squeezed supplies and rising fuel prices as Moscow punishes Europe for its support for Ukraine.

Under its plan, the government is preparing legislation that would allow the German state to push through bailouts and acquire stakes in struggling energy companies, according to two senior officials.

It would also provide for at least part of the increase in natural gas prices to be passed on to consumers. Analysts estimate that limited Russian flows are costing Uniper €30m a day. The cabinet approved the draft law yesterday and the Upper and Lower Houses will follow on Friday.

After all, there is not much room for maneuver. The key Nord Stream 1 pipeline is due to shut down for maintenance on July 11, further exacerbating pressures on already troubled markets.

German officials are citing the possibility that Moscow may never reopen the pipeline after maintenance, leaving the country without its main source of natural gas. While Uniper is the priority problem, the wider economy is also at risk as the government tries to limit the impact of the energy crisis on consumers and industry.

Plans are in place to curb energy use as Germany’s vast industry prepares to cope with shortages. “We are not dealing with uncertain decisions, but with a clear and rational economic war,” Robert Habeck finally said on Saturday. “After the 60% reduction in gas supplies, the next move is logical.”

“Germany is preparing for an emergency”

What will happen if the natural gas flow in Germany actually stops and what should the state, households, industry do? “Germany prepares for emergency” is the headline of a report in the Süddeutsche Zeitung, which notes: “On Tuesday the German government approved an amendment to the law, giving it far-reaching powers: from introducing a new charge on natural gas customers to a rescue package energy companies and forced restrictions on the consumption of natural gas”. As SZ observes, the legislative interventions that are expected to be quickly passed by Parliament and the Federal Council “are preparations for an emergency situation that may not be so far away”.

German Minister of Economy and Energy Robert Habeck “does not rule out a worsening of the situation” and a permanent closure of the Nord Stream 1 pipeline under the pretext of maintenance work. “The companies that import natural gas from Russia will be hit first (…) If one importer kneels, the consequences for the entire supply of natural gas can hardly be calculated.”

According to the newspaper, the package of measures essentially opens the way for two options: “direct intervention of the state and imposition of a levy, for a wider distribution of the additional energy costs to the citizens”.

As he notes: “It is important to prevent a second repetition of the Lehman Brothers case, according to government circles. The collapse of the American bank in 2008 brought about the global financial crisis. At the time, the US government avoided bailing her out.”

First the industry will “cool down” and then the households

The same publication also extensively analyzes the consequences of a state of emergency on citizens. In the event of state takeover of critical energy structures consumers would not be burdened in principle, but a different matter is whether later increases in energy prices result in their being passed on to consumers, observes SZ. “In a situation of natural gas shortages, excessive increases in market prices may occur, the relevant bill states.”

In the first phase, however, according to the publication, in order to save natural gas, the government will initially turn to industry and power plants, with a return to coal.

However, the basic principle for a possible emergency situation remains the following: “First the industry should stay away from natural gas and last the ‘protected consumers’, to whom households belong.”