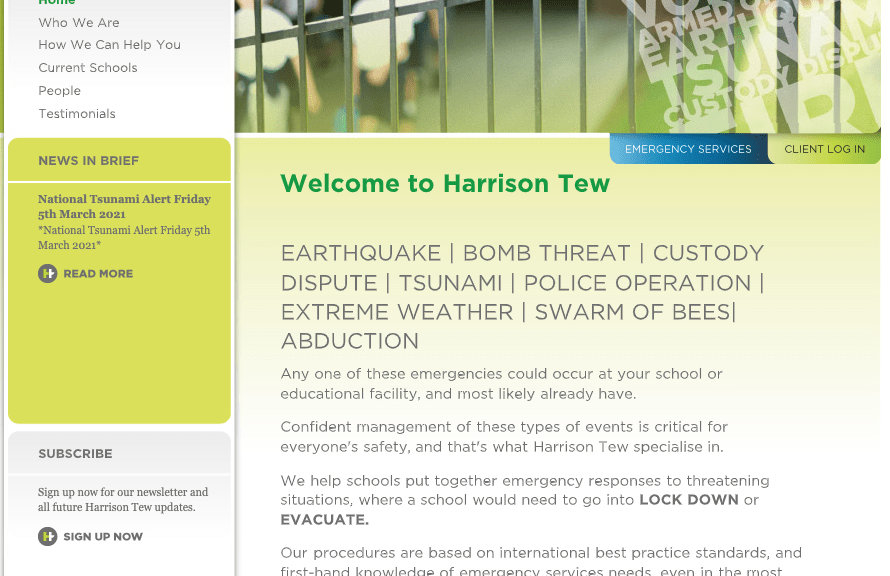 As we are all becoming increasingly aware, the psychological impacts of the regime we have all endured over the past few years may be likened only to wartime in both scale and damage.

From the families of the elderly who died alone in care homes during unnecessary lockdowns, to small business owners and farming folk who have lost it all, everyday Kiwis are now carrying burdens that, for many, are just too much to bear.

As suicide awareness advocate, Mike King, recently told The Rock radio hosts while promoting Gumboot Friday, “The system is f-cked up and no one is doing anything about it.”

Arguably, though, it is this generation’s children who are suffering the most from this democratic socialist regime’s sustained propaganda of fear and indoctrination.

While writing for Psychology Today on the adverse psychological effects of lockdowns and other Covid countermeasures, Dr. Maria L. Boccia remarked that: ‘While these effects on adults are sufficiently concerning, the impact on children may be devastating.’

According to Dr Boccia:

‘The response to COVID-19 and the effort to control the pandemic by isolating individuals and families is exposing millions of children to Adverse Childhood Experiences (ACEs), which we know to be predictive of future difficulties, ranging from increased likelihood of smoking to suicide and increased morbidity and mortality in general…’ (and that) ‘…the more ACEs an individual experiences in childhood, the greater the likelihood that they will experience negative outcomes in adulthood’.

And the fear-mongering plandemic is not the only ACE which this generation’s children are having to endure.

From apocalyptic climate theory to enforced gender confusion, the curriculum of the modern Kiwi kid is a far cry from the good old days we all remember.

Reports were made to Counterspin Media last week of distraught children at a school in the northern South Island having to participate in a school lockdown and simulated terrorist drill.

The school, which Counterspin Media has chosen not to name due to the sensitive nature of the event, informed parents not to phone or come to the school during the lockdown exercise as they would not be attended to.

According to a source with a background in social work who was present onsite:

“There are some seriously disturbed children here. I spoke with two teachers who were rude to me. An older teenage student left crying, I asked him if he was ok, and he talked about the drill. Said he thinks it’s bullshit for NZ to do this kind of thing. Two smaller children wanting to leave and go home because they are scared.”

According to the school: ‘Lock-down drills are carried out each term to ensure that children are familiar with our emergency procedures’.

Counterspin Media have also obtained a notice sent to parents from another school in the same region who are conducting a similar exercise this week and which identifies Harrison Tew as a consultancy company who are conducting the exercise. 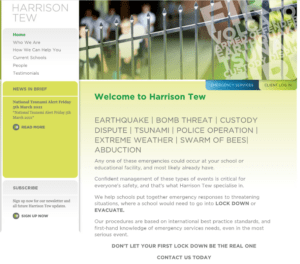 Harrison Tew specialises in emergency management in the educational sector and advertises a list online of around one hundred schools participating in its services nationwide.

While schools do have obligations under health and safety legislation, as well as a fundamental duty of care under common law, one cannot help but notice the constant state of fear and emergency which the Ardernian regime has artificially imposed upon us.

And it is children who are suffering the most as a result.

Indeed on the plea of a medical emergency which has now been proven fraudulent, children were forced to comply with masking requirements and social isolation during the alert levels and traffic light system.

In many cases, parents were also barred from learning spaces, while the constant threat of onsite vaccinations and the notion of ‘childhood consent’ hung over their heads.

And even as the Covid narrative has fallen apart, the government is showing no signs of renouncing its wartime mentality.

Indeed, this generation of children is growing up in a constant state of fear, intended to mold them into obedient citizens of the socialist state.

Whether it be the mythological climate catastrophe, anti-vax terrorists, white-supremacist knitting groups, or the rebranding of the common cold as a killer virus, the Ardernian regime will continue to invent new and ever-increasingly ridiculous reasons to coddle us into compliance.

After all, a constant state of emergency is necessary for the success and longevity of the regime.