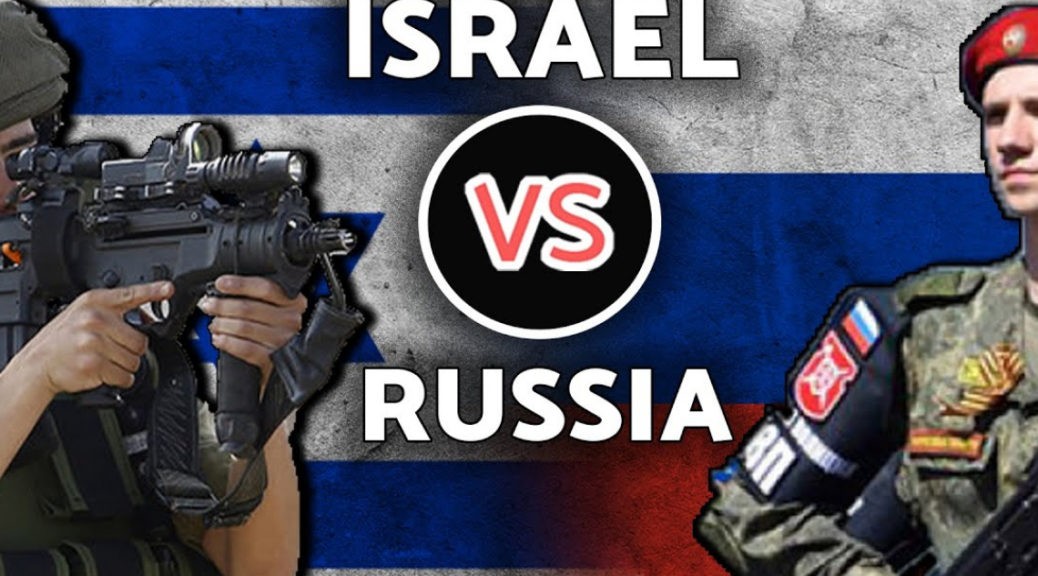 This is a direct and blunt warning to the state of Israel that they must stop the bombing of civilians in the Gaza Strip.   It is a warning coming from the second most powerful country on earth.

Much more as information becomes available.   Updates to appear below . . .

UPDATE 12:51 PM EDT — Netanyahu: “Israel is not ruling out a ground invasion of the Gaza Strip.”

UPDATE 12:56 PM EDT — Palestinian President: Israeli attacks in Gaza are war crimes. No elections without Jerusalem, “whatever the price.”

For those of you who may not be keeping score on these troubles, today’s announcement by Russia’s Foreign Ministry means that as of today, 19 May 2021, Turkey, Iran, Iraq, Pakistan, and now, of course, Russia, which are the big players . . . have all come out publicly against Israel. All of the other Muslim countries to a lesser extent. The stage is just about set. for World War 3. 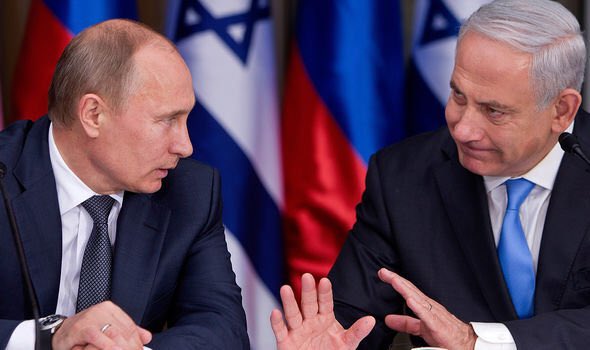 PUTIN told Israeli Prime Minister Benjamin Netanyahu their two countries could find themselves in a state of war as tensions with Palestine built up to today’s crisis in Gaza.

I don’t trust anything about the British press, but if this story was true I wouldn’t expect the Russian media to report it either (SMR)

VLADIMIR PUTIN told Israeli Prime Minister Benjamin Netanyahu their two countries could have found themselves in a state of war as tensions with Palestine built up to today’s crisis in Gaza.

Russian President Vladimir Putin warned on Friday that the current escalation between Israel and Palestine poses a direct threat to Russia’s security. During a meeting with the Russian Security Council, Putin suggested discussing the situation in Jerusalem and Gaza Strip prior to the agreed agenda. Tensions have been running high in the Sheikh Jarrah neighbourhood of East Jerusalem since an Israeli court ordered the eviction of Palestinian families, which was later delayed.

Keep a close eye out for this… Palestine is about to make a formal call to Turkey and Pakistan to send peacekeeping force into Palestine, at the United Nations

Religious figures are now openly saying “Russia and Turkey both are telling Israel to stop; Iran is funding the weapons: EZEKIEL 38,39 we are there Russia Turkey Iran…

Pak MNA Asma Qadeer: “The only option we have now is to declare JIHAD against Israel. No more negotiations. Enlist me for jihad.

This is an actual call for Muslim Jihad coming publicly from a Minister in the Government of Pakistan.

(HT REMARK: This situation between Israel and the Gaza Strip has now, I think, officially spun out of control. Mark the date so history (if any of us survive) will remember.)

Sky News Arabia reporting that the rockets towards Israel seem to have been launched from Seddiqine in southern Lebanon, southeast of Tyre.

UPDATE 1:15 PM EDT — White House reveals Biden spoke with Israel PM Netanyahu this morning and told him that he expected a significant de-escalation today on the path to a ceasefire.

(HT REMARK: Clearly, Biden has no gravitas; nobody pays any attention to him because they all know he’s an illegitimate President who grabbed the job via stealing an election.  They further know he’s a dementia-addled man (no fault of his own) and he’ll probably forget whatever they spoke about in a few minutes anyway, so they don’t have to do as he asks! Netanyahu explicitly ignored the (illegitimate) President of the United States and upped the attacks the same day!  Hey Biden voters, LOOK at what you’ve caused. )

MORE on the Missiles shot from Lebanon:

This is the third attack from Lebanon, but it differs from previous ones in that the rockets used today appear to have a higher range (at least according to the initial details regarding the location of the rocket launch).

Previous attacks were short range, this one came from deeper inside Lebanon. That plus the mere fact that multiple attacks were carried out, means Hezbollah is likely at least turning a blind eye – more likely pushing for these attacks whilst maintaining plausible deniability

UPDATE 1:22 PM EDT — Secretary of Defense Austin spoke on the phone again with his Israeli counterpart Benny Gantz about the need for a cease fire in Gaza, Israeli officials say

UPDATE 1:35 PM EDT — Yediot Aharonot: The Israeli government has ordered to open and equip Bomb shelters from Haifa to the far north of occupied Palestine immediately

ISRAELI WARPLANES BOMBED A HOUSE FOR SALHA FAMILY IN DEIR ALBALH, IN THE MIDDLE OF GAZA STRIP, THE AIR RAID KILLED THE PREGNANT MOTHER, FATHER AND 2 KIDS

UPDATE 1:41 PM EDT — Netanyahu rejects Biden’s request for a ceasefire, says there is no time limit for the Israeli operation

Riots break out at Jerusalem’s holy sites: Israeli troops fire tear gas at Palestinians at the walls of the old city as two IDF soldiers are shot at protest on the West bank on 8th day of Gaza conflict

Total of four rockets fired, two land at sea, another hits open area near Arab town. This was an extreme effort to fire without hurting anyone, upsetting anyone too much, or starting a war.

Mini-attack from Lebanon was likely a warning, coordinated with Hamas, which desperately seeks a ceasefire. The message: Stop the war in Gaza or face a conflict on 2 fronts.

UPDATE 2:02 PM EDT–  AOC and other progressives mull a resolution to block the $735 million arms sale to Israel.

One thought on “Hal Turner: **** BULLETIN ***** “Russia will not tolerate any more civilian casualties in Gaza” Israel INCREASES attacks!”