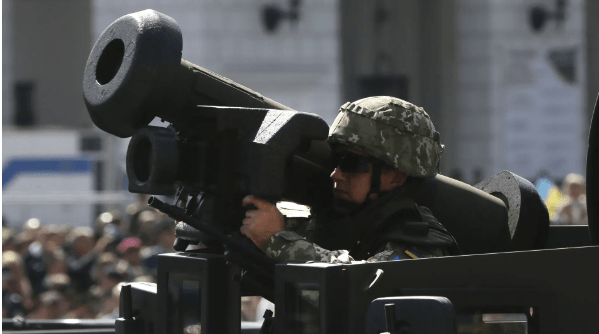 “I would like to talk directly. I had one conversation with Xi Jinping that was a year ago,” Zelensky said. “Since the beginning of the large-scale aggression on February 24, we have asked officially for a conversation, but we (haven’t had) any conversation with China even though I believe that would be helpful.”

Though China has taken an official stance of neutrality regarding Russia’s invasion of Ukraine, China and Russia are in frequent, high-profile diplomatic contact. In March, China joined Russia in a dissenting vote against a UN International Court of Justice ruling that ordered Russia to immediately suspend military operations in Ukraine.

Putin and Xi have met 39 times since 2013. As Zelensky’s requests to talk to Xi continued to go unaccepted, Russian President Vladimir Putin even had a call with Xi in June to wish him a happy birthday.

The latest sign Europe’s energy problems are worsening is that Austrian oil and gas firm OMV AG halted crude product deliveries from storage facilities in Germany amid a “run” on supplies, Bloomberg reported.

OMV Germany said two storage facilities in the southern part of the country “are observing a current run on heating oil and … this is possibly due to crisis-driven market shortages and thus excessive speculation and stockpiling.”

“In order to secure supplies in the short and medium term, loading will now be temporarily suspended until the Burghausen refinery has resumed production,” OMV said in an emailed response, adding Burghausen and Feldkirchen’s storage facilities will restart deliveries on Aug. 15.

A combination of issues has led to diesel and heating oil in southern Germany, Austria, and Switzerland.

The panic hoarding of diesel and heating fuel likely comes from utilities who have had to switch the type of power generation from natural gas to other crude products due to capacity constraints on the Nord Stream 1.

German power prices have soared to a new record of more than 400 euros per megawatt-hour on the European Energy Exchange on Thursday on the prospects of a worsening energy crisis.

The river at Kaub, Germany, is around 21.6 inches (55 centimeters) on Thursday and is expected to drop to 18.5 inches (47 centimeters) by Saturday, according to the German Federal Waterways and Shipping Administration. Currently, Europe’s most crucial waterway is 5.9 inches (15 centimeters) from being impassible, the threshold where barge traffic is 15.7 inches (40 centimeters).

Uniper said the low water levels could force “irregular operation” at its 510-megawatt Staudinger-5 coal-fired power plant through the first half of September because fewer and fewer barges have been able to deliver coal as stockpiles dwindle. Rhine water levels below 40 centimeters at Kaub would halt shipments via inland waterways to the power plant, forcing shipments by land.

On Wednesday, Riverlake, a vessel broker, said, “fewer and fewer barges can pass through Kaub.”

Meanwhile, German power for next year soared to a record intraday high of 410.57 euros per megawatt-hour on the European Energy Exchange on Thursday on the prospects of a worsening energy crisis.

Besides Uniper, here’s what other German companies are saying about low water levels on the Rhine and how they seek alternatives for transporting goods (list courtesy of Bloomberg):

Back in April I wrote about the state of Shanghai’s latest round of lockdowns, asking whether or not something fucky was afoot (more than usual) across the pond in China. Since then, I had just assumed that things were returning back to normal and that the Winter’s lockdowns were an aberration.

But it isn’t looking that way. In fact, China’s latest actions only do more to raise my “fringe” suspicions.

As recent as this week, parts of Wuhan (and its 1 million residents) are being forced to lock down yet again because – wait for it – four cases of asymptomatic Covid were found amongst hundreds of thousands of screenings that the province provides daily.

With Brent crude prices tumbling below $100 a barrel, it appears the paper oil market is out of touch with the tightness reality of physical markets.

By Magyar Hirlap of Remix News

Barely a month since their delivery, the first German armored self-propelled guns have already ceased service in Ukraine, according to a report by German newspaper Der Spiegel. 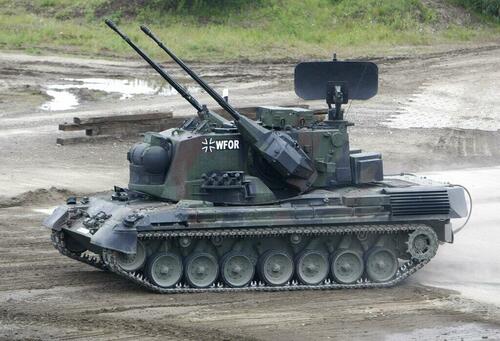 The German Ministry of Defense was informed by Kyiv last week that an error message appeared on the cannons and that several of them needed to be repaired. According to the Bundeswehr, the reason behind the malfunction may be that the Ukrainians are firing the guns more intensively than the technology is capable of.

This means that the stress on the loading systems may be too high. Another problem could be that the soldiers reportedly fire the units from too far away with the special ammunition; the smart grenades used by these cannons were meant for shorter-range, precision hits.

The Bundeswehr explained that misuse of the weapons could have contributed to a more accelerated wear and tear. Despite the problems, however, they agreed to supply Ukraine with additional weapons packages.

At the same time, the arming of Ukraine by the West raises several problems. The unlimited flow of weapons can see arms easily end up on the black market or lost. Several European countries have already warned that weapons have on occasion been redirected to other nations. The authorities in Sweden, for example, revealed that anti-tank weapons have already appeared in the circles of criminal gangs in Sweden.

Meanwhile, security policy expert Robert C. Castel drew attention to the fact that Western weapon systems — the Javelin anti-tank missile and the Stinger anti-aircraft missile — can be used against civilian and industrial targets as well as military ones. According to him, it is only a matter of time before these weapons deliveries have unintended consequences. These weapons could still be lurking somewhere in Europe for many decades, as the modern equivalent of mines and air bombs left over from the World Wars, he added.

A new Gallup poll has found that a mere 1 per cent of Americans view Russia as a major problem, with far more concern expressed about inflation, bad governance and the state of the economy.

In a revealing illustration of to what degree people have lost interest in ‘the current thing,’ whereas 9 per cent of Americans viewed relations with Russia as the most important problem facing the country back in March, that number has now plummeted. Following the start of the Russian special military operation in Ukraine, western countries pledged to provide billions of dollars in aid for Kiev, but most of it has arrived in the form of weapons to fight Russian troops. However, it would seem that some Ukrainians found a better use for the arms.
Moscow’s warnings to western countries about the dangers of uncontrollably pumping Ukraine with weapons appear to be starting to come true, with some US-supplied arms already surfacing on dark net markets and in international smuggling rings, Sputnik Arabic’s investigation has shown.
Following a search across markets on the dark net – a separate part of the world-wide-web accessible, for example, through Tor browser – Sputnik managed to find an online shop dubbed “Weapons Ukraine” on the THIEF marketplace. True to its name, it’s readily selling weapons.

WASHINGTON DID NOT SUGGEST RENEWING ARMS CONTROL NEGOTIATIONS, DESPITE BIDEN CLAIMING THEY DID, MOSCOW HAS SAID.

The US did not come up with any proposals regarding an arms control agreement that could potentially replace the landmark New START, or Strategic Arms Reduction Treaty, Russian Foreign Minister Sergey Lavrov said on Wednesday.

“At the current state of foreign relations development, they didn’t even propose to renew these talks… No requests on reopening this negotiating process have been made,” Lavrov told a press conference during his trip to Myanmar.

He noted that the West “has developed a habit of making announcements on the microphone and then forgetting about them.”

Lavrov also commented on the possible participation of China in arms control negotiations, saying that the decision will be made only by Beijing itself. “The Americans know our stance on this matter perfectly well,” he said.

According to Lavrov, the latest talks on replacing New START after it expires in 2026 were held last year. After two rounds of discussions on the matter, the US side took a break, he said.

The Russian foreign minister’s remarks come after US President Joe Biden said that Washington is ready to negotiate “a new arms control framework” with Russia.

“Today, my administration is ready to expeditiously negotiate a new arms control framework to replace New START when it expires in 2026. But negotiation requires a willing partner operating in good faith,” Biden said on Monday, referring to the landmark document that puts caps on the number of strategic nuclear missiles and warheads held by Russia and the US.

Biden also urged Beijing to join the dialogue on nuclear disarmament, saying that China “has a responsibility” as a nuclear weapons state “to engage in talks that will reduce the risk of miscalculation and address destabilizing military dynamics.”

Moscow has repeatedly called on the US to unconditionally extend the deal for another five years, while Washington during Donald Trump’s presidency floated various proposals on its amendment, saying in particular, that it wants China to join. Shortly before the treaty was set to expire in February 2021, it was extended after Biden was sworn into office.

Beijing, however, rejected attempts by the former US administration to drag it into the framework and declined to join talks on the expansion of the US-Russia agreement. China has argued that its nuclear arsenal is too small compared to the stockpiles maintained by the US and Russia.