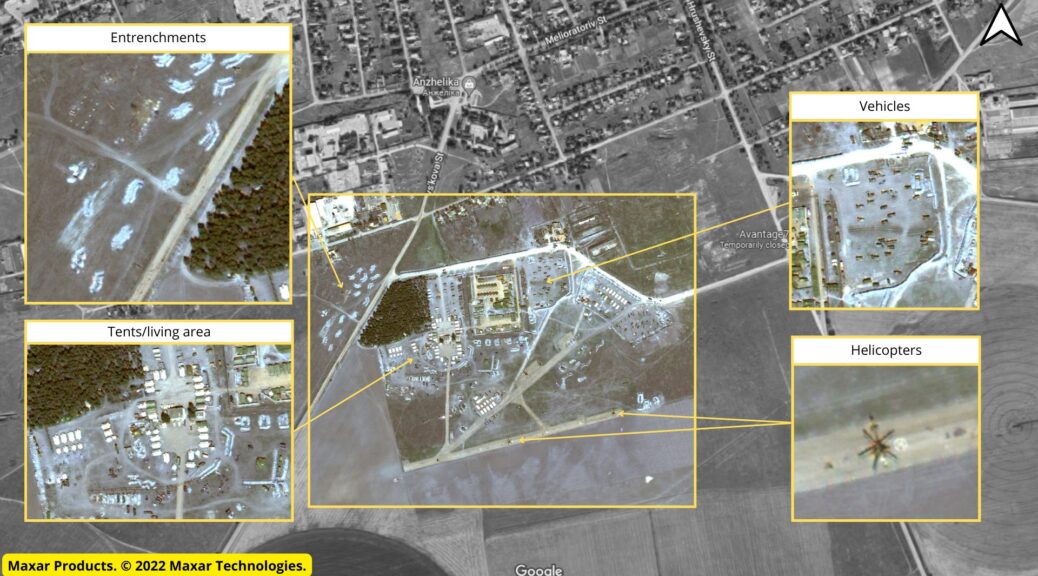 One thing I had not appreciated today is that Ukraine has a 3:1 advantage over Russia.

Has anyone realized that the Ukraine army is probably being directed by NATO commanders? That this is actually a NATO versus Russia war?

Think about it: AFU men have been trained in NATO tactics and communications methods, and use NATO equipment and weapons. So it would be easy for NATO generals and staff in Brussels — or the Pentagon — to essentially get in the driver’s seat and direct the AFU to do it’s bidding.

So these losses on the part of the AFU are actually NATO losses.

This matters because the Russians have been in essence fighting with one hand tied behind their back — because they explicitly want to cause as little damage as possible to civilian infrastructure — and on top of that they’ve been fighting with an extremely small army compared to the defenders.

This might be why NATO has no intention of committing American or European troops and really going to war with the Russians — because they ARE fighting a war against the Russians. And losing spectacularly.

“Bomb” ex- CIA analyst: “Ukraine is over – Russian strategy will be taught in war manuals”

“The Russian forces, which numbered 200,000 men, managed with maneuvers and deceptions to pin down 600,000 Ukrainian Army. “The Russians have adopted an improved version of the American Desert Storm operation, fixing superior Ukrainian forces.”

These are the words of two former analysts and CIA intelligence officers.

In particular, the former CIA analyst, Larry Johnson, stressed that “the Russian siege of Kiev for the past three weeks was intended to commit Ukrainian forces and reserves in the protection of the Ukrainian capital.

“Thus, Russia was able to conduct large-scale operations in the east and south of the country.”

The result is that Russia is now redeploying its forces by transferring aid from Kyiv, Chernihiv, Sumy and the Russian hinterland. At the same time, Ukrainian forces are scattered, trapped and exhausted.

The US Pentagon has said that only 20% of the Russian forces in Kyiv are being redeployed and that a major Russian offensive is under way in other parts of Ukraine.

Satellite images show that the Russians have set up a large military base in the Chaplynka area of ​​Kherson. Helicopters, TOMA, tanks have been transported while fortifications have been created. This base will be the center of Russian operations in Southeastern Ukraine.

They will “cut” the country in two: Great redistribution of Russian forces with the aim of definitive division of Ukraine!

On the same wavelength is former US intelligence officer Scott Ritter, who said:

“The Russian campaign in Ukraine will be included in the war maneuver manuals.

During the special operation in Ukraine, the Russian army skillfully used the tactics of false maneuvers, thanks to which it managed to gain an advantage over the superior enemy forces.

Russia has launched a special operation in Ukraine with far fewer troops. The Armed Forces of the Russian Federation could have a maximum of 200 thousand soldiers while the Ukrainian forces had at least three times the superiority as they reached 600,000 soldiers.

The maneuvering strategy of Moscow

And, since Moscow was not going to bet on the enemy’s damage, it had to maneuver in the conduct of hostilities.

In a maneuvering strategy, the psychological rather than the physical aspect always prevails. And it focuses mainly on the tactical, not the strategic level. Thus, the Russian army needed to form a theater of operations that was convenient for itself. To do this, the Russians had to control how Ukraine would use its numerically superior powers, while sharing its own combat power to achieve its goals.

In Russia’s strategic plan, in order to facilitate maneuvering between the southern, central and northern fronts, it was necessary to build a land bridge between Crimea and the Russian Federation. And the control of Mariupol was a critical factor in these efforts.

At the same time, it was impossible to allow the higher numerical forces of the Armed Forces of Ukraine to have the opportunity to stop the operation in Mariupol. That’s why the Russian attack pinned down the main Ukrainian concentration of forces in the east, and drove them away from Mariupol, which was stripped and reduced.

This was done using many strategic support companies:

side maneuvers, anchoring operations and deep attacks. We are talking about the concept of false maneuvering – something similar used by the US military during the famous Operation Desert Storm.

A Marine landing force then threatened the coast of Kuwait, forcing Iraq to defend itself against an attack that never came, and the 1st Cavalry Division actually attacked Wadi al-Batin to suppress the Republican Guard.

The maneuvers of deception of the Russian Army

A similar maneuver was excellently implemented in Ukraine and Russia. First, the amphibious Russian forces off Odessa pinned down the Ukrainian Armed Forces stationed there.

Second, the false attack in Kyiv forced Ukraine to strengthen the defense of the capital. As a result, the Ukrainian Armed Forces missed the opportunity to send large numbers of military personnel to the east, to Donetsk and Lugansk.

Ukraine has amassed an estimated 60,000 to 100,000 troops in the Donbas region. Russia, on the other hand, has launched a large-scale offensive to keep these forces on full alert and to cage them at this point, depriving them of the possibility of maneuvering in conjunction with other Russian actions.

The Ukrainian Army is at a border point

And the support of the company from the territory of the Crimea and the establishment of control in Kherson extended only the land corridor that was created.

In addition, the Russian military carried out penetrating strategic attacks aimed at destroying the logistics, command and control of the Ukrainian army, as well as the air force and the support of large-scale fire.

As a result, today the Armed Forces of Ukraine run out of fuel and ammunition, the army can not coordinate maneuvers and has virtually no fighters. And this should also be considered a sure success for the Russian troops.