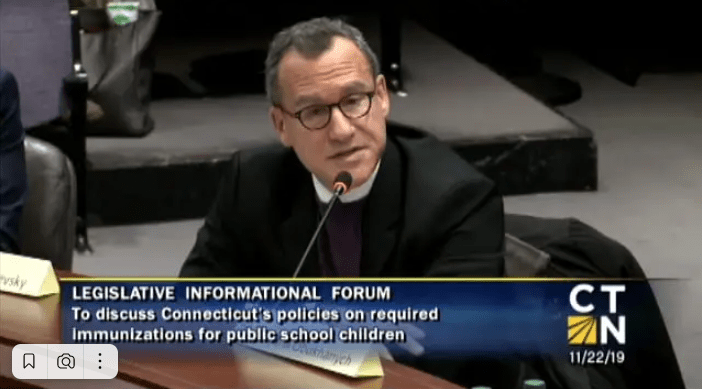 “Drug companies were very concerned about being able to develop drugs. So, to get the drugs into the brain. So they used something called a nanoparticle.

It shows (now) in animal studies that they were able to do this. They then were able to take an emulsifier, which is something that’s good with water and fat (it can dissolve in both) and if they added the emulsifier to the nanoparticle (that was bound to the drug), they could increase drug entry into the brain 20-fold.

(This is right out of animal studies that I’ve found) So you have a drug, you have a nanoparticle and you have this emulsifier (bound together). (This combination gets quite easily into the brain)

Vaccines are constructed the same way.

You have the vaccine viruses and bacteria that are bound to a nanoparticle, called aluminum. That aluminum (which is a nanoparticle) has, by definition, the potential to enter the brain.

Most vaccines also contain polysorbate 80 or sorbitol. Both of those compounds are emulsifiers.

This raises a question:

“If the vaccine model is the same model as the model that the drug companies are using to enhance the delivery of drugs into the brain. Then is it possible that vaccine ingredients are making their way into the brain of our children?”

That could explain why so many parents are watching their kids deteriorate after vaccinations, even though the doctors, the media and the government say: absolutely no connection. Even though the science suggests that there is (a connection).

You cannot find a single study in the literature that addresses whether the injection of aluminum into the body penetrates the brain.

Whether any vaccine ingredients enter the brain and whether polysorbate 80 enhances the delivery of any of those ingredients into the brain.

And when I could not find those studies… I was concerned, because I’m told and you’re told the vaccines are evaluated and very very distinctly tested for safety.

Yet, you can not find a study that says if aluminum stays in the blood or get into the brain of children.

Does aluminum take other vaccine ingredients into the brain that don’t belong in the brain?

Because when ingredients that don’t belong in the brain get across the blood-brain barrier, they cause inflammation.