The more we need sovereignty and resilience the further we move away from it.

First, you use neoliberalism to privatise the industry because it is inefficient,

Then, the private owners mothball the whole thing backed by the government of the day. This is the very definition of fascism.

“Following the election of the reformist Fourth Labour Government in 1984, the Petroleum Sector Reform Act was introduced. This Act deregulated the petroleum industry, with 1,500 workers expected to lose their jobs.

The Refinery assets were transferred by the Government to the New Zealand Refining Company Limited, a consortium of the five major petrol retailers. BP, Mobil and Z Energy are currently major shareholders.

The Government injected $80 million to enable the company to adapt to the new environment.

A major efficiency drive was launched to cut operating costs.”

In Conversation with Brad Flutey & Craig Kelly of Dig In At Marsden.

At the time of recording, Dig In At Marsden had spent 187 days outside Marsden Oil Refinery, in protest at its recent decommissioning by this labour govt.

The closure of this important piece of NZ infrastructure holds huge significance for every Kiwi -whether we each realise it yet, or not.

It is clear that it is a seminal part of this government steering us off-course, towards a future in which our once proud and independent People will have a severely-reduced ability as a functioning, self-reliant and sovereign nation.

Given the absolute importance of Marsden Point there is almost nothing in the media. 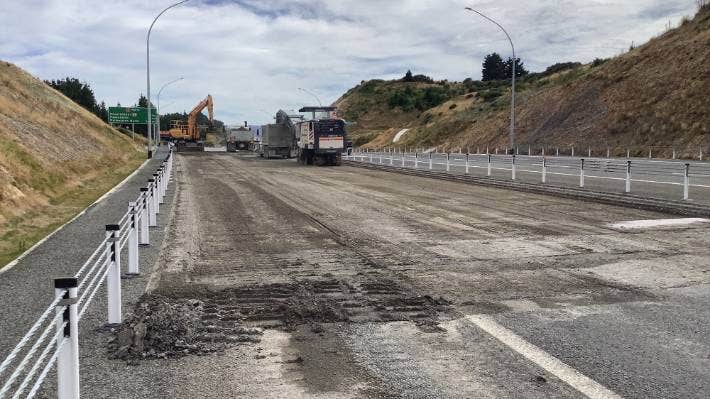 Major repairs are underway on Transmission Gully to fix problems with the road’s surfacing.

Photos provided by Waka Kotahi NZ Transport Agency show large sections of the road’s pavement have been torn up and relaid by rollers on site last week.

Sources close to the project indicated there were issues with the chip seal and milling which had resulted in water coming up through pavement and flooding the road surface.

The issues add further delays and uncertainty to the already troubled road, which has missed five opening day deadlines in two years.

“The revelation that the government is allowing the Marsden Point Oil Refinery pipes to be filled with concrete shows an astonishing level of economic ignorance,” says Rt Hon Winston Peters Leader of New Zealand First.

“At a time when we have massive shortages of supply, a looming economic crisis, and prices of oil and other essential materials going through the roof, Labour is allowing this kind of short-sighted jingoistic behaviour to occur by a foreign company on kiwi soil.”

“The simple fact is New Zealand needs to be open to looking at all options moving into the future that could give us economic flexibility and certainty to achieve a degree of self-sufficiency.”

“This removal of any future use of these pipes at Marsden Point is not a part of the decommissioning process – it is a private company being allowed to commit blatant economic treason,” says Mr Peters.

“The Energy and Resources Minister Megan Woods needs to explain how this can be occurring under her nose at such an important and economically fragile time in our country.”

One thought on “How Marsden Pt. Closure Affects Your Life. Dig In!”