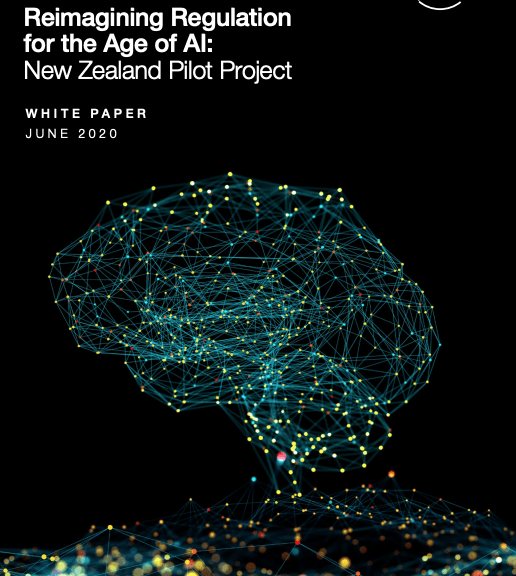 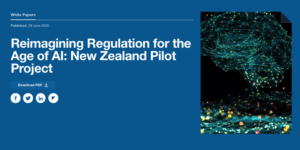 New Zealand is the sponsor government for this project. A number of initiatives in New Zealand – such as the government’s Algorithm Assessment Report,13 the Centre for AI and Public Policy, Otago University report, Government Use of AI in New Zealand,14 and the AI Forum of New Zealand’s work on AI in the economy and society15 – have raised the importance of AI and explored opportunities, but the government has not yet developed an AI strategy.

This project is seen as an opportunity to work with leading experts in AI to help New Zealand shape its domestic position on emerging technologies. New Zealand has expressed interest in working with the Centre for the Fourth Industrial Revolution on this topic, given the need for a global, multistakeholder perspective on the complex question of regulating AI. New Zealand has been keen to work with the Centre to identify tools and approaches that would promote innovation, protect society and build trust in AI use. Its view is that ethical frameworks need to underpin technology development, and New Zealand’s bicultural foundation and multicultural make-up means it is committed to working with communities to build and maintain social licence for the use of technologies.

In this paper, social licence is defined as people giving approval to an organization they deem trustworthy enough to undertake specified, potentially risky activities. This trust needs to be gained by building constructive relationships with stakeholders.16 Key to gaining social licence is demonstrating that respect for human rights and the willingness to operate ethically informs the work being done. Social licence is clearly highly contextual to a specific nation, state, or community.

As an example, within New Zealand, nationwide discussions will have to involve New Zealand’s indigenous people, the Māori, and their worldview that everything living and non-living is interconnected. People act as kaitiaki (guardians) to preserve the land and everything on it, including intangible items such as data. Building trust and gaining social licence within a New Zealand context must recognize this Te Ao Māori worldview and have Te Tiriti o Waitangi (New Zealand’s founding document) and its principles at its heart.17 Having different voices and viewpoints in conversations and decisions is vital to stop the risk of creating new digital divides. It will also be important to prioritize people’s well-being, in line with the government’s commitment to improving the well-being of all New Zealanders. This work is focused on promoting higher living standards and greater intergenerational well-being for New Zealanders, making sure the four capitals of human, social, natural and financial/ physical are strong and working well together. 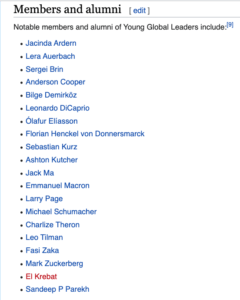 This is a NZ company 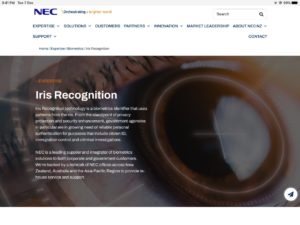 Will NZ be the First Cashless Society ??

After being sent a link to a survey from the Reserve Bank of N.Z asking New Zealanders what there thoughts are on a Digital Currency I had to share as this goes hand in hand with the last video I did and some information my Father gave me regarding the Nationalisation of New Zealand to a Foreign Power on his death bed.
Sadly by the time you view this video the survey will no longer be available, also it was only put out last week so New Zealanders only had about a week to take part in it even if you knew about it at all. The NZ Government is rolling this A.I based network out so freaking fast and behind everyones backs
Kiwis should certainly be very concerned.
Link below !! https://www.rbnz.govt.nz/notes-and-co… 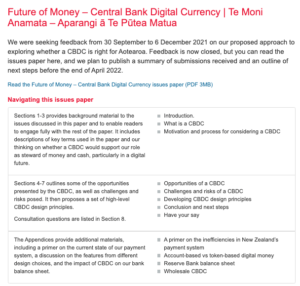 At the Reserve Bank of New Zealand – Te Pūtea Matua (the Reserve Bank) we characterise our mandates, roles and responsibilities in terms of the Tāne Mahuta narrative (depicted in the following Introduction). In this metaphor, central bank money forms part of te Toto, the sap of the tree representing our financial system (Tāne Mahuta). We have a role in ensuring that te Toto is healthy and resilient, thereby supporting the rest of the Reserve Bank’s strategic roles and mandates as represented by other parts of Tāne and his ecosystem.

As kaitiaki o te toto – the steward of money and cash in New Zealand – we aim to ensure that central bank money contributes to a sound and dynamic monetary and financial system by being:

This objective reflects the fact that central bank money (whether in physical or digital form) plays an underpinning role in ensuring that all prices are set in New Zealand dollars and that people can confidently expect to be able to make payments and settle debts in New Zealand dollars now and into the future.

Trends in cash use and innovation in money present an opportunity for the Reserve Bank to consider broadening central bank money to include a widely available digital form, and so continue to meet the needs of New Zealanders. The declining use, acceptance and availability of cash in New Zealand, and emerging innovations in private money, namely stablecoins, make this an opportune time to consider a central bank digital currency (CBDC).

The Reserve Bank’s initial CBDC considerations are focused on the public policy case for, or against, a CBDC that would be available to all individuals, communities and businesses. We refer to this as a ‘general-purpose’ CBDC, which we will shorten to CBDC in this paper.

Following on from Future of Money – Stewardship paper, this issues paper sets out the Reserve Bank’s view of the high-level policy opportunities and challenges that a CBDC may confer. In this sense it can be thought of as a discussion on the in-principle case for a CBDC. In practice the exact costs and benefits of a CBDC will depend very much on specific design details that we are not yet at the point of considering. Instead, this paper is intended to explain to the public how we see the abstract advantages and disadvantages, costs and benefits, and risks and opportunities that a CBDC might offer. It is intended as the starting point for a conversation with stakeholders on the potential role of a CBDC for New Zealand.

Developing a CBDC would require long lead times given the inherent complexities, multiple design choices and policy choices to be made. This means we will need to take a multi-stage approach to policy development, with this Issues paper being the first of many should we confirm our position on the case for a CBDC.

A CBDC directly supports the role of central bank money as a value anchor by:

A CBDC both directly and indirectly provides a fair and equal way to pay and save by:

Finally, a CBDC and its ecosystem (including the distribution model) have the potential to act as a catalyst for innovation and competition in the wider money and payments ecosystem. This could bring improvements to domestic payments’ efficiency and resilience, as well as enable New Zealand to take part in global initiatives that use CBDCs to improve cross-border payments.

However, a CBDC is not without challenges:

Given its assessment of policy issues, the Issues paper proposes a set of high-level design principles that would need to be incorporated in a CBDC issued to all. The Reserve Bank invites your feedback on the CBDC policy analysis and design principles.