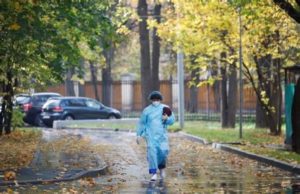 Here’s how they crushed Mayor Sobyanin’s vaccine passport – and it was pretty simple. Moscow residents simply stopped frequenting any business that required a vaccine passport.

The really beautiful thing about this was that the vaccinated people stood in solidarity with the unvaccinated. Business trickled to near zero at all establishments where the vaccine passport was required.

Moscow residents let their hair grow out, skipped going to bars and restaurants, didn’t go to the movies, didn’t stay in hotels or do anything else that required a vaccine passport.

Business owners from all over the city were suddenly calling Mayor Sobyanin’s office to chew his ear off about the vaccine passports. They were going broke, and they were mad as hell about it.

Marina Zemskova, the head of a regional hotel and restaurant association in Russia, said the vaccine passport turned out to be worse for business than a full lockdown. At least if there was another lockdown, she notes, businesses “could count on some kind of government support measures.”

There’s no government support coming under a vaccine passport system. What the not-very-elite elites failed to anticipate about Moscow residents was they would simply not participate in the scam at all.

The business owners were so infuriated with the mayor that Sobyanin made a sudden, surprise announcement on July 19th that nobody needs to use a vaccine passport anymore. He made up a hilarious excuse, claiming that COVID case rates were all better suddenly, as the reason for lifting the QR code passports.

But everyone knew the truth. Moscow residents decided that their medical privacy and their right to travel is more important than whatever the people in charge were telling them.

It was a massive case of civil disobedience – and they didn’t even have to go outside and set things on fire in a big protest. All they did was say, “Any business that wants to see a vaccine passport from me is not getting any of my money.”

That’s how you do it.