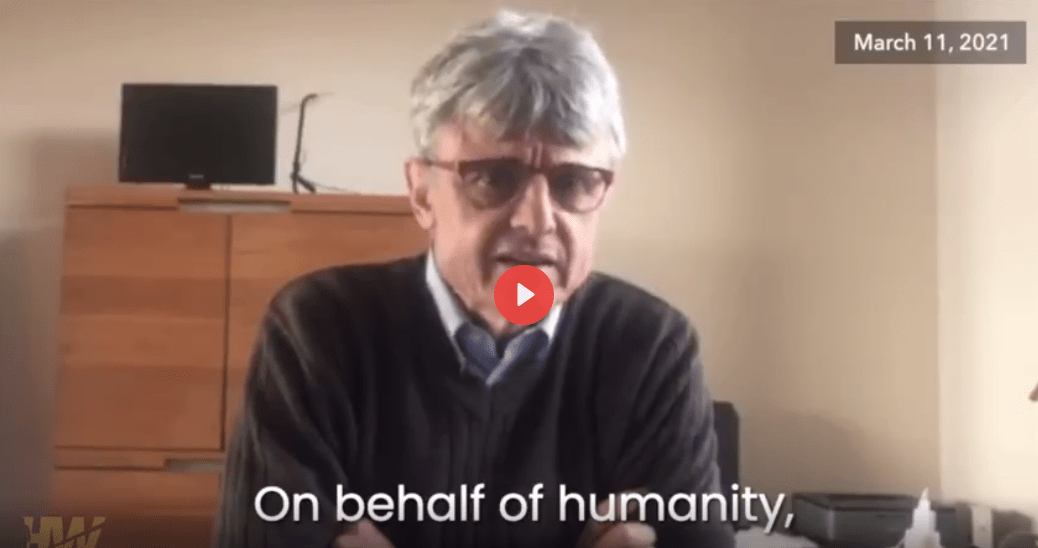 I have just come from watching an epic interview of Geert van den Bossche, which has just been posted as I am putting this article together.

It is the UNVACCINATED who have the potential to save humanity

However, I can say that it is perhaps one of the most important statements (and warnings) I have heard.

The thoughts on this from Del Bigtree parallel my own in many ways.

Like Del, I have long not been in favour of mass vaccine programs and am usually drawn to alternative views of health and disease and am not an adherent of the germ theory of disease.

That would not draw me to listen to a vaccinologist unless he or she was putting their own reputation on the line to warn us of something serious. But events in the last year have made me more and more convinced we have to listen to a wide range of voices.

Our lives depend on it.

I have been saying to my partner, Pam that the people who are putting their lives on the line are inevitably special people with the gleam of truth in their eyes.

I realise this is not universally so because there are some pretty ugly and toxic voices out there, one of whom has to be Rosemary Frei. I had always assumed that whatever our views on SARS-covid-2 we are all united in our opposition to the kill-shot.

But, it appears I was wrong.

Straightaway I stumbled over the naysayers who pointed towards articles by Frei.

I have no idea who she really is because I have only encountered her twice – both in articles trying to dismiss vanden Bossche.

I don’t know what her beef is because she appears, in calling Geert vanden Bossche a “fearmonger” and an agent of “disinformation” she is doing the work of the Mainstream and the vaccine-pushers very well.

I exposed Geert Vanden Bossche’s disinformation campaign in a March 16, 2021, article. Unfortunately, he continues to fear-monger, with the active support of high-profile leaders in the Covid-sceptic community.

It appears that those who push this are the same people who pushed videos of empty hospitals last year and seem to be stuck in 2020. Like the media voices these people usually do not discuss the science but jump straightaway to name-calling.

What these people are practising is what is called factionalism. There is always debate (sometimes fierce) and this is needed like nothing else.

What I get from listening to Geert vanden Bossche is that he MAY be wrong (let us all pray to God that he is!) but HIS VOICE IS ONE THAT IS IGNORED AT OUR EXPENSE.