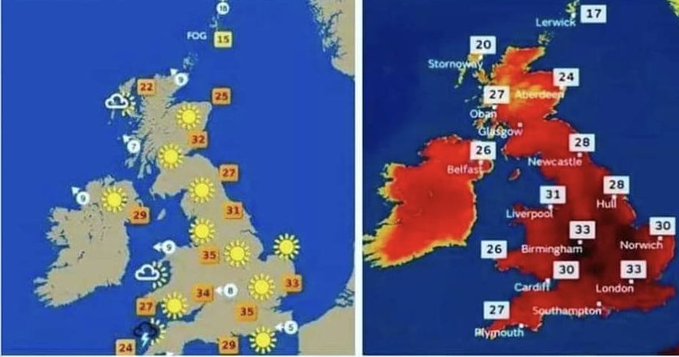 I have two prizes this morning for sheer lunacy that flies in the face of reality. First prize goes to Mike Adams of Natural News. 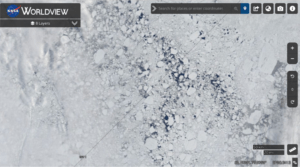 The next prize goes to the anonymous people pushing this tripe.

A new specialty of climate cardiology is needed to tackle the many links between climate change and cardiovascular health and simultaneously protect patients and the future of the planet, say experts in the open access journal BMJ Global Health

These are the headlines that are everywhere in Britain. 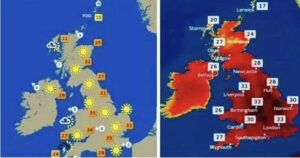 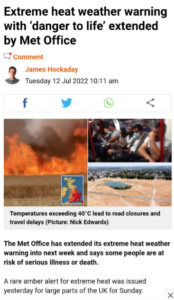 I can understand ordinary people’s scepticism especially when they point out the following.

There was a serious heatwave in 2003 in which many people died, especially in France.

But contrast the differing ways it was talked about – back in 2003 and now.

People have correctly pointed out other times when there were serious heatwaves and even (in the case of Australia, memory of serious wildfires were memory-holed). 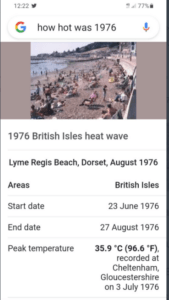 It seems to me that everything, but everything is social engineering.

Even when they are speaking the truth they are lying because they are always wanting to manipulate the public for some agenda.

So am I surprised when I see the following?

Sky U.K. and the Behavioural Insights Team, part-owned by the Cabinet Office, used behavioural science principles, including subliminal messaging, to encourage viewers to comply with the government’s ‘Net Zero’ agenda

Fresh from their success with using psychological warfare on British citizens to push Covid hysteria, the ‘Nudge Unit’ has been secretly collaborating with SKY News on Climate Change Propaganda; so says Toby Young

Now, we move over to Canada. It seems, our ‘friend’ Justin Trudeau has a similar (WEF) agenda to the Dutch prime minister.

Dutch farmers have been blocking highways, supermarkets and food distribution centres for the past week over a policy that is similar to what we could soon see in Canada
In fact, if Justin Trudeau isn’t careful, the next protest he sees might be tractors and farmers rather than truckers.
In Canada, the Trudeau government is moving forward with a plan to reduce emissions from fertilizer by 30% to help meet Canada’s greenhouse gas emissions targets. For most farmers, that means reducing fertilizer usage by 30%, which means lower crop yields, lower income for farm families and higher prices for families at the grocery store.
***
So, we have  a dictator  prime  minister  who  is  more than happy to shut down the backbone of Canada’s economy so Canada “makes its contribution”.
But, does anyone remember this?
Is this the same person? 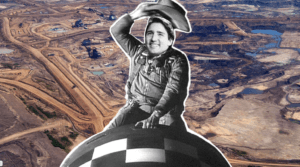 Over six years, the Liberals have faithfully served the tar sands barons

Just in case you are still harbouring any illusions about Trudeau and his government caring about the government….

The Pest Management Regulatory Agency (PMRA) is proposing to increase the amount of glyphosate (Roundup®) permitted in Canadian food. Maximum Residue Limits (MRLs) may be doubled, tripled or almost quadrupled for oats and bran, lentils, peas and 25 types of beans such as chickpeas, kidney beans and pinto beans, as well as nuts (almonds, pecans and walnuts, mostly coming from the US).

Same sort of hypocrisy and double-talk Down Under. For all her weasel words about climate change and the need for New Zealand to “do its bit” have you ever heard Adern express any concern about the country’s dependence on this dangerous weedkiller.

How about a ten-year plan to phase out its use?

But down here glyphosate is “safe and effective”

Glyphosate is farming’s favourite weed killer. Can NZ learn to live without it? Unacceptable traces of glyphosate in New Zealand’s honey has sparked a national discussion on the use of the chemical. But as Nick Stringer writes, a cost-effective alternative is hard to come by.

Every word coming out of the mouth of politician, every sentence written by compliant presstitutes is a lie.

That is because everything now is social engineering and that means that even when they are speaking the truth they are lying.

The people from the Right are beyond the pale because they refuse to accept the reality that climate change (along with a whole raft of interacting problems including a genocidal agenda involving mRNA and spike proteins).

The liberals are just as bad.

For the 11 years I have been writing this blog I have been fighting against the denial of the mainstream.

Now, they talk about it while aggressively denying evidence that indicates this is far more serious, and far more fast-moving than anything they admit with their half-truths.

Try to work out the logic of that!

Truth take a back seat to agendas and social engineering.

I am going to continue to try and get as close to a truth as I can and eschew the “one source of truth” whatever the cost is to me.

One thought on “Insanity, lies and misrepresentation”