This appeared in the Guardian today:

This is the essence of what the article I saying:

Carbon dioxide emissions have fallen dramatically since lockdowns were imposed around the world due to the coronavirus crisis, research has shown.

Daily emissions of the greenhouse gas plunged 17% by early April compared with 2019 levels, according to the first definitive study of global carbon output this year.

The findings show the world has experienced the sharpest drop in carbon output since records began, with large sections of the global economy brought to a near standstill. When the lockdown was at its most stringent, in some countries emissions fell by just over a quarter (26%) on average. In the UK, the decline was about 31%, while in Australia emissions fell 28.3% for a period during April.

And comes along with this graph –

I’m disappointed with the source of this data. The Guardian got their data from publication funded via advertising $ by Fortune 500 companies. C02 is just one of about 25 gases causing climate change. Humans are responsible for most of it and we are almost at the equivalent of 500 ppm when all of those are added in the overall picture. We are toast already. “


I concur, but will go even further.

I suspect that the figures that are given reflects what nations are telling the Agencies.

This is the reality of CO2 levels at Mauna Loa – it is HIGHER than it was a year ago.

Also look at the data for Eurasia from Copernicus.

None of it seems to bear out the claims from the Guardian article.

I remember a conversation I had with Paul Beckwith a few years ago after the Fort McMurray fires in Canada. I asked him about the contradiction between countries reporting declining CO2 levels and the actual situation of increasing concentrations.

What Paul told me at the time is that he feared it might be an indication that it may indicate that concentrations in the atmosphere might be coming from natural sources such as forest fires – in other words a positive feedback.

That is what I strongly suspect is the case here. None. of the data supports anything otherthing other than a deterioration of the climate situation and the state of the ice in the Arctic this melt season may well be the “proof in the pudding”.

I shall be watching this but probably not as closely as in previous years.

The Cape Grim program originated from a commitment by the Australian Government to the United Nations Environment Program in the early 1970s to monitor and study global atmospheric composition for climate change purposes. As a result, the Cape Grim Baseline Air Pollution Station (CG BAPS) first began measuring the composition of the atmosphere in April 1976 and has been in continuous operation since that date. 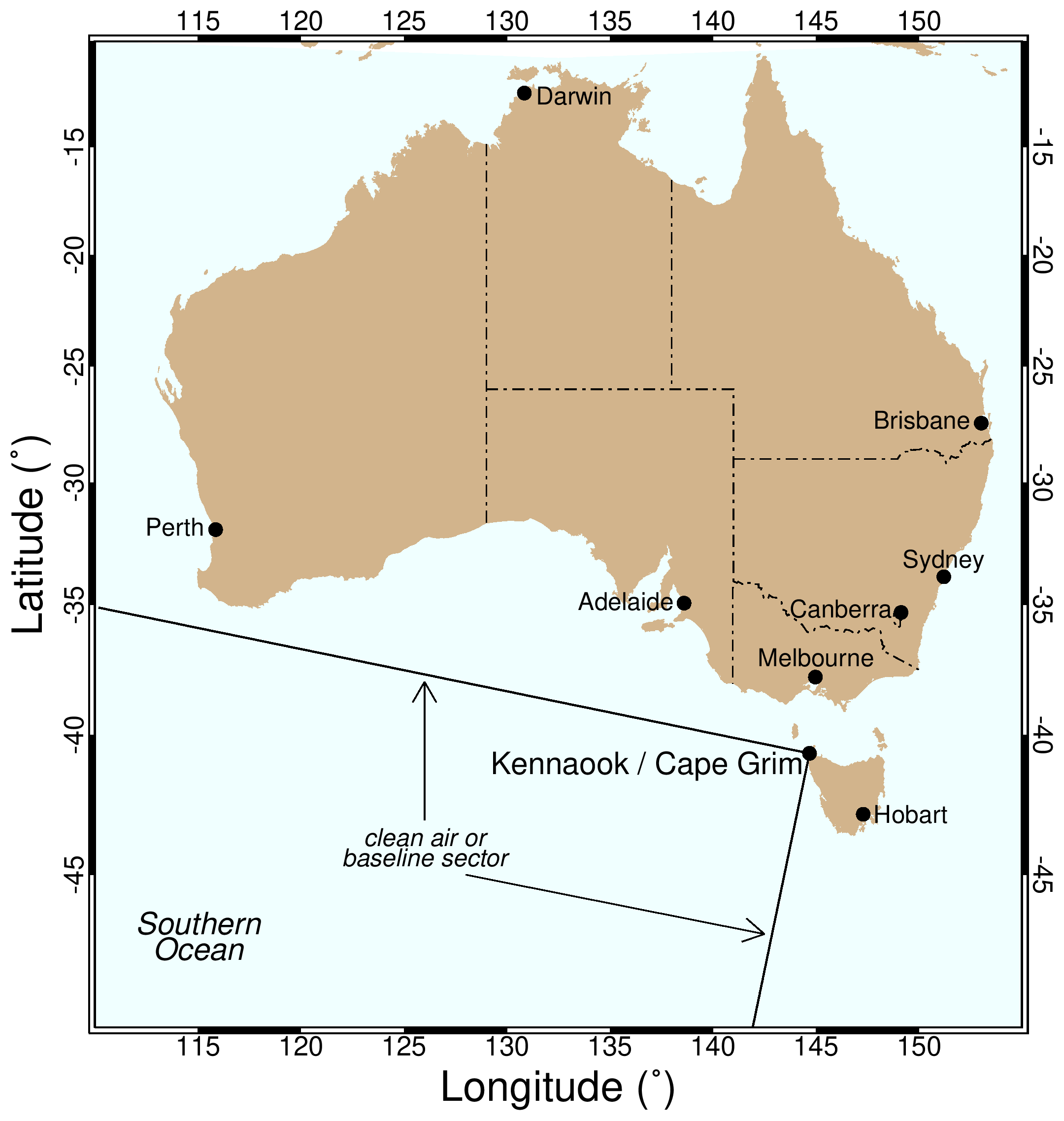 Cape Grim is a joint responsibility of the Bureau of Meteorology (BoM) and the Commonwealth Scientific and Industrial Research Organisation (CSIRO). The BoM funds and operates the CG BAPS. CSIRO is responsible for the quality of the data and provides analysis, interpretation and modelling of the results. All data are made available to interested parties – Australian government agencies, industry, the public and international agencies.

Cape Grim data are more valuable than ever in understanding how our atmosphere is changing, as we track progress towards the goals of the Paris Agreement.