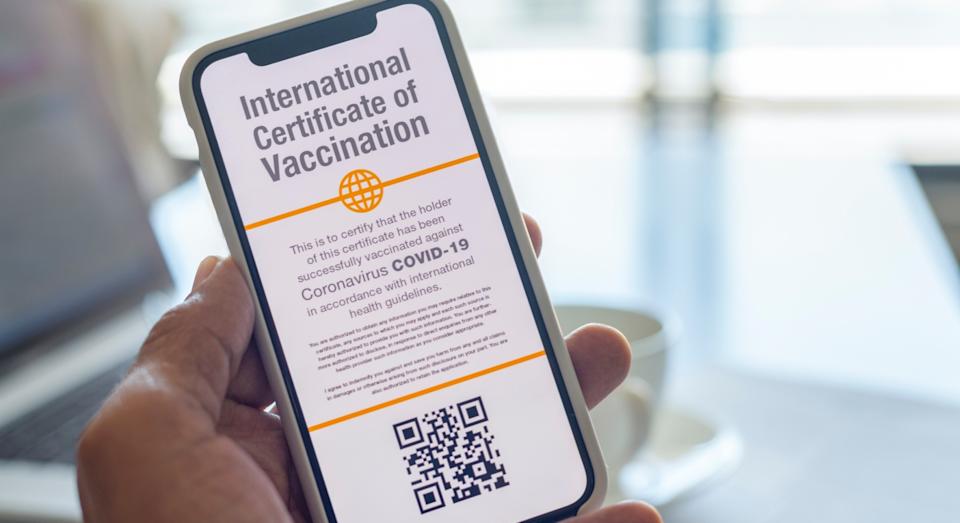 A centralized system to track the vaccinated by digitally identifying individuals based on whether they’ve taken an experimental product from a pharmaceutical company was a bad idea from the start.

Far from benevolent, the primary stakeholders establishing a vaccine passport already had a dismal track record in the public eye when it comes to trustworthiness, fairness, freedoms and the law. Centralizing societal power in the hands of a Big Pharma/Big Tech/Big Government triumvirate would have likely turned out to be a historically foolish misstep for America and humanity.

As states began in rapid succession to fight vaccine tracking and passports using executive orders and legislative means, the White House saw the writing on the wall and hit eject…fast.

“The government is not now, nor will we be supporting a system that requires Americans to carry a credential. There will be no federal vaccinations database and no federal mandate requiring everyone to obtain a single vaccination credential,” White House press secretary Jen Psaki told reporters at a briefing.

Embattled Governor Andrew Cuomo and New York were left hanging in the wind after implementing their vaccine passport system, before the ‘Great Reject’ began happening in other states and then culminating with the White House exiting the idea.

Perhaps not fully trusting the Biden administration at its word, Republicans proposed a bill in the House of Representatives called the ‘No Vaccine Passport Act.’ Can’t get more obvious than that.

The Washington Times writes, “If passed as written, the bill would prevent the federal government from issuing paperwork that private businesses could then check to confirm whether or not a potential customer has been vaccinated.”

“Additionally, the bill would effectively ban members of Congress, such as its sponsors, from having to be vaccinated against COVID-19 in order to access the U.S. Capitol and adjacent office buildings.”

How and why did the government efforts to force the vaccine passport system fail so fast and miserably?

The cover once offered by the early ‘fog of war’ stages of the Covid response—which allowed unscientific, societally crippling decisions to ripple across the globe—is no longer there. Indiscriminate and widespread lockdowns, prolonged school closures, universal masking of children and the open elimination of ‘nonessential’ economies, all in the name of fighting Covid, have left populations bitter and emotionally scarred.

None of the moves made by the Science™ crew ‘stopped the spread.’ Waves continued, variants emerged and the most vulnerable perished.

Despite Big Tech censorship efforts, many credentialed scientific, medical and health professionals have stood up against several of governments’ failed public health efforts.

Kentucky Senator Rand Paul urged every American to “throw away their masks, demand their schools be open, and live your lives free of more government mandates and interference. Burn your vaccine passport if they try to give it to you, and vote out any politician who won’t do the same.”

Science™’s tone-deaf move tried to ram vaccine passports down the throats of a broken, demoralized people who were still trying to rebound from previous terrible ideas from public health experts. It was a mighty big  overstep which blew their cover and it failed.

In the mad rush to corral people into a vaccine tracking system based on the haves and have nots, public health, the medical system and governments openly toppled the central pillar of ethics that science is rooted in. And they did it in plain sight.

All Covid vaccines are experimental treatments.Those agreeing to receive them are agreeing to be participants in an ongoing medical experiment with several unknowns. For instance: longterm safety.

In pushing vaccine passports so aggressively, public health ‘experts’ have set back medicine and public trust over seventy years. The Nuremberg Trials Codes established, in the wake of horrific scientific abuse by the Germans during World War II, that coercion is verboten and informed consent essential for participants of medical experiments.

In the age of the Covid response, public health officially lost what remained of its soul. Common sense, empathy and decisions based on multidisciplinary input was replaced by top-down authoritarian edicts harkening back to the historic pages of brutal, inhuman regimens we were cautioned to never let take hold again.

In today’s inversion of reality, bedside manner has been replaced by hardened police batons. Medical advice within the once-coveted doctor patient-relationship comes with a “do as you’re told” threat with one’s ability to function in society hanging in the balance. Public service announcements are now delivered by military armored vehicles wielding high-pressure water cannons alongside enforcers stampeding with impunity through peaceful crowds.

The vaccine passport op will seemingly no longer be pushed through government channels here in America. Corporations, however, are now exploring a handoff to take this medical fascism over the goal line.

But here’s the basic problem companies now face: People don’t want passports as a condition to return to ‘normal life.’ Any sector that tries to implement them (airlines, cruise ships, etc) will likely see those outlier companies who don’t participate in the scheme take the lion’s share of business. A corporate passport has to be a rapid, coordinated push and it has to be all or nothing.

Will the language in the bills and executive orders opposing vaccine passports also protect against one’s medical information being tied to a passive facial identification system? Much of the language centers around prohibiting governments from issuing paperwork, passes or standardized documentation and absolving citizens from having to provide such documentation.

What if the documentation is your face?