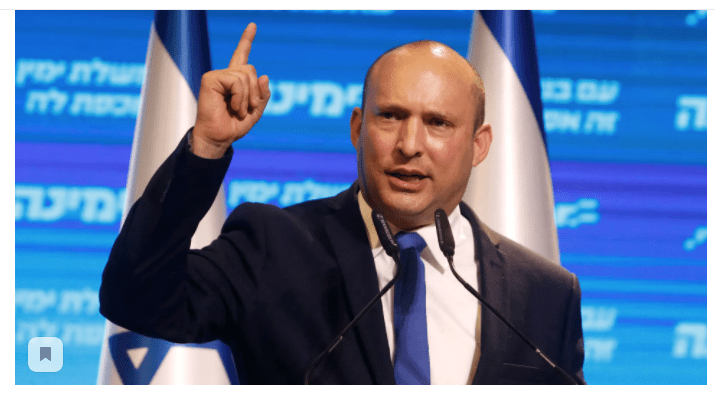 Did it Again! Beat Drudge and AXIOS by 36 Hours; Netanyahu Ouster Imminent

During the Friday Hal Turner Radio Show, I revealed to listeners that Israeli Prime Minister Benjamin Netanyahu was being ousted by Neftali Bennet of the Yamina Party.   36 hours later, Drudge Report and AXIOS are now reporting it too.

Here’s the headline from the AXIOS story:

Here’s a direct link to the AXIOS Story (HERE) which chronicles essentially the same information my listeners received on Friday night’s radio show.

Whole the situation in Israel remains fluid, and things still may change, there is likely a power sharing agreement which will result in the ouster of Netanyahu THIS WEEK, for the first time in over ten years.

Not only did the Hal Turner Show report this news over a day before Drudge and AXIOS, I beat the Jerusalem Post all the way over there in Israel as well!   Here’s their headline from Sunday Morning

They agreed that Bennett would serve first as prime minister until September 2023, after which Lapid would take over until the term ends in November 2025.

Barring last-minute unforeseen circumstances, Yamina leader Naftali Bennett will announce in a meeting with his faction on Sunday that he has agreed to form a coalition government with Yesh Atid head Yair Lapid, sources in the faction who spoke to Bennett told The Jerusalem Post on Saturday night.

Bennett informed Lapid of his decision on Friday. They agreed that Bennett would serve first as prime minister until September 2023, after which Lapid would take over until the term ends in November 2025. But sources in Yamina said there are still some disputes with Yesh Atid that remain unresolved.

Final coalition deals will be signed by Monday and submitted to the Knesset. The swearing-in ceremony could take place as early as Wednesday, but legally, once Lapid tells President Reuven Rivlin that he could form a government, he has a week to bring the government to a vote of confidence in the Knesset.
MKs and other candidates in Yamina who oppose building a coalition that would replace Prime Minister Benjamin Netanyahu will be asked to resign by Monday in order to be replaced by a candidate who would vote in favor of the government, because the support of at least six of the seven MKs in Yamina is necessary for a majority.
Sources in Yamina accused Netanyahu of lying about an agreement with Likud on a minority government being reached. They said the only agreements reached with Likud were about running together if there would be a fifth election.
In a three-minute video released on social media on Friday, Netanyahu said Likud and Yamina negotiators had reached what he called a far-reaching agreement, but Bennett refused to sign it. He said the agreement would create a coalition of 59 MKs, two less than is needed. Bennett has declined to form a minority government and urged Netanyahu to find two defectors.
Netanyahu accused Bennett of rejecting a right-wing government and instead seeking to become prime minister of a “government of the Left.”
“Naftali Bennett is running to the Left,” Netanyahu said. “This goes against all their principles and promises and everything necessary to guarantee the future of our state.”
Netanyahu noted that during Operation Guardian of the Walls, Bennett and his No. 2, MK Ayelet Shaked, ruled out a government of change. He warned that Bennett and Shaked were endangering the country, the land of Israel and the IDF.
“Either it was a show or they have no principles,” he said.
Netanyahu said it was not too late to reject Lapid’s offer to replace him.
EARLIER ON Friday, prior to the report, Lapid said that despite his meeting the day before with Bennett, he did not know whether he would succeed in building a coalition by the time his mandate to form a government from Rivlin will expire on Wednesday night. Lapid’s meeting with Bennett raised speculation that a government of change that would replace Netanyahu was on the way.
“I don’t know if we’ll form a government or not,” Lapid wrote on Facebook. “We’re leaving no stone unturned, doing everything we can – but it doesn’t just depend on us.”
Lapid said that what he did know was that even if he had many more seats than the 17 Yesh Atid won, he would try to form the unity government he was trying to build now with the same partners – from the Right, Left and center – which he said sends a message that different sectors of society do not hate one another and want to work for the greater good.
“Even if Yesh Atid had 40 seats, even if Netanyahu wasn’t there, it would still be the government we need,” Lapid wrote. “It’s the government the people of Israel need and the State of Israel needs – we need it like air to breathe.”
He said Israel needs a government in which Bennett and [Meretz leader] Nitzan Horowitz work together to improve the healthcare system, [New Hope chairman] Gideon Sa’ar and Labor head Merav Michaeli work together to reduce social gaps, and [secularist Yisrael Beytenu leader] Avigdor Liberman and [religious Zionist Blue and White minister] Chili Tropper find solutions together that allow Israel to be a Jewish state that respects the principle that religion cannot be coercive.
“I have reservations, of course, including the number of ministers that it looks like we’ll have, and the issues we’ve decided not to touch in the first year or two until we can bring about some stability,” he wrote. “But still, given all the options, this is the one I’d choose. I’d choose it because we need a government with religious and secular together, where Left and Right combine with a large national-liberal centrist bloc, where Jews and Arabs who think and say loudly that they believe in coexistence – living here together and in the rule of law – sit together.”
TO SUPPORTERS of Netanyahu, Lapid wrote that it was important to remember that in a lively democracy, sometimes the leadership changes.
“Compromise isn’t a dirty word, but the basis of shared existence,” he wrote. “People who think differently from us aren’t enemies and don’t want to harm us (and they’ll be the first ones to stand by our side against our real enemies – Hamas, Hezbollah, Iran). If we do form this government, then in six months there will be people who will be surprised to discover that it hasn’t made Israel less Jewish or less Zionist – it’s just reduced the level of violence and anger, brought about growth and prosperity, and reminded us that we’re better than what we have now.” 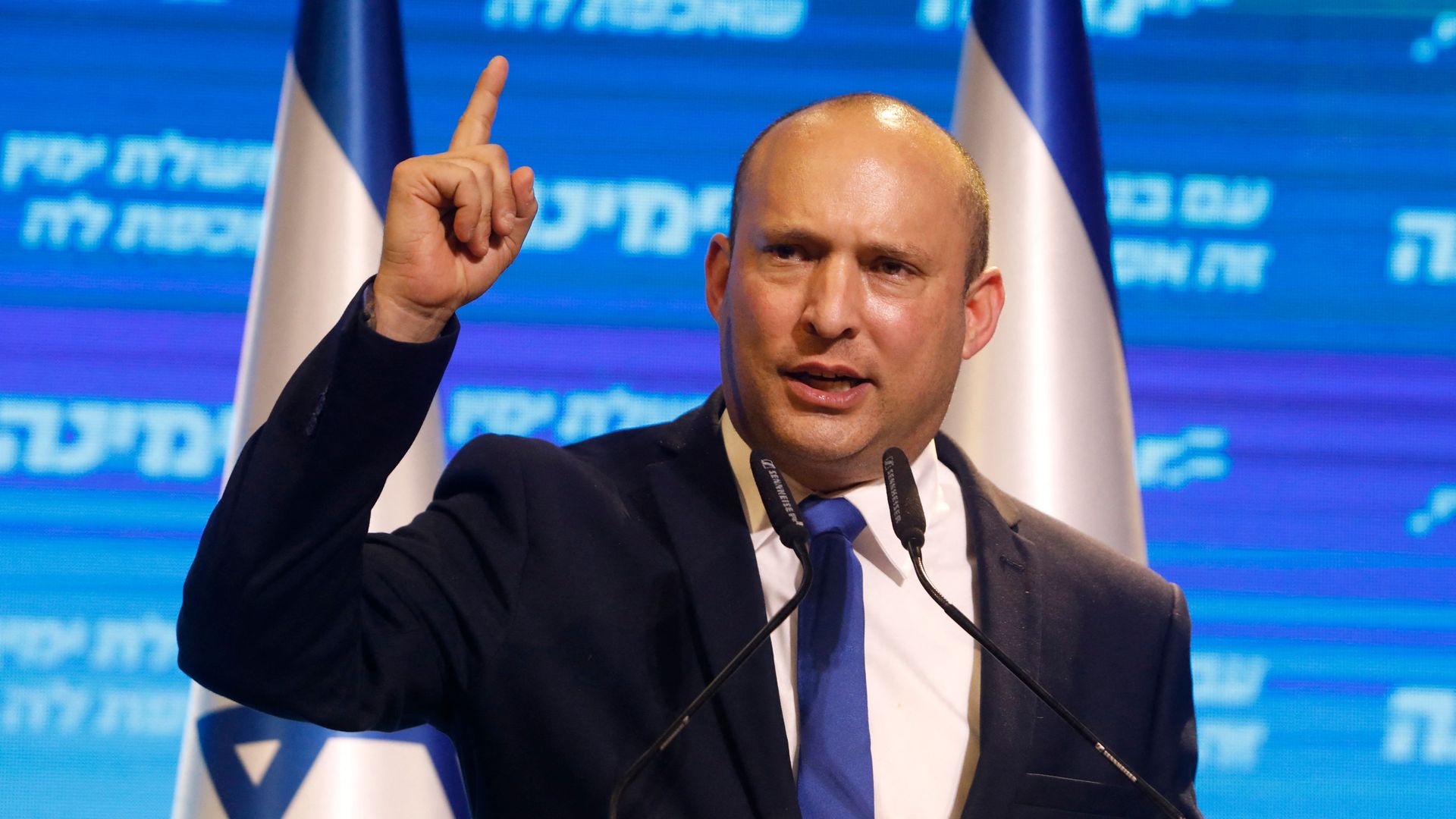 The leader of right-wing Yamina party Naftali Bennett could announce as early as Sunday that he is joining opposition leader Yair Lapid to form a power-sharing government in Israel, sources familiar with the issue tell Axios.