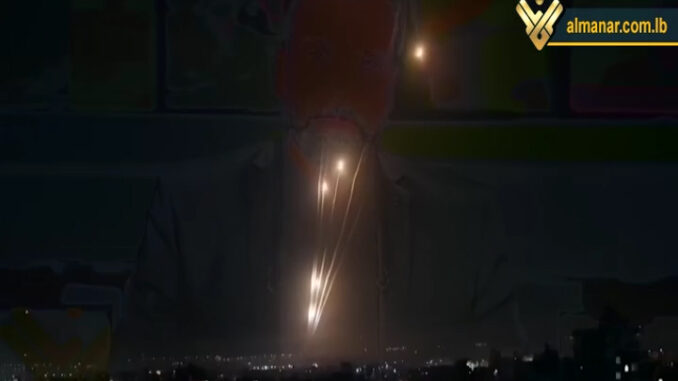 Operation “Sword of al-Quds” has inflicted grave economic and financial losses on the Israeli occupation. This is besides the Israeli fear of an intifada (uprising) by Palestinians living in the occupied territories, (who have being carrying out acts of popular resistance) that have paralyzed the economic cycle in the (1948 occupied) territories.

Has the operation laid waste to the Zionist entity’s dream of becoming the financial center of the Mediterranean coastline?

Over the past five years, the Zionists have been attempting to turn Tel Aviv into the hub of the Middle East following the recent discovery of oil in the Mediterranean. However, the Palestinian resistance’s strikes, its game-changing surprises, and its targeting of the occupation’s capital and its critical facilities (during the latest fighting) have complicated the matter further.

The economic losses incurred by the Zionist entity since the first day of operation “Sword of al-Quds” (as of May 14th 2021) are:

Furthermore, Zionist economic experts have stated that the continuation of the war will necessitate a transfer of emergency funds to the War Ministry, which comes at the expense of the budgets that were supposed to be used for private civilian needs.

This comes amidst the economic impact of the Covid-19 Pandemic on the (Israeli) entity, further complicating issues amid rising fears of the effect this might have on foreign investments in the occupied territories, which could very well lead to their cancellation.