ISRAEL: 50% OF NEW COVID CASES ARE AMONG FULLY VAX’D! 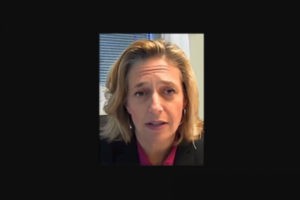 As of its most recent July 27 update on COVID vaccines, the Centers for Disease Control and Prevention (CDC) in the United States carries this statement:

“Infections happen in only a small proportion of people who are fully vaccinated, even with the Delta variant.”

That statement stands in stark contrast to what the Director of Public Health Services in Israel told television viewers of the CBS program, Face the Nation, on Sunday, reporting that 50 percent of new infections in Israel are from fully vaccinated people.

The Pfizer–BioNTech mRNA COVID-19 vaccine was the exclusive vaccine used to inoculate the broad population of Israel. It was also one of the two most highly-administered vaccines in the United States, with Moderna’s mRNA vaccine being the other. As of July 12, only 12.8 million people in the U.S. had been vaccinated with the Johnson & Johnson single-dose vaccine versus 146 million people in the U.S. that were fully vaccinated with either the Pfizer-BioNTech or Moderna vaccines, both of which require two doses.

Israel has been closely tracking the effectiveness of the vaccine over time and publishing its studies. These reports have critical implications for health policy in the U.S. – particularly when it comes to the need to protect oneself against waning immunity by wearing a proper mask.

On Sunday, Face the Nation included interviews with both Dr. Anthony Fauci, the Director of the U.S. National Institute of Allergy and Infectious Diseases (NIAID) who is also the Chief Medical Advisor to President Biden, as well as Dr. Sharon Alroy-Preis, the Director of Public Health Services in Israel.

Even though the COVID-19 vaccines were administered at roughly the same time in both countries (beginning in December of 2020 and expanded in January of 2021 and thereafter) Fauci parroted the view of the CDC, which differs dramatically from the facts on the ground in Israel.

When Face the Nation host, John Dickerson, asked Alroy-Preis about her biggest concern from the “uptick in cases because of the Delta variant,” she said this:

“…we are seeing about 50 percent of the people who are infected right now are vaccinated, fully vaccinated individuals. And so that is obviously of concern.”

If half the people becoming infected in Israel are fully vaccinated individuals, it stands to reason that the U.S. should be seeing a similar outcome in more heavily populated areas of the U.S. In fact, according to the CDC’s own data, in an outbreak in July in Barnstable County, Massachusetts (Cape Cod) 469 cases were detected among Massachusetts residents, with 74 percent of those fully vaccinated.

Pfizer CEO Albert Bourla has canceled his expected visit to Israel after it turned out he has not been vaccinated against the coronavirus.

Let that sink in a minute:  The CEO of Pfizer has not taken his own company’s vaccine.
What does that tell you about the so-called Vaccine?
Bourla, as well as members of the delegation that was meant to accompany him during his visit were not vaccinated.

As a result, it was decided to delay the visit.

Bourla said in December that he had not yet received the vaccine yet because he does not want to “cut in line,” and would wait until his age group is next in line for getting vaccinated.