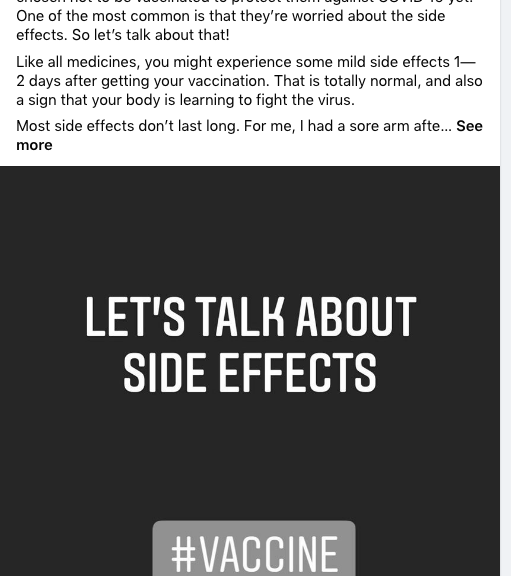 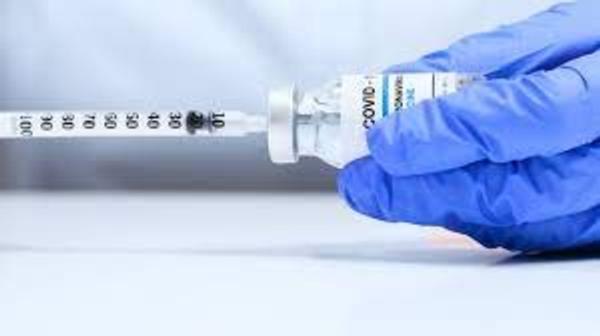 The New Zealand Prime Minister’s facebook page is still reeling from a PR (public relations) nightmare, after a post that encouraged the public to talk about vaccine side effects exploded.

On Saturday 25 September the NZ testimonials facebook page, which allowed members to report vaccine injuries direcly and had over 17,000 members, was shut down. The following day, Jacinda Ardern addressed the elephant in the room on her facebook page about the growing narrative of vaccine hesistancy, spurred by people sharing stories of the negative side effects of the vaccine including myocarditis, shingles, blood clots, heart attacks, seizures and death.

Unlike media, such as TV, print and online, social media is a two way communication and operating it gives a demographic of people who have had a negative perception of you or your company access to your entire audience.

The Prime minister told her own story of her post COVID vax experience stating she just had a sore arm and felt weary following it. A meme attached stated ‘Lets talk about side effects’ which in hindsight seems like perhaps it was a rhetorical question as what followed was over 19,800 comments, many of which were deleted by her admin team. Ardern’s FB posts typically attract between 2-3,000 comments.

One contributor who pulled an all nighter stated “New Zealanders essentially took down the government over it. Whilst she may have had Aucklanders in lockdown for two months, bankrupted businesses with her behaviour and now discriminated against people who are unvaxxed from attending events, I don’t think any indoor concert or game could have rivalled a ring side seat at last nights event. I ran out of popcorn.”

“How do you like the team of 5 million now Cindy?”

“Six hangings in Pukekohe and one in Tuakau”

“Her true agenda is no longer hidden it’s mass genocide”

“Where are all the deleted comments from side effect sufferers and their families who have been killed by the shots?? How dare you casually delete their stories. Their blood is on your hands.”

“I am a registered emergency nurse…we are always told to research, analyse and never write any academic paper with only one source, And this is exactly what you are doing.”

“How do you sleep at night? You know people are dying, children are dying? You offered one family $100K to keep their mouths shut.”

In several facebook groups including The NZ Health Forum discussions have been had as to whether the post was intended to weed out people who were standing against the governments narrative.

The most recent comment on Arderns facebook page addresses the new elephant in the room “Why aren’t mainstream media covering this when there is obviously so much public concern and harm resulting from the vaccine, especially to our children. It would suggest they are now merely government puppets.”

Similarly comments have been made charging Ardern with treason and calling for her arrest. 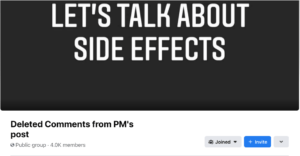 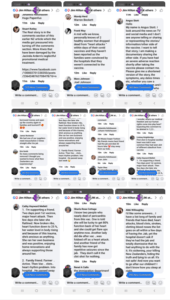