Today on TruNews, host Edward Szall, and the team the latest news from the US Capitol Police that they plan to launch field offices in California and Florida in response to the Jan 6 riot. Is this the beginning of a national police force first proposed by Barack Obama?

President Biden is planning on a nationwide door-to-door vaccination checks, enforced by loyalists to the Communist agenda.

A national police force is coming—here’s why…

Politicians have failed us, but that won’t stop them from creating a national police force 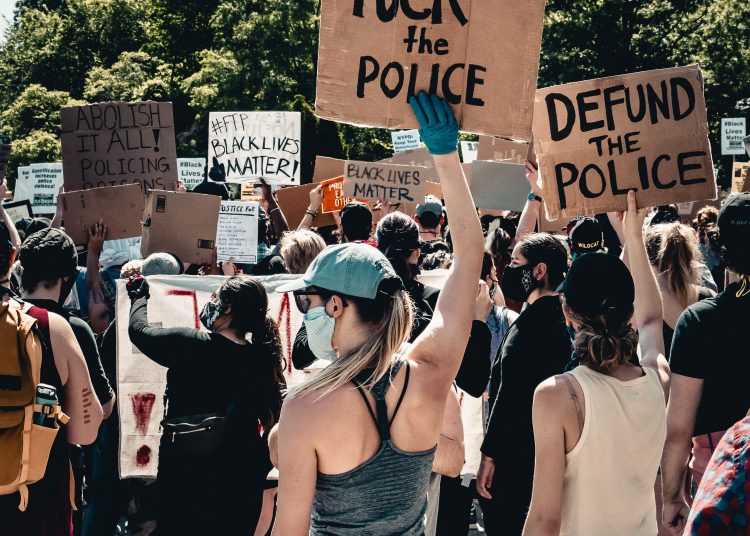 Instead of state and local police departments, a national police force may soon be the new reality of law enforcement in America. Sure, the idea may have seemed far-fetched this time last year. But now, discussions of abolishing or defunding law enforcement agencies are becoming increasingly mainstream—even despite some of the catastrophic political failures.

Several cities have tried their political best at defunding efforts. But quickly found out the hard way that knee-jerk political moves led to utter failure. Politicians from Minneapolis to New York, who vocally and radically moved to defund their police department ever-so-quietly tried to reverse their failed attempts at “re-imagining” policing in 2021. And while violent crime rates continue to soar, many politicians avoided calling attention to themselves as they replacing millions backs into the police budgets.

But as they say, the proverbial train has left the station—and America has been introduced to the idea of defunding and a national police force of some kind or another.

And despite the political mess, and skyrocketing crime rates, a recent survey indicated that nonetheless, 28% of Americans are already in favor of a national police department.

Step 1: Exploiting “lack of trust in the community”

The concept that the police must “reform” because the community doesn’t trust them is a joke. But unfortunately, it’s no laughing matter.

Ironically, while critics claim the proverbial “community” does not trust their local law enforcement agency, law enforcement overall has achieved a trust level well above almost every other profession, even according to more than 70% among African Americans.

Meanwhile, at rather hypocritically, the level of public trust regarding politicians and the media are in the proverbial gutter. Yet “trust” among the community—which includes criminals by the way—is such a vague and deceptive metric. And it seems everyone from police chiefs to so-called leaders of national police organizations are accepting lack of trust as a fact.

Indeed, the idea of “building” trust is a powerful weapon against law enforcement because there is no amount of break dancing, lip syncing or “community” policing that can overcome the liars that continue to drive a wedge between the police and the public.

There isn’t enough time in the day for us to fight back from the volume of lies and deception being told about law enforcement. From the media peddling the idea that “black women die every day at the hands of the police,” to Michelle Obama telling the world she’s scared that police will overcome the Secret Service and murder her daughters while driving a car—there is no end to the nonsense and the propaganda.

Even worse, lies are becoming beliefs faster than we can pick up our cellphones. But let’s be clear: the law enforcement profession today is better than it has ever been. But we live in a world where facts, truth, and reality hardly stand a chance against memes and insta-ganda.

Politicians found out in the 2020 election that any actual talk about abolishing the police is not popular with the public. But they’ve since figured out ways around that.

They are simply making the job impossible, which will essentially put the profession on a path to abolish itself. While the “anti-police” sentiment is driving cops away in record numbers, ending qualified immunity will seal the deal. If cops are placed in a position to do everything right but still face paying out millions in lawsuits, there will be no cops left. The propaganda machine has been working overtime on this issue and it has worked.

All of the above has left the country in a state of chaos. But here’s the reality: violent crime had the largest one-year spike on record in 2020. Although, it seems 2021 will break that record.

Meanwhile, not a day goes by without riots or protests and ambushes against cops are tracking to be the highest in history this year. Combine that with recent economic decline, and a perfect storm is indeed approaching on the horizon.

For the first time, the media is beginning to turn their attention to the rise in crime. And this is not because they all of a sudden want law and order. It’s being done to create a climate of public fear. Ironically, the rise in crime followed all of the so called necessary reform and defunding efforts. But to the media and the politicians, this will be the fault of the cops—because in case you forgot, all cops are “racist” cops and permitting thousands of young blacks to be murdered in the streets by criminals, while killing “black women” every day according to at least one prominent national media platform.

It will take more than sleazy politicians and the dishonest media to convince the public that local law enforcement is incapable of protecting their citizens. It will take an endorsement of a few key individuals and organizations. Unfortunately, this seems well underway…

While you may be looking for someone with legitimacy, just this week, Miami Police Chief Art Acevedo, who also serves as the president of the Major Cities Chiefs Association. Chief Acevedo said that the United States has “probably the most inefficient and ineffective policing model in the free world” when referring the “tens of thousands of police departments across the nation.”

While the comment is certainly self-righteous for a major city chief to say, the rest of us should take note that he is likely an unwilling participant in legitimizing and “imagining” a national model of policing.

Step 7: Selling the idea that somehow, the federal government can help

With the high crime and the chaos and of course all the racist, white supremacist cops, it seems only the federal government can save the day by taking control of law enforcement. After all, they are here to help us live better lives right? The selling of this absurd idea will likely ramp up heavily in the 2022 election cycle.

We are demanding that police organizations everywhere—including the International Association Chiefs of Police, The Fraternal Order of Police—to stand up and speak out. And we can only encourage citizens to recognize how woke-minded politicians have already failed, but are still trying to defund and re-imagine policing right before our eyes.

Speak out for justice, law, and order—and let your opinion be heard.

America is a nation that should be for the people, by the people—and never what the government and politicians tell us it should be, especially when they’ve already failed us…