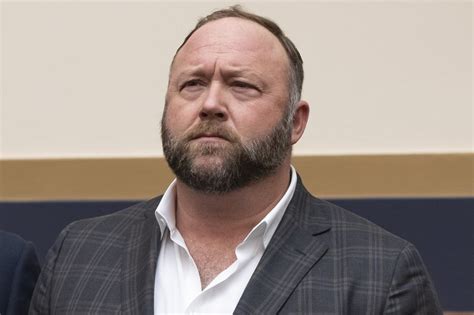 I have been watching the first part of an interview of Alex Jones by Del Bigtree of the Highwire.

I think Del is probably one of the best people to do that because he is so meticulous and fact-based and because he is open-minded and a good listener.

I have always thought Jones a blowhard who has an economic relationship with the truth and to some extent I still think that today although that has been somewhat modified by reading his recently-released book on the Great Reset: And the War for the World, which, I have to say is a pretty good bit of investigative journalism.

I agree with Del’s summation that we are all wired differently. Some of us are more careful whilst others are like warriors and run directly into enemy fire day after day, year after year.

There is always a pretty chance that there are going to be some major lapses of judgement and mistakes.

In the interview, there is more than a sense that Jones was built up into something he never was before Trump came onto the scene and Jones endorsed him very publicly. The Hillary Clinton campaign thought they could use Jones to build up Trump because they thought he was by far the easiest candidate to beat. 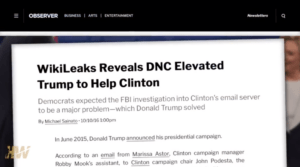 But this was a populist revolution and in 2015 Alex Jones ended up having an audience many times that of CNN. But this was not a problem until the unthinkable happened and Trump was elected president of the United States.

Having helped to build him up now Alex Jones and InfoWars had to be brought down and Sandy Hook was to be the way. If you have any doubts about the strategy you should be aware of this statement in court that appears in the video in which it is said that they want to bring Jones down and ensure that he can never build up again but also they say they want to prevent anyone who “peddles disinformation”, who goes against the narrative.

That is a chilling message to all dissidents.

Stand up and you will get the Julian Assange or Alex Jones treatment.

As we all know Alex Jones is the king of the conspiracy theorists and is a false flag man, so it was probably not difficult to persuade Jones that this was a false flag. The man that did that was Steve Pieczenik, who told Jones that “no, it’s really staged, believe me, you need to come out against this” .

In Jones’ own words Pieczenik was a former head of CIA psychological operations who was responsible for overthrowing governments, was in the CFR, and co wrote Tom Clancy’s books.

I was interested to learn that he was largely responsible for the murder of Italian Aldo Moro in 1978 – something that for me puts him completely beyond the pale. 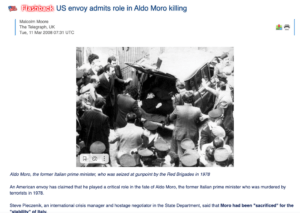 Here is more from, and about Steve Pieczenik.

Here, Pieczenik says he was the one responsible for getting InfoWars banned.

Some in InfoWars did not have the faith in Pieczenik that Alex Jones had:

BREAKING: Intelligence expert Steve Pieczenik claims 2020 election was a “sophisticated sting operation” that has trapped the Democrats in the most massive criminal election fraud in history… UPDATED

InfoWars host David Knight is now calling Steve Pieczenik a “CIA shill” and claims Pieczenik comes onto shows in order to “trap” hosts like Owen Shroyer in disinformation honey pots. In essence, Knight says Pieczenik is a liar who is fabricating this whole thing. See the video here, from the official David Knight Show channel on Brighteon.com:

Of course, a lot of what Jones says has the ring of trying to justify himself after the fact but there is a lot of material that does back up his version of events, especially relative to the lies of Democrat Party operatives and the media.

Alex Jones trusted Pieczenik (“he gave me thing after thing that was accurate“), and his claim is that over the years he gave comparatively little coverage to Sandy Hook and much of it was giving voice to others on his show with differing views.

The lie perpetrated by media is that he was completely insensitive to the parents of the children and never apologised or acknowledged that he had been wrong until forced to do so in the court cases.

But this cannot true because I heard several segments from as early as 2017 where he acknowledged he had been wrong and apologised to the parents of the Sandy Hook, including with Joe Rogan. 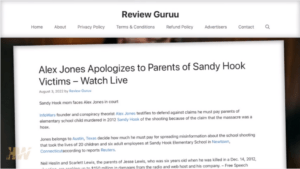 This video segment gives an idea of the corrupt, partisan atmosphere in the court.

Sandy Hook came along before I started paying attention but I can say that I remain uncomfortable with everything being labelled “false flag” although we see, time after time that the perpetrators of mass shootings are familiar to the authorities like the FBI and the sense that the shootings were allowed to happen.

As for crisis actors and the like I am always sceptical although open to being persuaded IF there is sufficient evidence.

Usually, we can never say for certain but there is often enough evidence to remain suspicious.

Getting back to Alex Jones I am sure that whatever fate befalls him (it does not matter how flawed his character) ultimately befall those of us that want to speak out and so it behooves us to pay attention and to support those who come under state repression.