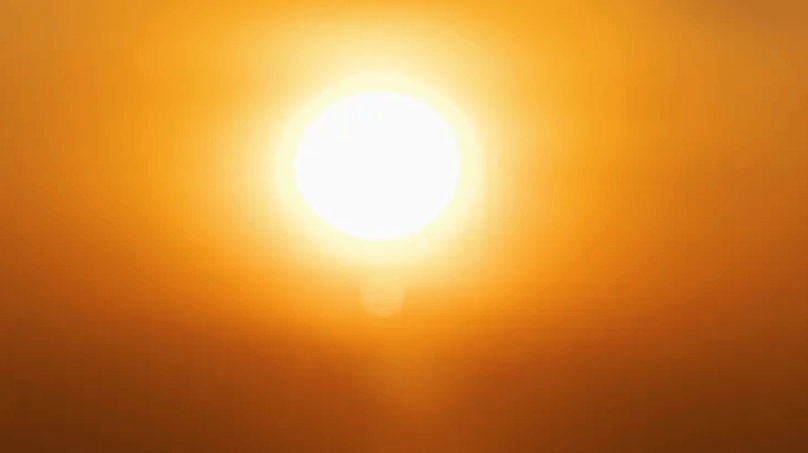 The White House is coordinating a five-year research plan to study ways of modifying the amount of sunlight that reaches the earth to temper the effects of global warming, a process sometimes called solar geoengineering or sunlight reflection.

The research plan will assess climate interventions, including spraying aerosols into the stratosphere to reflect sunlight back into space, and should include goals for research, what’s necessary to analyze the atmosphere, and what impact these kinds of climate interventions may have on Earth, according to the White House’s Office of Science and Technology Policy. Congress directed the research plan be produced in its spending plan for 2022, which President Joe Biden signed in March.

Some of the techniques, such as spraying sulfur dioxide into the atmosphere, are known to have harmful effects on the environment and human health. But scientists and climate leaders who are concerned that humanity will overshoot its emissions targets say research is important to figure out how best to balance these risks against a possibly catastrophic rise in the Earth’s temperature.

Getting ready to research a topic is a very preliminary step, but it’s notable the White House is formally engaging with what has largely been seen as the stuff of dystopian fantasy. In Kim Stanley Robinson’s science fiction novel, “The Ministry for the Future,” a heat wave in India kills 20 million people and out of desperation, India decides to implement its own strategy of limiting the sunlight that gets to Earth.

“Sunlight reflection has the potential to safeguard the livelihoods of billions of people, and it’s a sign of the White House’s leadership that they’re advancing the research so that any future decisions can be rooted in science not geopolitical brinkmanship,” Sacca told CNBC. (Sacca has donated money to support research in the area, but said he has “zero financial interests beyond philanthropy” in the idea and does not think there should be private business models in the space, he told CNBC.)

Harvard professor David Keith, who first worked on the topic in 1989, said it’s being taken much more seriously now. He points to formal statements of support for researching sunlight reflection from the Environmental Defense Fund, the Union of Concerned Scientists, and the Natural Resources Defense Council, and the creation of a new group he advises called the Climate Overshoot Commission, an international group of scientists and lawmakers that’s evaluating climate interventions in preparation for a world that warms beyond what the Paris Climate Accord recommended.

To be clear, nobody is saying sunlight-reflection modification is the solution to climate change. Reducing emissions remains the priority.

The idea of sunlight reflection first appeared prominently in a 1965 report to President Lyndon B. Johnson, entitled “Restoring the Quality of Our Environment,” Keith told CNBC. The report floated the idea of spreading particles over the ocean at a cost of $100 per square mile. A one percent change in the reflectivity of the Earth would cost $500 million per year, which does “not seem excessive,” the report said, “considering the extraordinary economic and human importance of climate.”

The estimated price tag has gone up since then. The current estimate is that it would cost $10 billion per year to run a program that cools the Earth by 1 degree Celsius, said Edward A. Parson, a professor of environmental law at UCLA’s law school. But that figure is seen to be remarkably cheap compared to other climate change mitigation initiatives.

Stratospheric aerosol injection would involve flying aircraft into the stratosphere, or between 10 miles and 30 miles skyward, and spraying a fine mist that would hang in the air, reflecting some of the sun’s radiation back into space.

“The top-line slogan about stratospheric aerosol injection, which I wrote in a paper more than 10 years ago — but it’s still apt — is fast, cheap and imperfect. Fast is crucial. Nothing else that we do for climate change is fast. Cheap, it’s so cheap,” Parson told CNBC.

One option for an aerosol is sulfur dioxide, the cooling effects of which are well known from volcanic eruptions. The 1991 eruption of Mount Pinatubo, for instance, spewed thousands of tons of sulfur dioxide into the stratosphere, causing global temperatures to drop temporarily by about 1 degree Fahrenheit, according to the U.S. Geological Survey.

There’s also a precedent in factories that burn fossil fuels, especially coal. Coal has some sulfur that oxidizes when burned, creating sulfur dioxide. That sulfur dioxide goes through other chemical reactions and eventually falls to the earth as sulfuric acid in rain. But during the time that the sulfur pollution sits in the air, it does serve as a kind of insulation from the heat of the sun.

“Sulfur pollution that’s coming out of smokestacks right now is masking between a third and a half of the heating signal from the greenhouse gases humans have already emitted into the atmosphere,” Parson said.

In other words, we’ve been doing one form of sunlight reflection for decades already, but in an uncontrolled fashion, explained Kelly Wanser, the executive director of SilverLining, an organization promoting research and governance of climate interventions.

“This isn’t something totally new and Frankenstein — we’re already doing it; we’re doing it in the most dirty, unplanned way you could possibly do it, and we don’t understand what we’re doing,” Wanser told CNBC.

Spraying sulfur in the stratosphere is not the only way of manipulating the amount of sunlight that gets to the Earth, and some say it’s not the best option.

“Sulfur dioxide is likely not the best aerosol and is by no means the only technique for this. Cloud brightening is a very promising technique as well, for example,” Sacca told CNBC.

Marine cloud brightening involves increasing the reflectivity of clouds that are relatively close to the surface of the ocean with techniques like spraying sea salt crystals into the air. Marine cloud brightening generally gets less attention than stratospheric aerosol injection because it affects a half dozen to a few dozen miles and would potentially only last hours to days, Parson told CNBC.

Cirrus cloud thinning, the third category addressed in the 2021 report from the National Academies, involves thinning mid-level clouds, between 3.7 and 8.1 miles high, to allow heat to escape from the Earth’s surface. It is not technically part of the “solar geoengineering” umbrella category because it does not involve reflecting sunlight, but instead involves increasing the release of thermal radiation.

Known risks to people and the environment

There are significant and well-known risks to some of these techniques — sulfur dioxide aerosol injection, in particular.

First, spraying sulfur into the atmosphere will “mess with the ozone chemistry in a way that might delay the recovery of the ozone layer,” Parson told CNBC.

The Montreal Protocol adopted in 1987 regulates and phases out the use of ozone depleting substances, such as hydrochlorofluorocarbons (HCFCs) which were commonly used in refrigeration and air conditioners, but that healing process is still going on.

Also, sulfates injected into the atmosphere eventually come down as acid rain, which affects soil, water reservoirs, and local ecosystems.

Third, the sulfur in the atmosphere forms very fine particulates that can cause respiratory illness.

The question, then, is whether these known effects are more or less harmful than the warming they would offset.

“Yes, damaging the ozone is bad, acid deposition is bad, respiratory illness is bad, absolutely. And spraying sulfur in the stratosphere would contribute in the bad direction to all of those effects,” Parson told CNBC. “But you also have to ask, how much and relative to what?”

The sulfur already being emitted from the burning of fossil fuels is causing environmental damage and is already killing between 10 million to 20 million people a year due to respiratory illness, said Parson. “So that’s the way we live already,” he said.

Meanwhile, “the world is getting hotter, and there will be catastrophic impacts for many people in the world,” said Pasztor.

“There’s already too much carbon out there. And even if you stop all emissions today, the global temperature will still be high and will remain high for hundreds of years. So, that’s why scientists are saying maybe we need something else, in addition — not instead of — but maybe in addition to everything else that is being done,” he said. “The current action/nonaction of countries collectively — we are committing millions of people to death. That’s what we’re doing.”

For sunlight-reflection technology to become a tool in the climate change mitigation toolbox, awareness among the public and lawmakers has to grow slowly and steadily, according to Tyler Felgenhauer, a researcher at Duke University who studies public policy and risk.

“If it is to rise on to the agenda, it’ll be kind of an evolutionary development where more and more environmental groups are willing to state publicly that they’re for research,” Felgenhauer told CNBC. “We’re arguing it’s not going to be some sort of one big, bad climate event that makes us all suddenly adopt or be open to solar geoengineering — there will be more of a gradual process.”

Research it now or be caught off guard later?

Some environmentalists consider sunlight relfection a “moral hazard,” because it offers a relatively easy and inexpensive alternative to doing the work of reducing emissions.

One experiment to study stratospheric aerosols by the Keutsch Group at Harvard was called off in 2021 due to opposition. The experiment would “threaten the reputation and credibility of the climate leadership Sweden wants and must pursue as the only way to deal effectively with the climate crisis: powerful measures for a rapid and just transition to zero emission societies, 100% renewable energy and shutdown of the fossil fuel industry,” an open letter from opponents said.

But proponents insist that researching sunlight-modification technologies should not preclude emissions-reduction work.

“Even the people like me who think it’s very important to do research on these things and to develop the capabilities all agree that the urgent top priority for managing climate change is cutting emissions,” Parson told CNBC.

Keith of Harvard agreed, saying that “we learn more and develop better mechanism[s] for governance.”

Doing research is also important because many onlookers expect that some country, facing an unprecedented climate disaster, will act unilaterally to will try some version of sunlight modification anyway — even if it hasn’t been carefully studied.

“In my opinion, it’s more than 90 percent likely that within the next 20 years, some major nation wants to do this,” Parson said.

Sacca put the odds even higher.

“The odds are 100 percent that some country pursues sunlight reflection, particularly in the wake of seeing millions of their citizens die from extreme weather,” Sacca told CNBC. “The world will not stand idly by and leaders will feel compelled to take action. Our only hope is that by doing the research now, and in public, the world can collaboratively understand the upsides and best methods for any future project.”

Correction: The Climate Overshoot Commission has not issued a formal statement of support for sunlight reflection