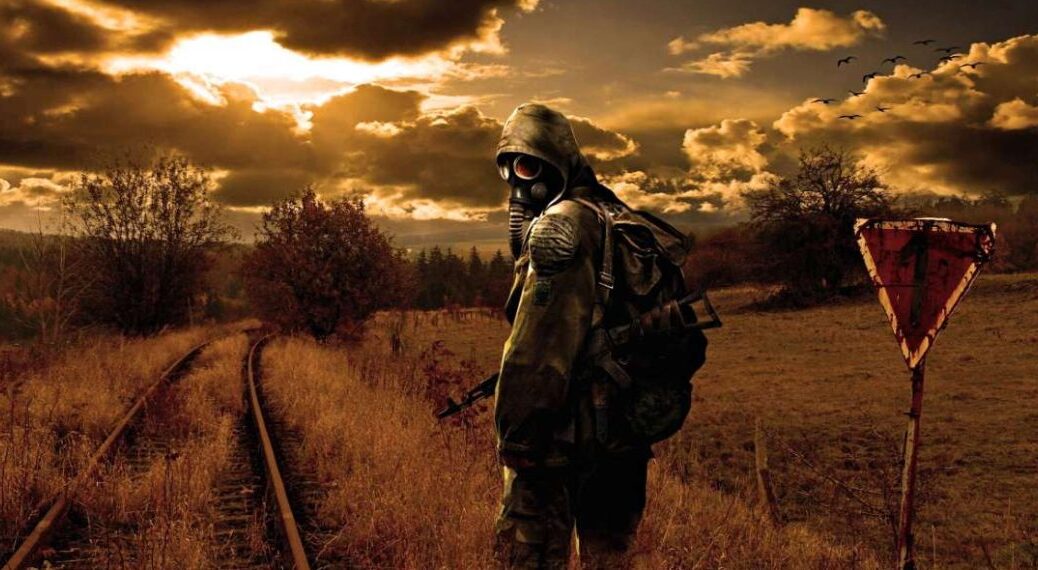 WarNews 24/7, which tells both sides of the story has just back on line.

Instructions to citizens of foreign countries in Kyiv: Prepare for a nuclear strike – They are handing out pills and leaflets – They are planning to evacuate the capital!

Officials in Kyiv say they have begun planning for a once-unthinkable possibility: a complete blackout that would require the evacuation of the nation’s capital!

What does this mean practically?

That 3 million inhabitants will have to leave the city in the middle of winter, which is a dramatic turn of the war, while 1,000 heated shelters are already being prepared.

According to the American newspaper New York Times, which publishes the information, Kiev authorities have begun planning to evacuate the city’s 3 million residents if the Ukrainian capital suffers a total blackout, as they struggle to maintain an electricity grid that has suffered severe damage from Russian missiles.

A complete blackout that would require the evacuation of the capital of 3 million was once an unthinkable possibility.

The situation as revealed by the New York Times is already dire with 40% of Ukraine’s energy infrastructure damaged or destroyed.

As winter approaches, the city is preparing 1,000 heated shelters that can also protect civilians from Russian missiles.

Most are inside educational facilities, but authorities have asked that their exact locations not be disclosed to avoid making them easy targets.

The huge strain on Ukraine’s ability to provide power is the result of widespread shelling by Russian forces of critical energy infrastructure across the country, a tactic analysts say Russian President Vladimir Putin has resorted to as his troops have suffered repeated failures on the battlefield.

The damage caused by the Russian strikes has caused renewed suffering for Ukrainian citizens and forced officials to consider the possibility that further damage could render them unable to provide essential services.

“We understand that if Russia continues such attacks, we may lose our entire electrical system ,” Roman Tkachuk, security director of Kyiv’s municipal government, said in an interview, speaking for the city.

Officials in the capital have been told they are likely to have at least 12 hours notice that the network was on the verge of failure.

If it gets to that point, Mr. Tkachuk said, “we will start informing people and asking them to leave.”

In turn, Mayor Vitaliy Klitschko said last week that due to the overloading of Ukraine’s energy system, 450,000 citizens’ apartments have been left without electricity.

This, according to the mayor, is one and a half times more than the previous days.
Earlier, Sputnik radio reported that Kyiv authorities admitted the possibility of a lack of heating in homes in winter.

The Serhiy Pritula Charitable Foundation in downtown Kyiv has a shelter in the garage under the building to protect its staff from conventional Russian attacks, and another in the event of a nuclear strike.

“The second shelter is properly equipped. It has medicine, food, drink and bottled water, flashlights and batteries ,” explained Serhii Pritula himself, television star and head of the foundation, to Politico.

“Predicting the movements of the Russian military and political leadership is always a difficult task if you use common sense. We became very unlucky with our neighbors. This is why we should take every nuclear threat very seriously and prepare accordingly,” he notes.

Earlier this month, Medvedev, who now serves as the deputy head of Russia’s Security Council, warned that Kiev’s goal of recapturing all of its lost territory was a “threat to the existence of our state and a mutilation of today’s Russia,” which in his words is a “clear reason” for Russia’s use of nuclear deterrence.

Oleksii Danilov, secretary of Ukraine’s National Security and Defense Council, called the nuclear threats a “suicidal act” saying “Russia will eventually turn into the No. 1 enemy of the entire planet.”

US President Joe Biden told Putin it would be an ” unimaginably grave mistake” to use a tactical nuclear weapon in Ukraine.

Ukrainians are preparing for everything

Such international warnings do not persuade Ukrainians who continue to prepare for the worst.

Authorities in the Kiev region have hundreds of shelters that could be used in a nuclear attack scenario.

“The last eight months have taught us that anything can happen. As an official, I am preparing for the worst possible scenario, but I hope everything will go well, ” Oleksii Kuleba, head of the capital’s military administration, told local media.

Kouleba added that the shelters are underground, have ventilation, two entrances and by November 15 they will also be equipped with radios. The latter are assumed by the Ukrainian authorities to be the only means of communication in the event of a nuclear attack.

Ukraine’s governing bodies have also published detailed instructions, based on the country’s experience from the Chernobyl nuclear disaster in 1986, on what to do in the event of a nuclear strike.

“The use of nuclear weapons against Ukraine is considered unlikely, and the main goal of these threats is to frighten the Ukrainians and the world and force us into retreats, and our partners into reducing support to Ukraine,” the instructions state, but added that “at the same time, the Ukrainians should have an action plan in case of emergencies: be it the use of nuclear weapons, or a ‘dirty bomb’ or an accident at a nuclear power plant.”

The guidelines include recommendations for everything from urging citizens not to look toward the explosion (“when you see lightning in the sky or its reflection, never look in that direction”), to cover their ears to avoid possible damage from the shock wave and remove clothing that has been exposed to radiation .

“Run to a shelter as soon as you are able to stand on your feet, when the shock wave from the use of nukes has passed,” they urge.

In early October, the capital’s administration announced it had enough potassium iodide pills, a drug that prevents the absorption of radioactive iodine by the thyroid gland, to distribute to medical facilities and family doctors “in case of a radioactive threat or emergency.” .

“If evacuation is deemed necessary, potassium iodide will be distributed at evacuation points to the sections of the population exposed to the radioactive zone, in accordance with the recommendations of health professionals,” the administration continues.

At the same time, many Kyiv residents are taking their own protective measures.

Kristina Ryabtsina, a stylist who lives in Kyiv and is originally from Donetsk, tells Politico that she bought potassium iodide from a local pharmacy.

“I really want to believe that there will be no nuclear attack. But unfortunately, we have this insufferable neighbor, so we can’t help but think that this absurd thing might be possible,” he says.

“Buying the potassium iodide was probably a way to deal with my fear,” she adds . I haven’t ignored the danger and that means I can get on with my life. But obviously I understand that this is not a countermeasure that will save us in the event that this threat becomes a reality.”

Instructions for citizens of foreign countries

In recent weeks, staff at a European-funded program in the country (and who asked the program not to be named) have been instructed in the event of a nuclear attack or the use of a dirty bomb.

“Nuclear detonations can cause significant damage and loss, through the shock wave, heat and radiation, but there are steps you can take to reduce the effects,” the guidelines state, recommending: “if you are informed of an impending attack, enter immediately to the nearest building, preferably underground, and move away from windows.’

The instructions go on to explain how radioactive waste is cleaned up, how the electromagnetic pulse can damage electronic equipment and how to seek advice on possible evacuation.

Should the attack take the form of a regular nuclear strike on the front line, away from Kiev, then “the only plan of action for our personnel in Kiev is to get into cars and cross the Polish border within hours” , said a European citizen in the country working on the program who spoke to Politico on condition of anonymity.

In the first line

Ukrainian soldiers on the front lines have also been given potassium iodide pills and trained to respond appropriately in the event of a nuclear strike. However, representatives of the defense ministry and the military declined to explain exactly what this training entails.

Pritoula, however, does not expect that the nuclear threat will be removed soon.

“The threat of using a nuclear weapon against Ukraine or any other country in the world will exist as long as the Russian Federation continues to exist,” he argued.