Regardless of your feelings toward internet entrepreneur Kim Dotcom, he’s clearly an intelligent man with connections to the inner circles of global finance. But even if he was an average Joe, the Twitter thread he posted Sunday should ring true. One does not have to be a millionaire or economist to look at the current state of affairs in America and across the globe to realize we are in huge trouble.

In the 14-Tweet thread, Dotcom highlights the fiscal woes that have plagued the United States for decades. Many have rightly pointed out how, as Dotcom does in the thread, the only thing keeping the U.S. and global economies afloat is the perception of a strong dollar. With the New World Order pushing for The Great Reset, it seems as if the trap is in the process of being sprung.

In the end, we all lose. This is why I have been strongly recommending moving wealth or retirement assets to precious metals. We have two sponsors for this, Liberty Gold Guy for physical precious metals and JD GoldCo for a wide array of products.

Below is Dotcom’s thread. He asks in the beginning “what are they planning?” and he finishes by asking “what is the endgame?” These questions are one in the same. The plans of the globalist elites will take us to their endgame, which is why the time is now to take this threat seriously. Even if you’re like me and have mostly dismissed economic fearmongers in the past, we must recognize that this scenario is completely different. Things are getting bad. It’s time to hunker down for ourselves and our families even as we fight to save the nation.

Build your own med-kit by filling it with various Med Packs of your choosing. You know what you need.

This may be the most important thread I ever make. Big picture stuff about the major global collapse that is coming. I will try to help you understand why the future is not what we’re hoping for. It’s worse than most can imagine. Our leaders know. But what are they planning?

The United States did not have a surplus or a balanced budget since 2001. In the last 50 years the US only had 4 years of profit. In fact all the profit the US had would not be enough to pay for 6 months of the current yearly deficit. So how did the US pay for things? 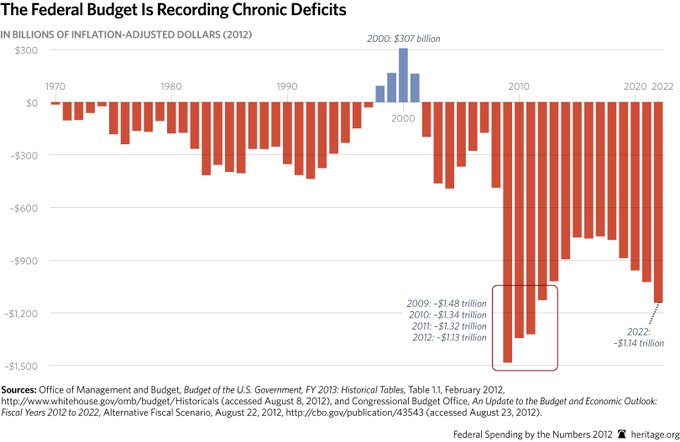 US spending and debt have spiraled out of control and the Govt can only raise the money it needs by printing it. That causes inflation. It’s like taxing you extra because you pay more for the things you need and all your assets decline in value. See the US money printing frenzy: 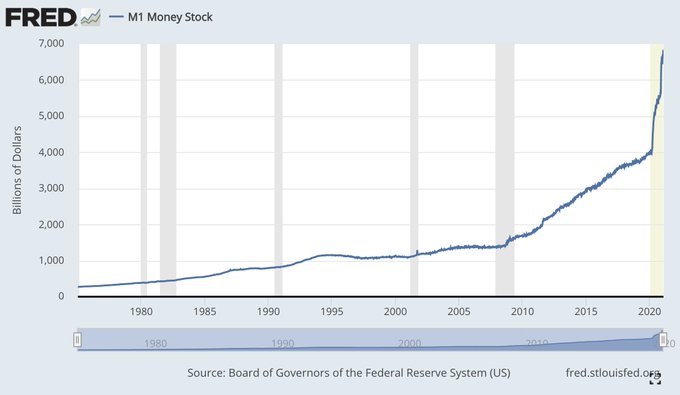 The reason why the US got away with it for so long is because USD is the worlds reserve currency. Nations everywhere hold USD as a secure asset. So when the US Govt prints trillions it’s robbing Americans and the entire world. The biggest theft in history.

The problem is that this has been going for decades and there’s now no way to fix it. The reality is that the US has been bankrupt for some time and what’s coming is a nightmare: Mass poverty and a new system of control. Let me explain why this isn’t just doom and gloom talk.

Total US debt is at $90 trillion. US unfunded liabilities are at $169 trillion. Combined that’s $778,000 per US citizen or $2,067,000 per US tax payer. Remember, the only way the US Government can operate now is by printing more money. Which means hyperinflation is inevitable.

The total value of ALL companies listed on the US stock market is $53 trillion. The real value is much lower because the US has been printing trillions to provide interest free loans to investment banks to pump up the stock market. It’s a scam. Most of the $53 trillion is air.

The value of all US assets combined, every piece of land, real estate, all savings, all companies, everything that all citizens, businesses, entities and the state own is worth $193 trillion. That number is also full of air just like the US stock market.

Let’s do the math:

hat’s $66 trillion of debt and liabilities after every asset in the US has been sold off. Do you understand?

So even if the US could sell all assets at the current value, which is impossible, it would still be broke. The US is beyond bankrupt. This patient is already dead. This patient is now a zombie. You probably wonder why are things still going? Why didn’t everything collapse yet.

It’s all perception, denial and dependency. The perception is that the US has the largest economy and the strongest military in the world. But in reality the US is broke and can’t afford its army. The denial is that all nations depend on a strong USD or global markets collapse.

The reason why the US zombie keeps going is because the end of the US is the end of western prosperity and an admission that the current system failed as a model for the world. It doesn’t change the reality. The collapse is inevitable and coming. What are our leaders planning?

You may have heard about the ‘great reset’ or the ‘new world order’. Is it a controlled demolition of the global markets, economies and the world as we know it? A shift into a new dystopian future where the elites are the masters of the slaves without the cosmetics of democracy?

Without a controlled demolition the world will collapse for all, including the elites. The world has changed so much and nothing seems to make sense anymore, the blatant corruption is out in the open, the obvious propaganda media, the erosion of our rights. What’s the end game?