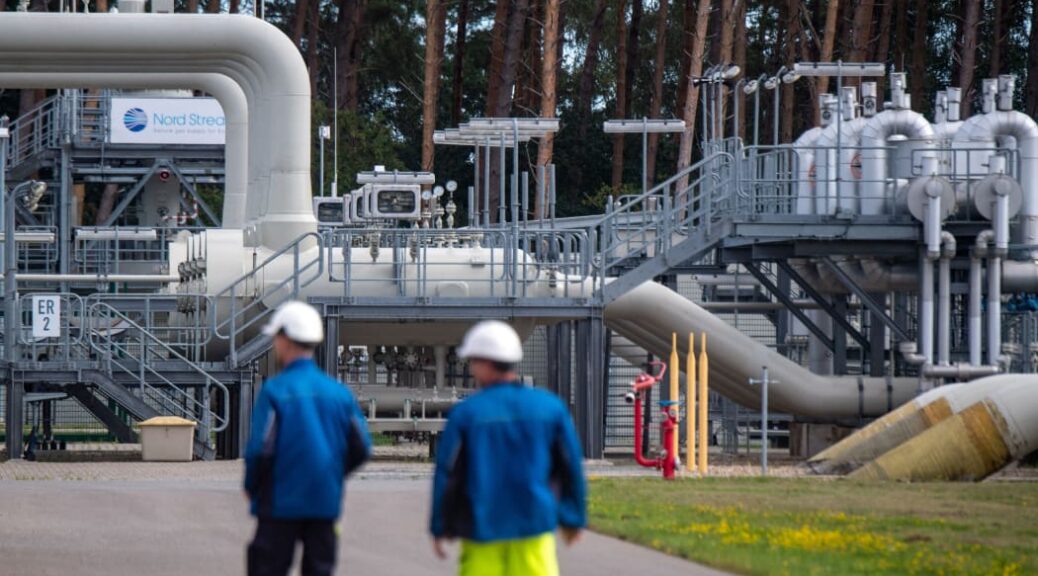 “The leaks were very large and it could take perhaps a week for gas to stop draining out of the Nord Stream 2 pipeline, the head of Denmark’s Energy Agency Kristoffer Bottzauw said.

Ships could lose buoyancy if they entered the area.

“The sea surface is full of methane, which means there is an increased risk of explosions in the area,” Bottzauw said.”

Europe was investigating major leaks in two Russian pipelines that spewed gas into the Baltic Sea as Sweden launched a preliminary probe into possible sabotage to infrastructure at the centre of an energy standoff.

But it remained far from clear who might be behind any foul play, if proven, on the Nord Stream pipelines that Russia and European partners spent billions of dollars building.

“We have established a report and the crime classification is gross sabotage,” a Swedish national police spokesperson said.

Poland’s prime minister blamed sabotage for the leaks, without citing evidence. The Danish premier said it could not be ruled out.

Russia, which slashed gas deliveries to Europe after the West imposed sanctions over Moscow’s invasion of Ukraine, also said sabotage was a possibility and that the leaks undermined the continent’s energy security.

“We see clearly that it’s an act of sabotage, related to the next step of escalation of the situation in Ukraine,” Polish Prime Minister Mateusz Morawiecki said at the opening of a new pipeline between Norway and Poland.

The Nord Stream pipelines have been flashpoints in an escalating energy war between capitals in Europe and Moscow that has damaged major Western economies, sent gas prices soaring and sparked a hunt for alternative supplies.

Denmark’s armed forces on Tuesday released a video showing bubbles boiling up to the surface of the sea. The largest gas leak had caused a surface disturbance of well over 1 km (0.6 mile) in diameter, the armed forces said.

Sweden’s Maritime Authority issued a warning about two leaks in the Nord Stream 1 pipeline the day after a leak on the nearby Nord Stream 2 pipeline was discovered that prompted Denmark to restrict shipping and impose a small no fly zone.

The leaks were very large and it could take perhaps a week for gas to stop draining out of the Nord Stream 2 pipeline, the head of Denmark’s Energy Agency Kristoffer Bottzauw said.

Ships could lose buoyancy if they entered the area.

“The sea surface is full of methane, which means there is an increased risk of explosions in the area,” Bottzauw said.

Danish Prime Minister Mette Frederiksen said sabotage could not be ruled out. “We are talking about three leaks with some distance between them, and that’s why it is hard to imagine that it is a coincidence,” she said.

Kremlin spokesperson Dmitry Peskov called it “very concerning news. Indeed, we are talking about some damage of an unclear nature to the pipeline in Denmark’s economic zone.

“This is an issue related to the energy security of the entire continent.”

Neither pipeline was pumping gas to Europe at the time the leaks were found amid the dispute over the war in Ukraine, but the incidents will scupper any remaining expectations that Europe could receive gas via Nord Stream 1 before winter.

Both pipelines contained gas although they were not in operation.

Gazprom, the Kremlin-controlled company with a monopoly on Russian gas exports by pipeline, declined comment.

“There are some indications that it is deliberate damage,” said a European security source, while adding it was still too early to draw conclusions. “You have to ask: Who would profit?”

The new Nord Stream 2 pipeline had yet to enter commercial operations. The plan to use it to supply gas was scrapped by Germany days before Russia sent troops into Ukraine, in what Moscow calls a “special military operation”, in February.

“The multiple undersea leaks mean neither pipeline will likely deliver any gas to the EU over the coming winter, irrespective of political developments in the Ukraine war,” Eurasia Group wrote in a note.

European gas prices rose on the news, with the benchmark October Dutch price climbing almost 10% on Tuesday. Prices are still below this year’s peaks but remain more than 200% higher than in early September 2021.

The Swedish Maritime Administration (SMA) said two leaks on Nord Stream 1, one in the Swedish economic zone and another in the Danish zone, were northeast of Denmark’s Bornholm.

“We are keeping extra watch to make sure no ship comes too close to the site,” an SMA spokesperson said.

The Danish authorities asked that the level of preparedness in Denmark’s power and gas sector be raised after the leaks, a step that would require heightened safety procedures for power installations and facilities.