From on the ground

The erupting volcano on the island of LaPalma in the Canary Islands, Atlantic Ocean, off the northwest coast of Africa has seen some startling and strange developments.  Heads-up east coast of USA . . .

This morning around 11:45 AM,  REUTERS news service tweeted out something and then deleted it within seconds.

From memory, in summary, it said they have received warning . . .

there has been a new fracture in the face of the volcano and they are expecting it to blow out. That is in layman’s terms.

Strangely, a man who posted a tweet saying he believed that the Defense Advanced Research Projects Agency (DARPA) had some type of involvement in the volcano eruption on LaPlama and he believes TODAY is the day that DARPA would cause the volcano flank to collapse and generate a massive Tsunami to devastate the US east cost.

Things are getting weird. 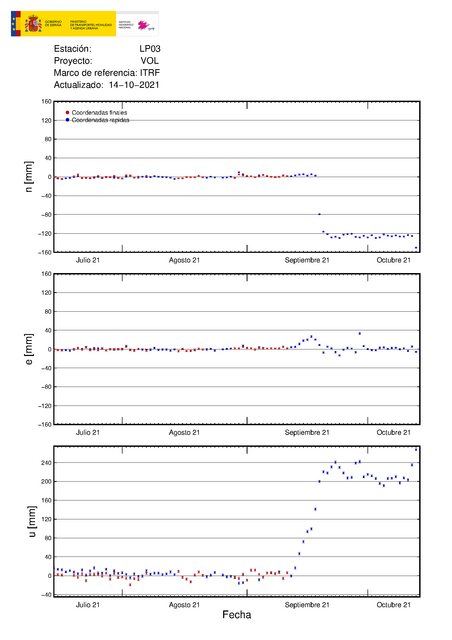 The earthquakes have picked up again noticeably during the past 24 hours: there was again a quake at magnitude 4.2, 26 quakes between 3.0 and 4.0, and 87 quakes between 2.0 and 3.0, almost double the number of yesterday.

In addition, inflation near the current vent area has again picked up, suggesting that more magma is being added in the underground reservoir than is currently being erupted. This could (but not must) herald a phase of even increased lava effusion in the near future, or, even worse, the opening of new vents in new areas.

The sulfur dioxide emissions remain very elevated as well, at approx. 17,000 tons per day, creating lots of volcanic fog (“vog”) in the area with bad air quality in the valley as result.