Take Note: They’re ALL Laying the groundwork . . . We are in danger

Machine auto-translated from image, so font size and scaling is “off.” 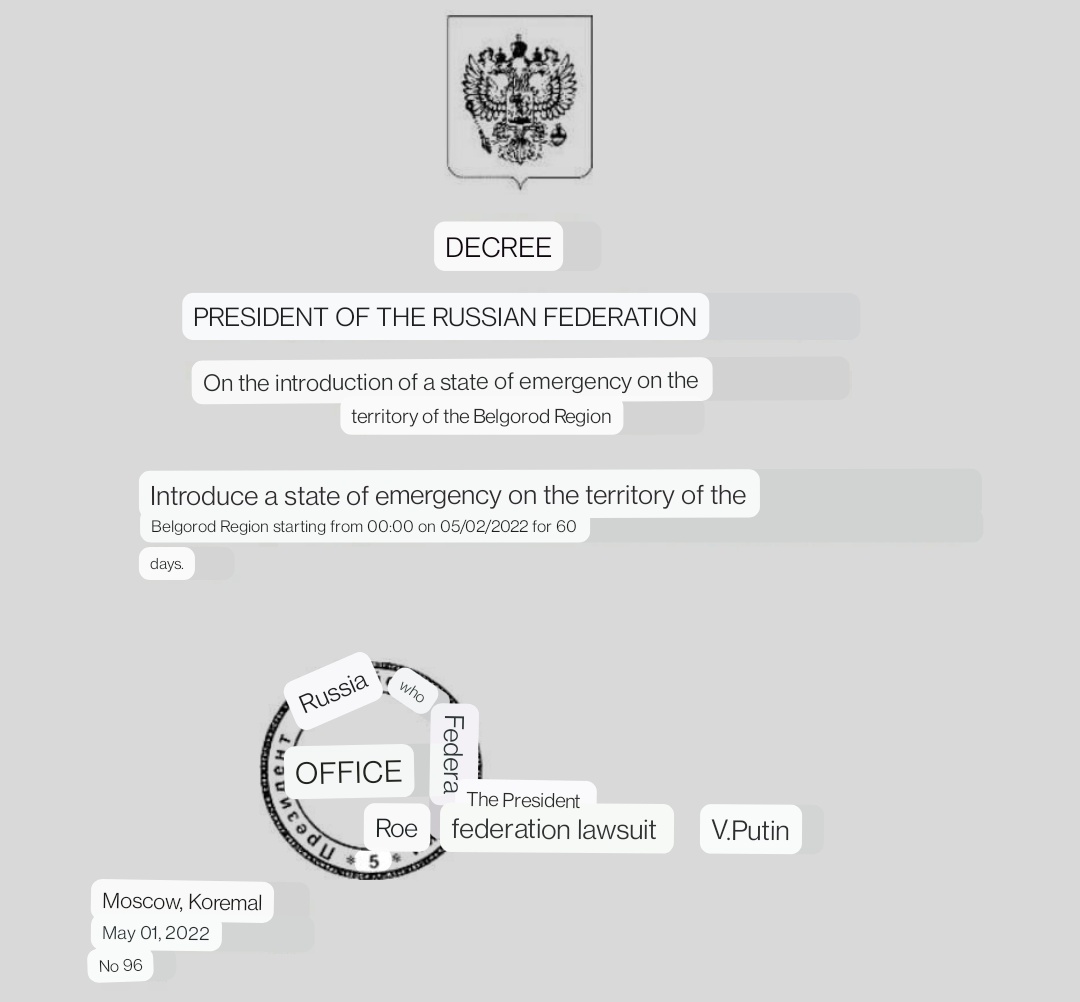 It isn’t hard to see where this is leading.  If Russia is “under attack” they have a right to defend themselves, right?  A formal declaration of war, perhaps?

Tonight (Sunday) Russian television broadcast a simulation of Russia launching a SARMAT missile, with its fifteen nuclear warheads, against Britain!  The TV commentator says the UK – their little island – will be wiped out.   Here, look:

Not only did the Russian Television network show this to the entire country, but they went even farther . . . finally admitting what has long been rumored about Russia having developed a 100 MEGA-ton nuclear drone torpedo.    Look at what the Russian people were told on their TV’s tonight: Plunge Britain into the sea by Tsunami from a nuclear torpedo drone!

In the U.S., perhaps one of the most useful idiots in Congress, Representative Adam Kinzinger of Illinois, a complete political moron the best part of whom likely dripped down his father’s leg,  has introduced a Joint Resolution in Congress authorizing the Use of military force (AUMF) inside Ukraine “if Russia uses chemical, biological, or nuclear weapons.”

In my opinion, that Joint Resolution would _really_ be a US declaration of war on Russia.  Let’s not fool ourselves with the diplomatic language.
By the time that law is passed, the USA will likely already be at war with Russia, everything else is diplomatic trifles.

To those of us who have been paying close attention, this bill is going to give the U.S. the legal option to intervene militarily, once the long planned and often rumored FF takes place in Ukraine.

The speed at which the bill should be voted must be in sync with, or earlier then the deployment of the necessary U.S. troops to Eastern Europe, which is almost complete.

I give it a week or so before everything is in place for the FF, so this bill should also be voted no late then next Thursday.

Which, quite conveniently,  will most likely coincide with EU ban on Russian oil, to “provide” the “reasoning” behind the FF, claiming that Putin and Russia will be hard hit by this oil ban, hence, will use, in “desperation”, a chemical / biological / nuclear attack in Ukraine.

Watch the timing on the passage of Kitzinger’s Joint Resolution.   That is the signal that we are in direct danger.

Prep now like your life depends upon it.   It appears to me that very soon, it will.

MEANWHILE IN THE PENTAGON . . .

United States says that they “do not assess that there is a threat of the use of nuclear weapons and no threat to NATO territory [from Russia].”

Right. They said this a few days ago too.

On that day, during my radio show, I remarked that we should give this Pentagon Assessment the same weight and value as the assessment they made about the Taliban in Afghanistan.  It was, after all, the Pentagon who told us “We do not assess that the Taliban will overtake the entire country of Afghanistan in two weeks.”

The Taliban did overtake all of Afghanistan in far faster time, and sent the Pentagon folks scurrying out of that country with their tails between their legs while they ran away . . . and left $85 Billion in military hardware for the Taliban to grab.

So much for US Government assessments.

To all of the above, add-in Pelosi’s (#3 in line of succession as President of the US) meeting with Zelinsky today and Secretary of Defense Austin and the CJCS Miley meeting with Zelensky last Sunday, and it becomes clearer and clearer that US has chosen Ukraine as the Hill upon which to begin the battles of WW 3.

I don’t understand why the politicians in DC of BOTH parties are so hot and heavy to get a nuclear war started … Are they really that DUMB and STUPID, or do they think that they will personally receive a Hunter Biden style payoff for it?

We all know the US military industrial complex has never seen a potential War that they didn’t want to see grow and grow and grow, this War being no exception.

Eisenhower warned us about that Unholy Alliance all the way back in 1959ish … but alas we have ignored his warnings for decades now, at a cost to America of many thousands of lives to say nothing of the hundreds of thousands (millions?) of innocent civilians “over there”.

As for the alphabet agencies and THEIR desires … well we all see what happened to the one President who tried to stand up against them on November 23, 1963. No President since has had the courage to stand up to them, or shut them down wrt their War fever since.

Well … WE, the US, have chosen the Hill of Ukraine upon which the battle will begin.

Various European people have fought each other for a thousand years and the US getting involved in their squabbles is NOT going to change that. They will continue to fight  each other even after the current affair concludes, even if it causes the death of 3/4 of them.

Get right with God. Good advice for any time, but something you may want to consider more deeply now that most of our politicians are clamoring to get aboard the War Train as it begins to leave the station.

Not sure how crazed this is ACTUALLY becoming?  Not convinced how dangerous it all is? Get a load of what Russia’s Foreign Minister pointed out late Sunday night in Moscow: “Ukrainian President Volodymyr Zelensky’s Jewishness does not negate his Nazism. Adolf Hitler also “had Jewish blood.”

RUSSIAN AIR DEFENSES ARE SAID TO HAVE BEEN ACTIVATED OVER BELGOROD

Several explosion sounds have been heard tonight over Belogorad, Russia.

RUSSIAN AIR DEFENSES ARE SAID TO HAVE BEEN ACTIVATED.

Residents of the area then grabbed photos and video of what they BELIEVE was a “parachute” floating down from the sky.  The photo appears above.

WILD and as yet completely unsubstantiated RUMORS are SPECULATING that this is the bail-out apparatus from either an F-22 or an F-35.

Why a U.S. stealth fighter would be deep inside Russian air space is not yet known.  It is also not known what this object is in the sky.

VERY MUCH ATTENTION is being paid to whatever this incident is.

If this was a US or NATO fighter jet, possibly shot down in (and by) Russia,  you __know__ what this means.

Updates if or when I get them.

One thought on “LATEST FROM HAL TURNER”