The eruption of the Cumbre Viejo volcano on the island of La Palma in the Canary Islands has finally caused lava to reach the ocean.  As the 2,000 degree F. molten rock entered the salt water, a thick “LAZE” (Lava-Haze) and “Vog” (volcanic gas) rose into the air, filled with shards of glass and toxic gases like hydrochloric acid – all fatal to anyone who breathes it.

The lava reached the Atlantic Ocean at around 6:00 PM eastern US time on Tuesday, which converts to 11:00 PM local time in the Canary Islands as shown above in a thermographic image.

Laze — or lava haze — is the dense cloud of glass shards and hydrochloric acid created when basaltic lava enters into the ocean. … Vog is volcanic fog, a choking vapor filled with hazardous gases — like sulfur dioxide — which are released from burping vents.

Here’s a normal camera view from a boat on the ocean: 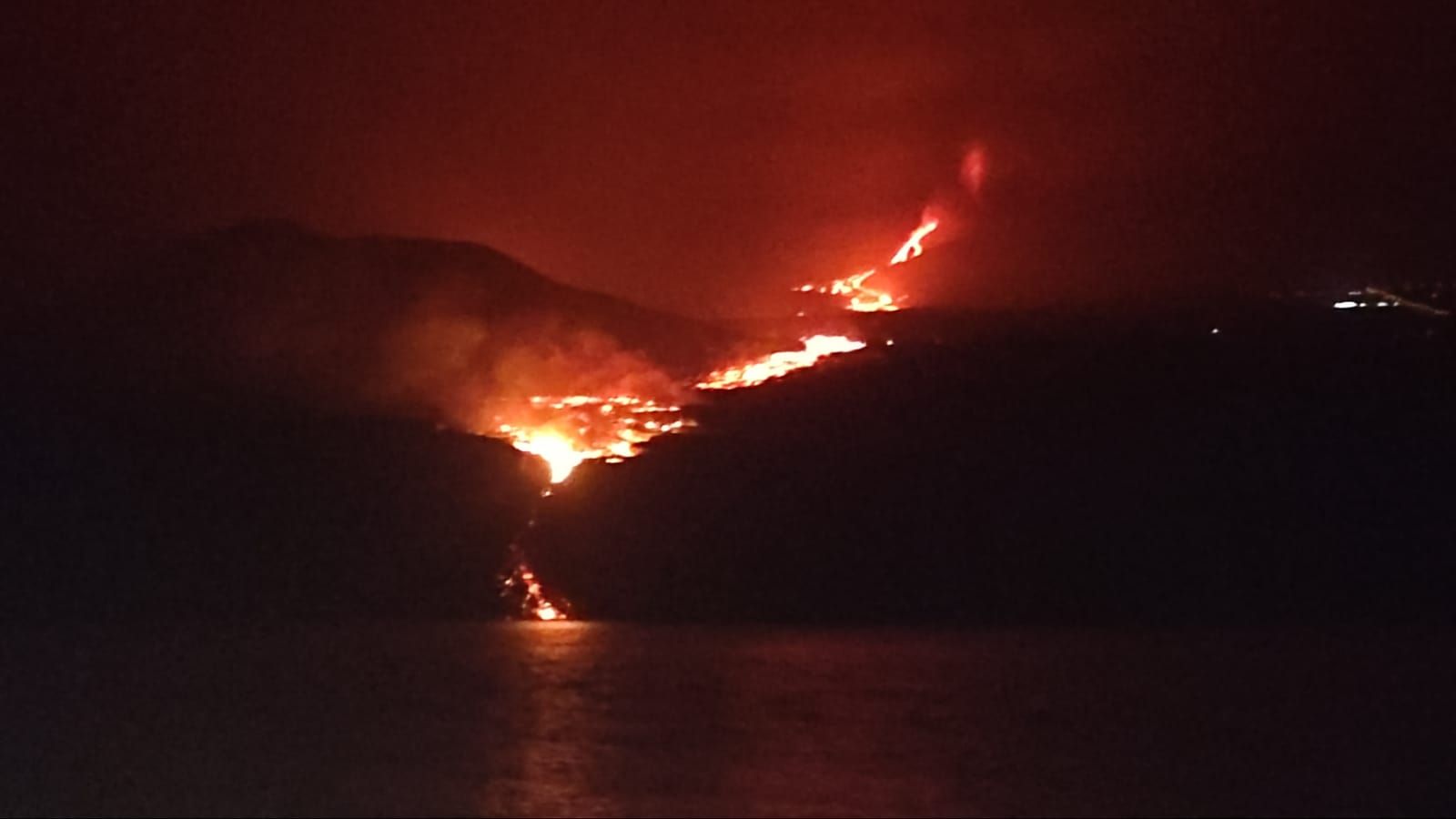 Here is video from a live TV broadcast, showing the moment the lava reached the sea:

And more video from another angle:

These images are from the northern end of a place called Playa Los Guirres. Sort of a small beach area. Cliffs seem to be at least 200 feet tall or so.

Bill McGuire is one of the scientists who investigated La Palma back in the late 1990’s and issued the cautionary warning that a future earthquake could cause the ridge of Cumbre Viejo to collapse in a massive landlside, into the Atlantic Ocean.   At the time, he theorized that there would be a massive, Atlantic-wide Tsunami that would reach the US east coast within 7 to 8 hours, wiping out the major cities in the eastern USA.

He has now chimed-in on the ongoing LaPalma eruption, and what he has to say, is VERY not good: