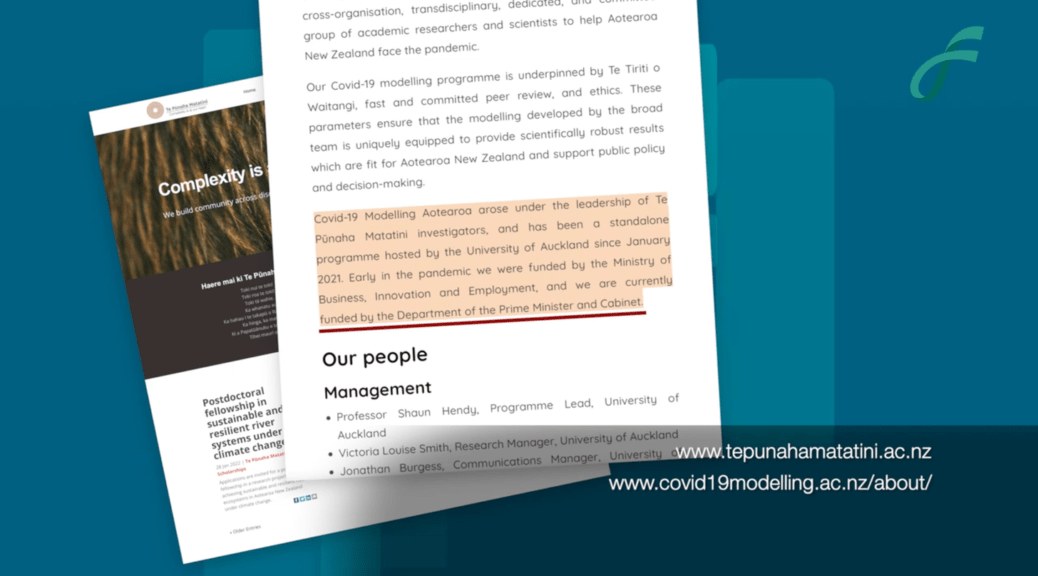 It is a strange thing to wake up in one’s own country and no longer recognize it because the people you thought were representing you as part of a democratic parliament appear to be very busy representing something entirely different . . .

This week there was a stack of papers that landed with an unceremonious thump on the desks of some good Kiwis. One of those papers, in particular, has shown how the Prime Minister and Cabinet funded a small clique to fashion a Covid narrative (best described as propaganda) that contains false information and has helped destroy the lives of millions of New Zealanders, either through losing their livelihoods, or becoming injured or maimed or having loved ones die, by trusting the government propaganda and lies.

With regard to covid, the paper, which has not undergone a formal peer review, but is being enacted, rejects herd immunity, rejects health and wellbeing narratives, and rejects suggestions that an experimental gene-based therapy may have adverse effects or alter DNA, alleging it is a ‘conspiracy theory’ when respected scientist Guy Hatchard states there have been over 1000 papers published, worldwide that prove otherwise. (It also neatly side-steps the successful use of ivermectin as an alternative treatment.)

This paper seems to focus on the intention to have all New Zealanders accept whatever the government tells them, including what medical treatment they must have. It appears to show how the ‘government’ intends to demonise anyone with a different view, and their intention to violate the Nuremberg Code. It shows how, with the paid-off mainstream media in its back pocket from the start, it explores ways to shut down social media channels that bring New Zealanders the truth from other sources.

In essence, social media is people talking to each other. That is what we do. We communicate, but if we are listening to other channels that bring us, the truth, then apparently that is ‘unacceptable’. Guy Hatchard explains,

‘The paper says the aim of government messaging should take the form of ‘branding’ designed to teach the public to trust the government alone. Something so close to propaganda as to be almost indistinguishable.

‘Emphasis in social media on ‘individual rights’ is described as an undesirable import from America. Ardern’s more recent rejection of protests as ‘imported ideas’ . . . hint at exclusionary agendas to come.’

. . . The push to introduce the censorship of scientific information and discussion that characterises the Ardern government is evident throughout the paper.’

So, according to the prime minister, the Cabinet, and the architects of this paper, it appears the cornerstones of our democracy are ‘undesirable’.

Who would have thought in 2019 we would have to campaign and protest for our right to have a government retain the key principles of democracy, including free speech, the right to make our own medical choices, and for our bodies and our homes to be free from enforced invasion?

The fact that the government is monitoring anything that doesn’t reflect the intent from the ‘pulpit of truth’, really the pulpit of propaganda, is of major concern.

New Zealanders, the foxes are in the hen-house.