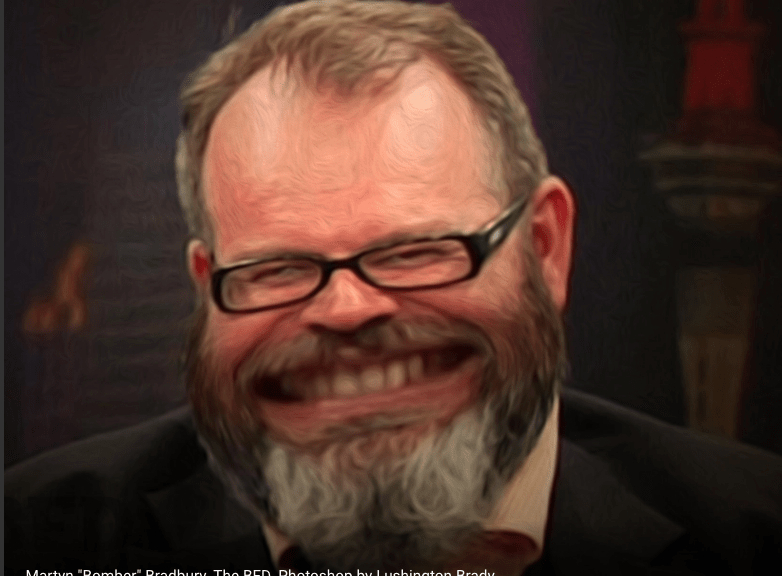 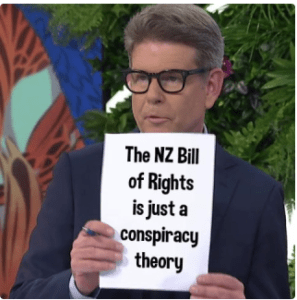 In Praise of Martyn Bradbury [Updated]

Yes, You Read That Right.
by Lushington D. Brady

Martyn is experiencing the same kind of visceral, kick-in-the-guts shock I felt at the sight of ranks of black-clad Robocops smashing protesters, spraying teargas and shooting rubber bullets on the steps of Flinders Street station.

Ijust had to nip in and make sure the sun hadn’t turned to sackcloth and the rivers to blood. Because this is the second time in recent months that I’ve found myself in wholehearted agreement with one of New Zealand’s most prominent, hard-left, leftists. First, it was John Minto, now it’s Martyn Bradbury.

I know he’s going to absolutely hate that a BFD contributor is writing his praises, but there it is. Because, when push has come to baton-crunch, Martyn has remembered whose side the left is supposed to be on: the proles. As he rightly damns them, “middle-class Wellington Marxists” (a bit of an oxymoron, I must say: I can’t remember ever meeting a Marxist who wasn’t the bourgiest bourgeois who ever bourged) are cheering on the jackbooted thugs of a brutal, authoritarian regime, belting the heck out of peaceful working-class and Maori protesters.

Martyn is plainly incandescent with rage — and he’s absolutely right to be.

Good morning NZ – today is the kind of democracy that tastes like pepper spray.

Rather than allow Omicron or the end of mandates to de-escalate this, the heavy hand of the State is smashing down the protestors this morning.

I love how the mainstream NZ media turned their live feeds off so the Police can bash away freely.

Todays State violence brought to you by kindness.

Martyn is experiencing the same kind of visceral, kick-in-the-guts shock I felt at the sight of ranks of black-clad Robocops smashing protesters, spraying teargas and shooting rubber bullets on the steps of Flinders Street station.

Pepper spray is being used.

THE STATE HAVE SENT IN ORANGA TAMARIKI TO UPLIFT CHILDREN – FFS!

We lost something today.

The scars from todays violence on Parliaments lawns will politically never heal for those who experienced it.

Then he gets to the heart of the matter — the same reason I walked away from the left in disgust, years ago.

We have lost our moral compass on the Left.

At some point in the last few decades, the left stopped even pretending to care about the working classes. Because the left is the Establishment, now. And the new bosses are just as venal, brutal and greedy as the old bosses.

I do doubt just one of Martyn’s arguments, though.

I passionately disagree with these protestors on every argument, but I defend their right to protest in a liberal progressive democracy.

I also suspect that Martyn doesn’t really disagree with the protesters as much as he makes out. He’d be well served by listening to his fellow Daily Blog contributor, John Minto:

I have no time for conspiracy theorists but I understand the anger and frustration which has been driving the Wellington protest, currently under attack from police, with the government’s broken promise on mandates.

From the outset the Prime Minister should have met with representatives of the group and apologised for the broken promise.

Once again, I’m in absolute agreement. These are strange times, indeed.

And I suspect that Minto would find actual conspiracy theorists a lot thinner on the ground than he’s been led to believe. That’s not to say that there aren’t any. Of course there are: my own experience with the Freedom protests in Tasmania and Melbourne speaks to that.

But they’re very much a minority (even if an annoyingly loud one): most of the protesters are simply people who, as Minto admits, are simply fed up with being trampled into the mud by mandates and restrictions. Many of them have lost their jobs.

Minto is also right that Jacinda Ardern lied to New Zealanders’ faces when she said, in September 2020, that not only would there be no forced vaccinations, but those who choose to opt-out wouldn’t face any penalties at all.

Which side are you on? goes the old protest song. Martyn Bradbury, to his absolute credit, has remembered.

Thanks to those commenters who pointed out that my original post inadvertently quoted John Minto as Martyn Bradbury.