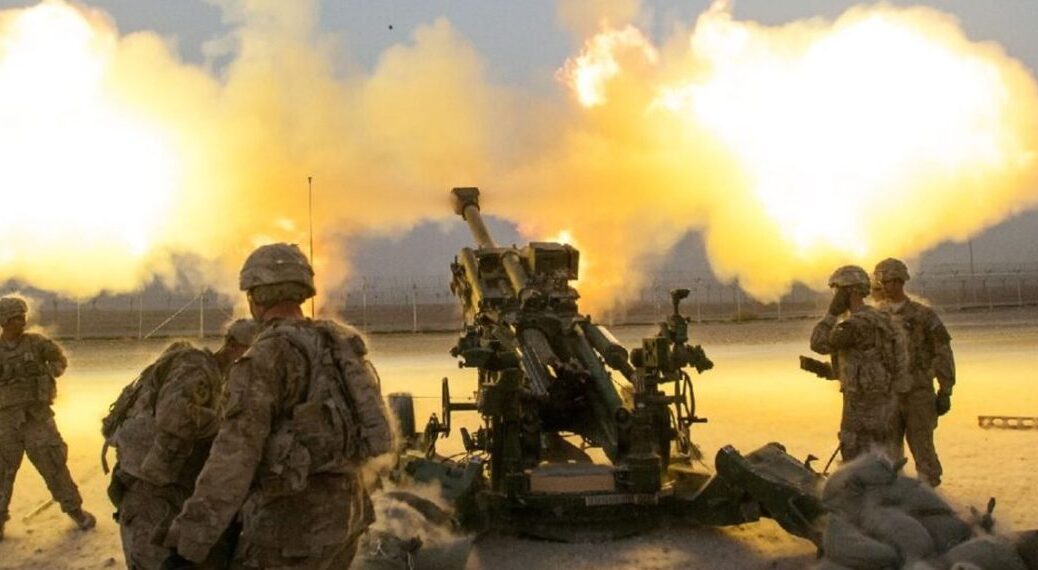 The Russians are releasing volumes of water…

Ukraine entered the final stretch of an incalculable humanitarian disaster as Ukrainian forces launched a barrage of attacks against the Novaya Kakhovka area, resulting in three missiles hitting dam facilities.

The Russian administration was forced to ” release a large volume of water from the Kakhovka dam on the Dnieper in order to avoid a major disaster in Kherson if the Ukrainians continue to bombard it” .

According to Russian media “ Ukrainian forces hit the town of Nova Kakhovka in the Kherson region of Ukraine today and yesterday with GMLRS missiles fired from M142 HIMARS. They also used Ader systems in the attack”.

Reports indicate that the Armed Forces of Ukraine fired 19 missiles from MLRS HIMARS and Alder, of which 16 were intercepted.

Loud explosions were heard in the city, and houses were engulfed in flames.

According to the Russian Administration “there are no critical damages to HPP Kakhovskaya, the hydroelectric power plant continues to operate

The 3 rockets fell in the area of ​​the hydroelectric plant without causing critical damage.

Watch video from the Ukrainian attack

Ukraine Invasion Preparations: The French are Reinforcing US Forces in Romania

In addition, the elite American 101st Airborne Division “Screaming Eagles” is being reinforced in the last hours.

Russian military sources note that “the NATO command is deploying additional forces in Romania, following the US Army’s 101st Airborne Division. According to the Romanian Ministry of Defense, two phalanxes of the French army crossed the Romanian border.

According to Romanian Defense Minister Vasile Dincu, all the equipment is intended to strengthen the NATO team deployed in the republic .

According to available information, the military equipment left the territory of the base in France on October 18 and crossed the Romanian border on October 23.

On October 22, the US Army’s 101st Airborne Division “Screaming Eagles” deployed to Romania close to the border with Ukraine.

“It is noted that this Division is trained to deploy to any battlefield within hours. No one believes that the NATO command is sending additional forces to Romania, supposedly to “protect NATO’s borders” , but the version of the invasion of the western regions of Ukraine is being considered quite seriously.

By the way, Romanian Defense Minister Vasile Dincu resigned due to disagreements with the country’s president, who fully supports the US in the Ukraine issue. The head of the Ministry of Defense does not agree with the possible involvement of Romania in the Ukrainian conflict,” Russian sources emphasize.

At the same time, Polish and Lithuanian forces are being moved to the border of Belarus.
Both countries are gathering military equipment and infantry under the cover of exercises.

This is NATO’s response to the deployment of forces by Russia and Belarus. According to the Atlantic Alliance, these forces aim to cut off Western Ukraine from receiving supplies and weapons from the West.

At the same time, the mayor of Nikolaev, Alexander Senkevich, urged the residents of the city, whose activities are not related to the management of vital infrastructure, to leave Nikolaev.

In an interview, he explained that the risk of destruction of homes and vital infrastructure still remains high.

“I constantly remind the residents of Nikolaev that there is still a risk of destruction of their homes and, above all, destruction of infrastructure, the absence of which will prevent them from living a normal life. And most importantly, there is a possibility that a missile will hit at any time, in any place, and we can lose the most precious thing we have, life.

Therefore, I continue to tell all people who are not involved in the management of vital infrastructure to leave the city before the end of the active phase of hostilities.

According to Senkevich, 220-230 thousand residents remain in the city, while before the full-scale war, 486 thousand people lived in Nikolaev.

Those who decide to stay in Nikolaev, the mayor advised them to stock up on food for a week. He also said that local authorities plan to start heating in high-rise buildings in the near future and provide residents of private houses with firewood and stoves for space heating.

The Mayor of Nikolaev discreetly requested the evacuation of the city…

See images from the gathering of forces of Lithuania and France 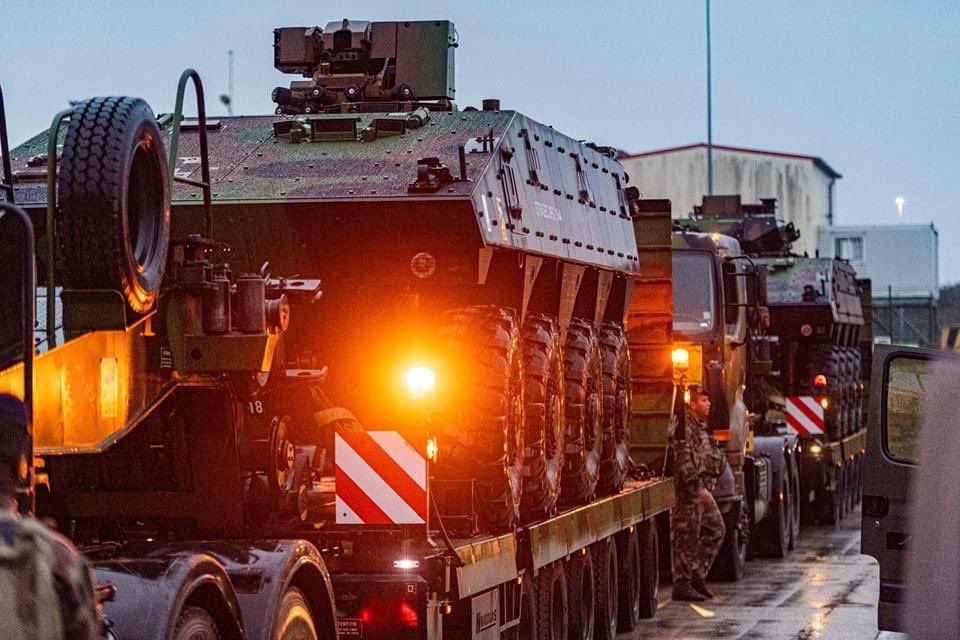 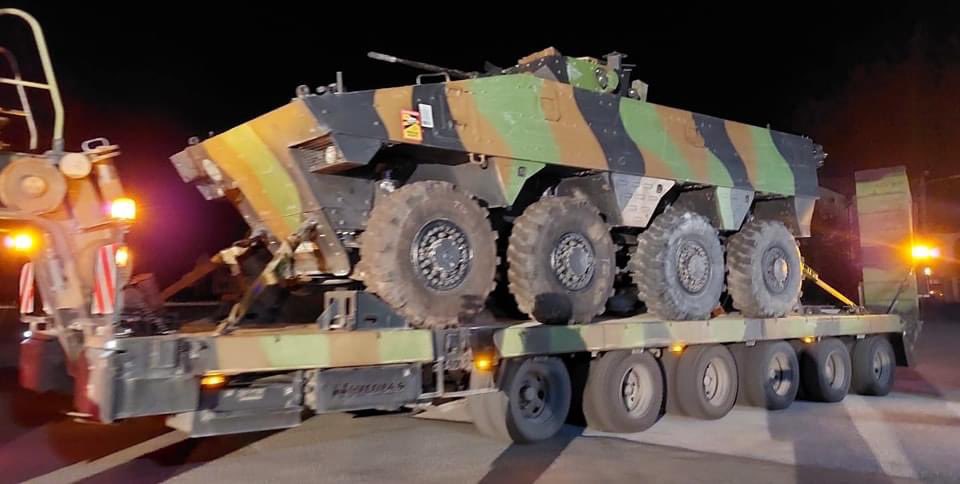 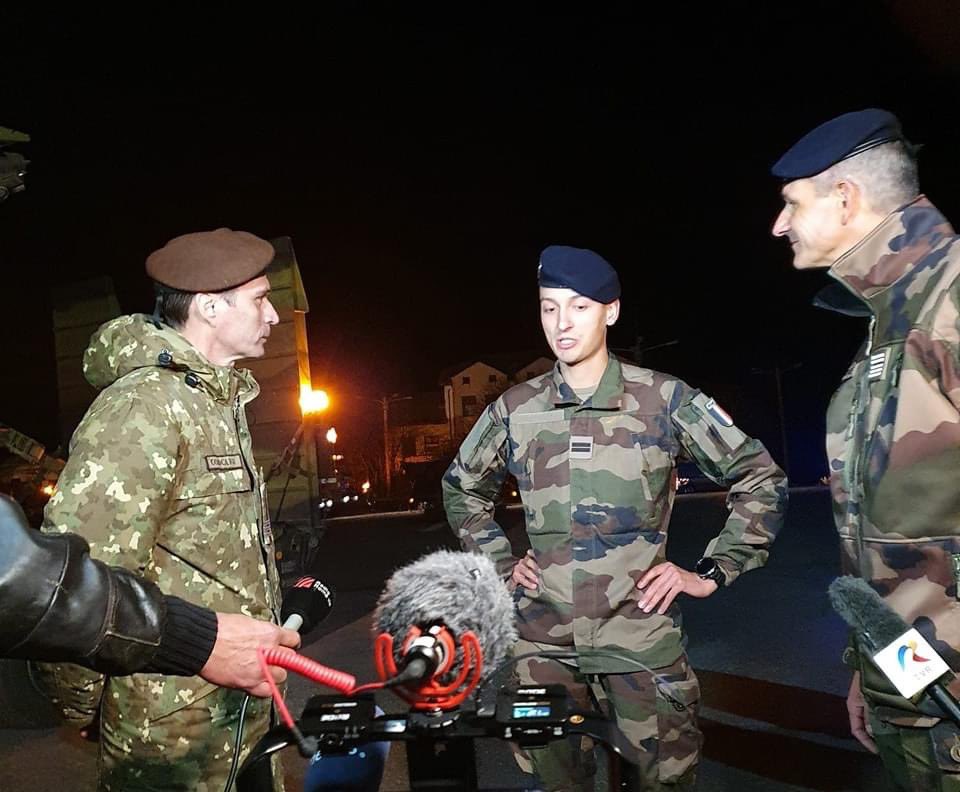 The president of Serbia, Aleksandar Vucic, speaking to Serbian state media, warned that the world is approaching the “perfect storm”. The reason is the deployment of the US Army’s 101st Airborne Division in Romania, near the border with Ukraine.

The Serbian president absolutely confirms WarNews247 as he notes that “American forces are preparing to enter Ukraine”.

Besides, the Commander of the 101st Airborne Division “Screaming Eagles” stated that he is ready, if necessary, to enter the territory of Ukraine despite the White House’s assurances to the contrary.

We remind you that a few days ago, the Serbian president made another intervention, talking about an “imminent global military conflict”

Read also: American forces will enter Lviv: On the border with Ukraine the 101st “Screaming Eagles” Division – CBS: They will cross into Ukrainian territory! (Video)

A. Vucic: “We are approaching the perfect storm”

During a meeting of the Central Committee of the ruling Serbian Progressive Party, President Aleksandar Vucic stressed that the deployment of the US Army in Romania “brings a sharp deterioration of the situation, which is approaching the perfect storm.”

A. Vucic emphasized that America sent the best military unit in the world to the border with Ukraine for a reason.

In his opinion, the United States is preparing for an escalation of the conflict.

“We’re approaching what I called the ‘perfect storm’ at the last meeting. It is enough to look at the forces with which Russia is now entering Ukraine.

When you see that the Americans sent their absolutely best unit in the world, and this is the 101st Airborne Division, they moved it to Romania a few kilometers from the border with Ukraine, then it becomes clear what awaits us, whether they will come into direct conflict or not “, explained the President of Serbia.

The inevitability of the confrontation over Vucic stems from the complete reluctance of the parties to make concessions.

“And it is clear to me how it will develop further and how it will affect our country,” Vucic added.

Also Read: Serbian President: “We Are Heading For A Global Military Conflict The World Has Never Seen Before” – Emergency Plan With KFOR Reservists In Kosovo!

American officer: If the Russians enter Western Ukraine, the Ukrainian Army is over!

At the same time, a retired American officer considers an entry of Russian and Belarusian forces into Western Ukraine and the Lviv region as possible.

He emphasizes that if Russia succeeds in cutting off the logistical support of the Ukrainian Army from the west, the fighting ability of the Armed Forces of Ukraine will drop to a minimum!

This fear justifies the first scenario published yesterday by WarNews247, the 101st Airborne Division moving along the Ukrainian-Polish border to prevent this possibility.

Retired US Army Lt. Col. Daniel Davis, who once headed one of the US logistics services, pointed out:

“The vulnerability of the Ukrainian military becomes apparent mainly because the logistical routes have long been known.

The main flow of military goods to Ukraine passes through Poland and enters the Lviv and Volyn regions.

Just cut off the land route of military supplies from Poland and Ukraine will have virtually no opportunity to conduct military operations for more than a few months.

The retired American officer emphasized that, in general, Russia has long since completed one of its goals, the demilitarization of Ukraine as it is.

According to Davis, Russia has long deprived Ukraine of the ability to produce its own military equipment and ammunition.

“Today, the situation for Ukraine is developing in such a way that its dependence on foreign supplies is becoming complete. The Ukrainian authorities must constantly remind themselves and ask, ask, ask…

The biggest danger for the Ukrainian military now is the possibility of cutting off supply routes to its western border.

According to Davis, if this happens all the way to the logistical collection points of military equipment inside Ukraine itself, then the further combat capability of the Armed Forces of Ukraine will be reduced to a minimum,” he concludes.