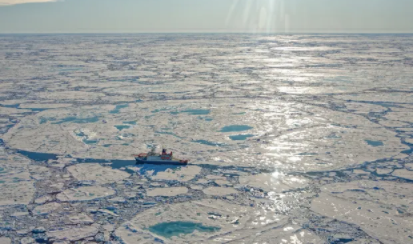 Scientists have found evidence that frozen methane deposits in the Arctic Ocean – known as the “sleeping giants of the carbon cycle” – have started to be released over a large area of the continental slope off the East Siberian coast, the Guardian can reveal.

High levels of the potent greenhouse gas have been detected down to a depth of 350 metres in the Laptev Sea near Russia, prompting concern among researchers that a new climate feedback loop may have been triggered that could accelerate the pace of global heating.

The slope sediments in the Arctic contain a huge quantity of frozen methane and other gases – known as hydrates. Methane has a warming effect 80 times stronger than carbon dioxide over 20 years. The United States Geological Survey has previously listed Arctic hydrate destabilisation as one of four most serious scenarios for abrupt climate change.

The international team onboard the Russian research ship R/V Akademik Keldysh said most of the bubbles were currently dissolving in the water but methane levels at the surface were four to eight times what would normally be expected and this was venting into the atmosphere.

“At this moment, there is unlikely to be any major impact on global warming, but the point is that this process has now been triggered. This East Siberian slope methane hydrate system has been perturbed and the process will be ongoing,” said the Swedish scientist Örjan Gustafsson, of Stockholm University, in a satellite call from the vessel.

The scientists – who are part of a multi-year International Shelf Study Expedition – stressed their findings were preliminary. The scale of methane releases will not be confirmed until they return, analyse the data and have their studies published in a peer-reviewed journal.

But the discovery of potentially destabilised slope frozen methane raises concerns that a new tipping point has been reached that could increase the speed of global heating.

The Arctic is considered ground zero in the debate about the vulnerability of frozen methane deposits in the ocean.

With the Arctic temperature now rising more than twice as fast as the global average, the question of when – or even whether – they will be released into the atmosphere has been a matter of considerable uncertainty in climate computer models.

The 60-member team on the Akademik Keldysh believe they are the first to observationally confirm the methane release is already under way across a wide area of the slope about 600km offshore.

At six monitoring points over a slope area 150km in length and 10km wide, they saw clouds of bubbles released from sediment.

At one location on the Laptev Sea slope at a depth of about 300 metres they found methane concentrations of up to 1,600 nanomoles per litre, which is 400 times higher than would be expected if the sea and the atmosphere were in equilibrium.

Igor Semiletov, of the Russian Academy of Sciences, who is the chief scientist onboard, said the discharges were “significantly larger” than anything found before. “The discovery of actively releasing shelf slope hydrates is very important and unknown until now,” he said. “This is a new page. Potentially they can have serious climate consequences, but we need more study before we can confirm that.”

The most likely cause of the instability is an intrusion of warm Atlantic currents into the east Arctic. This “Atlantification” is driven by human-induced climate disruption.

The latest discovery potentially marks the third source of methane emissions from the region. Semiletov, who has been studying this area for two decades, has previously reported the gas is being released from the shelf of the Arctic – the biggest of any sea.

For the second year in a row, his team have found crater-like pockmarks in the shallower parts of the Laptev Sea and East Siberian Sea that are discharging bubble jets of methane, which is reaching the sea surface at levels tens to hundreds of times higher than normal. This is similar to the craters and sinkholes reported from inland Siberian tundra earlier this autumn.

Temperatures in Siberia were 5C higher than average from January to June this year, an anomaly that was made at least 600 times more likely by human-caused emissions of carbon dioxide and methane. Last winter’s sea ice melted unusually early. This winter’s freeze has yet to begin, already a later start than at any time on record. 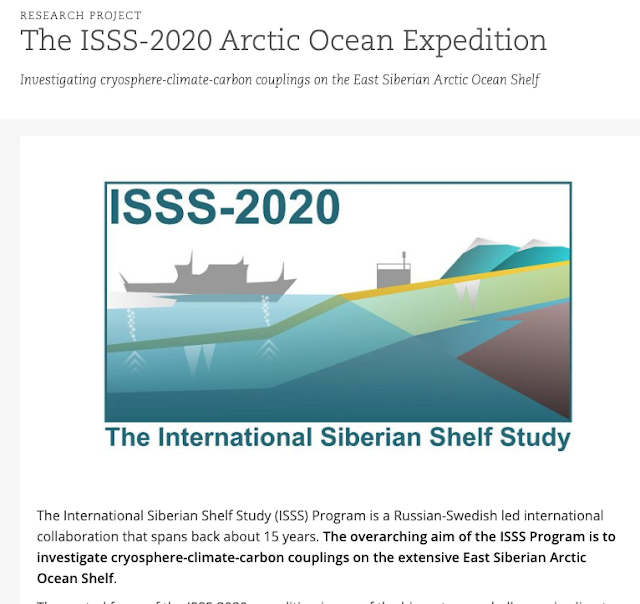 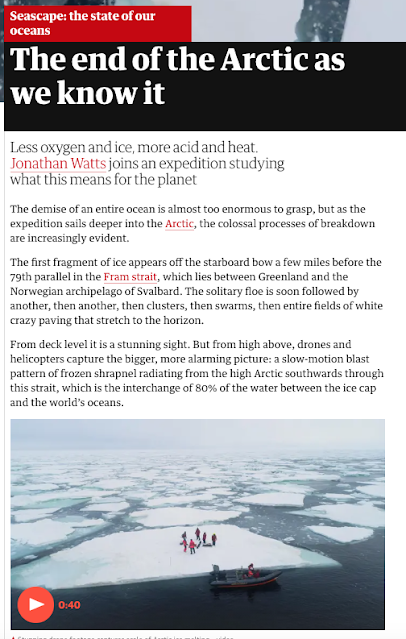