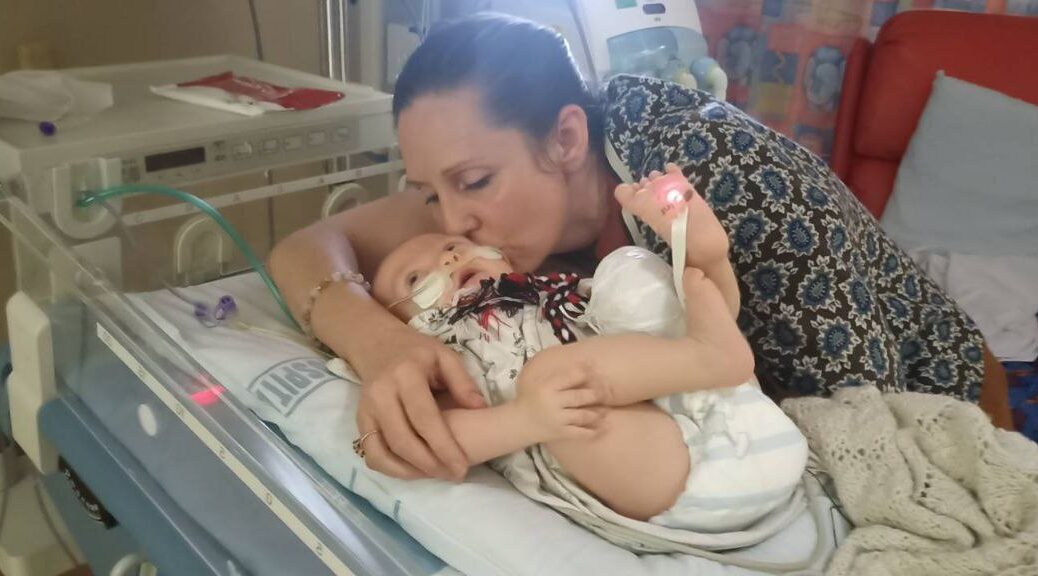 Four police officers entered the room where baby Will and his twin brother slept soundly.

Without notice, they seized him.

In the words of Will’s father:

‘Baby Will has tonight been ripped from his bed and his mum, in a display of ultimate cowardice by masked people dressed as police at 11 o’clock at night, to be made to undergo invasive procedures, before being forced against our Will to have a rushed and unprepared for surgery.’

This happened despite last-minute efforts by the family’s legal team and experts from across the world, who were studying his case and making recommendations that were then passed to the judge on the case.

Now, his life is in the hands of the hospital staff.

Let’s hope, for Will’s sake, they see sense and provide him with an uncontaminated blood supply.

Those that are wanting to protest this gross state overreach, at 10 am tomorrow outside the hospital, are asked to do so in a peaceful manner.

Our prayers are with Will and the family this morning. 🕯

She was also not allowed to sleep all night, as she was told that if she did any of this, she would be forcibly removed back to the ward, from the pre-op room, and would not see the baby before the operation. There were four guards in the room.

The traumatic way in which this situation has been treated does not make sense.

Baby Will was not allowed to be held by his mother all night.

Please send your love and prayers to him.

Baby Will has surgery at 8am this morning.

Just before midnight last night, Baby Will was uplifted by the police while he slept.

Sam, his mother, and his twin brother were allowed to join him. However, Cole, his father, had to leave the hospital.

Sam is exhausted and very scared given there are two police officers in her room.

An imposed condition states that she must stay awake if she stays with him, even though it’s from midnight to 8am and both babies are sleeping.

The police are trailing her even to the toilet. They told her this was due to orders from above

The policewoman let slip they intend to arrest Sam this morning. Sam doesn’t know why.

We must protect Will and his twin brother Jethro.

The family appreciate your support from 8am this morning outside the Auckland Hospital, entrance steps at 2 Park.

SUE GREY KICKED OUT OF HOSPITAL

Lawyer Sue Grey went to see Baby Will’s mother before his 8am surgery and was kicked out of the hospital by police and threatened with a trespass notice if she did not comply.

The policewoman told Sue that she didn’t believe she was a lawyer.

Sam is very tired but ok. Will is absolutely gorgeous as always, and was smiling and waving his arms and legs, almost singing, as he got ready for his heart surgery.