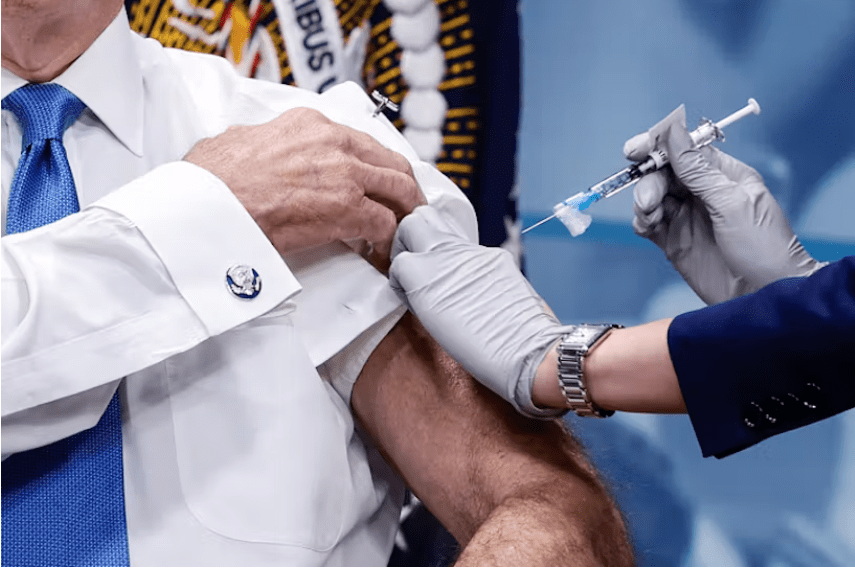 The bombshell here is no researchers usin microscopes to examine vials have found any viable mRNA (or spike protein), but they have all replicated the findings of nanoparticles.

Thousands are dying from the mRNA!

Dr. Ana Maria Mihalcea joins to detail how pure bloods are being contaminated with the with spike proteins!

People who never had COVID are showing “long-COVID symptoms”, likely due to vaccine shedding.

Why can we not have ANYTHING similar to this in the NZ media?

Wot’s in the shots?

What is in the Pfizer vaccines? Recently, Dr David Nixon, a Brisbane GP, decided to find out, putting droplets of vaccine and the blood of vaccinated patients under a dark-field microscope.

That’s a more radical decision than it might sound. According to Sasha Latypova, a scientist with 25 years of experience in clinical trials for pharmaceutical companies, the contract between Pfizer and the US government prohibits independent researchers from studying the vaccines. They claim it would ‘divert’ these precious resources away from their intended use fulfilling an ‘urgent’ need.

Is that true in Australia? Who knows? All the Commonwealth Department of Health has said about its contract with Pfizer is that it is commercial-in-confidence.

The Therapeutic Goods Administration performs tests on all Covid vaccines for composition and strength, purity and integrity, identity and endotoxins, but it provides scant details other than the batch numbers tested and whether they passed. (Spoiler alert: they did.)

In the US, the Centers for Disease Control specifically states that all Covid-19 vaccines are free from ‘metals, such as iron, nickel, cobalt, lithium, and rare earth alloys’ and ‘manufactured products such as micro-electronics, electrodes, carbon nanotubes, and nanowire semiconductors’.

Notably, this list does not include graphene oxide which has been widely investigated for biomedical applications. Some researchers sing its praises, its ‘ultra-high drug-loading efficiency due to the wide surface area’, its exceptional ‘chemical and mechanical constancy, sublime conductivity and excellent biocompatibility’. But there’s a catch. ‘The toxic effect of graphene oxide on living cells and organs’ is ‘a limiting factor’ on its use in the medicine.

So is there graphene oxide in the Pfizer shots? What Nixon found, and filmed, is bizarre to say the least. Inside a droplet of vaccine are strange mechanical structures. They seem motionless at first but when Nixon used time-lapse photography to condense 48 hours of footage into two minutes, it showed what appear to be mechanical arms assembling and disassembling glowing rectangular structures that look like circuitry and micro chips. These are not ‘manufactured products’ in the CDC’s words because they construct and deconstruct themselves but the formation of the crystals seems to be stimulated by electromagnetic radiation and stops when the slide with the vaccine is shielded by a Faraday bag. Nixon’s findings are similar to those of teams in New Zealand, Germany, Spain and South Korea.

An Italian group led by Riccardo Benzi Cipelli analysed the blood of over 1,000 people, one month after they were vaccinated, who had been referred for tests because they had experienced side effects. They ranged in age from 15 to 85 and had had between one and three doses. More than 94 per cent had abnormal readings, deformed red blood cells, reduced in counts and clumped around luminescent foreign objects which also attracted clusters of fibrin. Some of the foreign objects dotted the blood like a starry night, some self-assembled into crystalline structures and others into spindly branches and tubes.

The Italians think the objects are metallic particles and say they resemble ‘graphene oxide and possibly other metallic compounds’. They believe the damaged blood is contributing to post-vaccine coagulation disorders, which in turn contribute to increased malignancies, while graphene-family materials are associated with oxidative stress, DNA damage, inflammation and damage to those parts of the immune system that suppress tumours.

The artificial mRNA concoction which is ‘cloaked’ from the recipient’s immune system is also likely to reduce the recipients immune function, increasing the likelihood of new or recurring tumours.

Nixon has shared his findings with Wendy Hoy, professor of medicine at the University of Queensland who has called on the Australian government and its health authorities to explain the apparent spontaneous formation of chips and circuitry in mRNA vaccines when left at room temperature, and the abnormal objects that can be seen in the blood of vaccinated people. Hoy thinks that these are ‘undoubtedly contributing to poor oxygen delivery to tissues and clotting events, including heart attacks and strokes’ and asks why there is no systematic autopsy investigation of deaths to investigate the role of the vaccine in Australia’s dramatic rise in mortality.

According to the latest data from the Australian Bureau of Statistics, excess mortality was over 17 per cent in July. It is similarly elevated in other highly vaccinated populations.

In the UK, there have been more excess deaths in the last three months than at any time during the pandemic or indeed since 2010. In the most recent week, excess mortality in England was 16 per cent.

The situation is all the more alarming because there should be fewer deaths now, since so many people died earlier in the pandemic. There has also been a dramatic rise in people with disabilities.

Why is this? Almost certainly, because the unvaccinated who die of Covid in NSW are frail and elderly with multiple comorbidities, living in aged care or palliative care or at home, and don’t go to hospital. Why weren’t they vaccinated? Probably because they or their doctors feared it would kill them.

The question is, how many others is it killing too? Until health authorities tell us what’s in the shots, we won’t know.

Rebecca Weisser is an independent journalist. Like what you read?  Consider supporting her work at PayPal.

Dr. Mihalcea refers to this 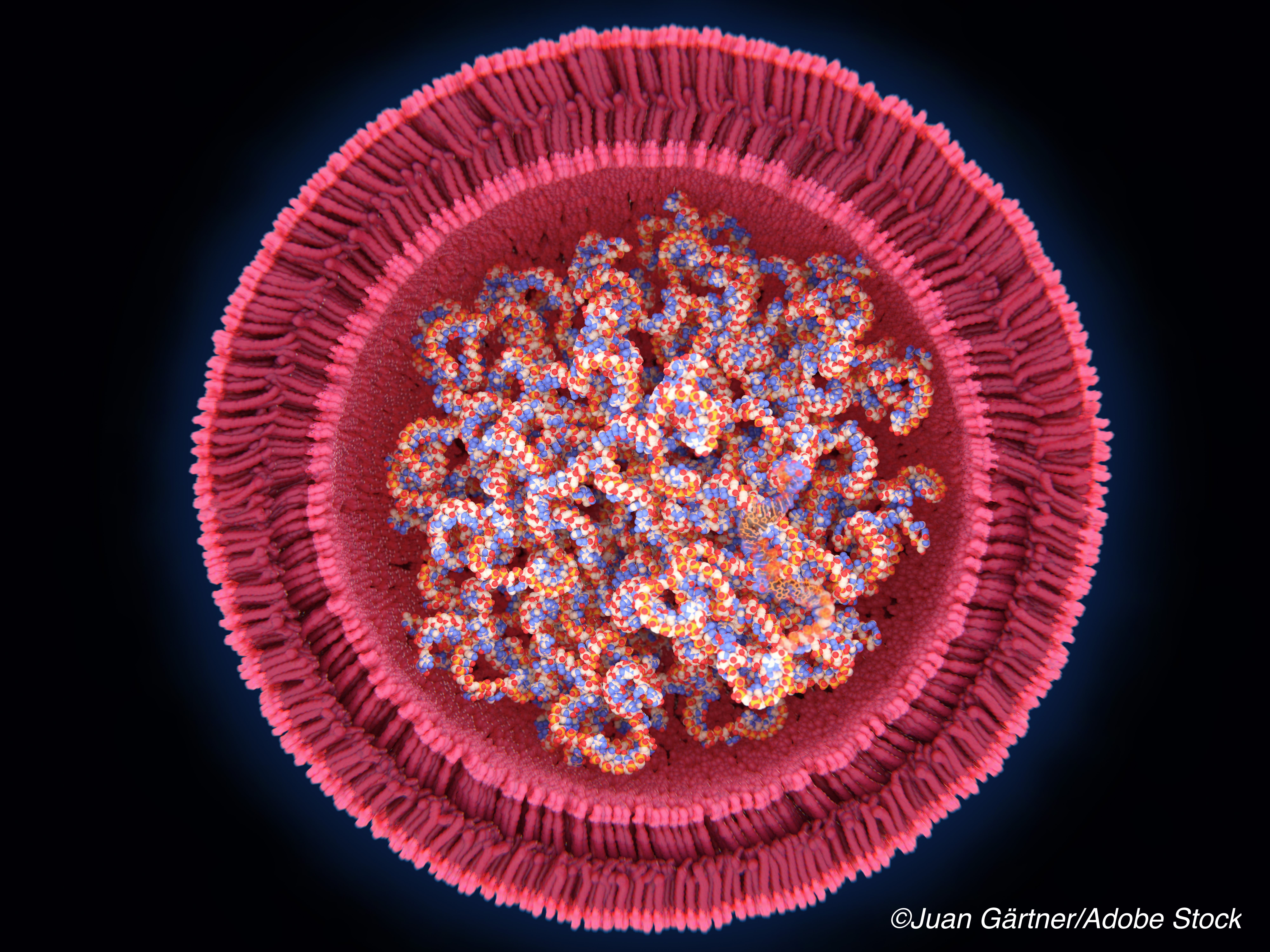 Leaked documents from the European Medicines Agency (EMA) revealed that early commercial batches of the Pfizer-BioNTech mRNA-based Covid-19 vaccine contained unexpectedly low numbers of intact mRNA compare to earlier clinical batches, according to a special report published in The BMJ.

According to investigative journalist Serena Tinari, the author of the report, these leaks stem from a December 2020 cyberattack on the EMA that resulted in over 40 megabytes of classified documents being sent to various journalists and academics around the globe. In those documents, EMA scientists charged with assessing the quality of the vaccine expressed concerns regarding “truncated and modified mRNA species present in the finished product,” and the EMA filed two “major objections” with Pfizer, Tinari explained. To date, none of the leakers have been identified, she added.

An email from a high-ranking EMA official contained among the leaks, dated Nov. 23, “identified ’a significant difference in % RNA integrity/truncated species’ between the clinical batches and proposed commercial batches — from around 78% to 55%,” Tinari wrote. “The root cause was unknown and the impact of this loss of RNA integrity on safety and efficacy of the vaccine was ’yet to be defined,’ the email said.” But, apparently, something changed between the date of that email and the vaccine’s eventual authorization — as of Dec. 21, when the EMA authorized the Pfizer-BioNTech vaccine, the agency’s public assessment report noted that “the quality of this medicinal product, submitted in the emergency context of the current (Covid-19) pandemic, is considered to be sufficiently consistent and acceptable.”…. [ ]

What is in the so-called COVID-19 “vaccines”? Evidence of a Global Crime Against Humanity

David A. Hughes is a Senior Lecturer in International Relations at the University of Lincoln in the UK. He holds undergraduate and master’s degrees from the University of Oxford and a Ph.D. from Duke University. Appalled by the Covid era of mass atrocity and the ruling class project to bring about a new dark age of technocratic enslavement, he is working to expose the deep state mechanisms that have brought humanity to the edge of the abyss – but also to highlight the revolutionary potential that arises when the old order breaks down and the new one is not yet born. Recent papers include “COVID-19 ‘Vaccines’ for Children in the UK: A Tale of Establishment Corruption” (International Journal of Vaccine Theory, Practice, and Research) and “Wall Street, the Nazis, and the Crimes of the Deep State” (Propaganda in Focus).

Here is a link to the paper on “vaccine” contents:

Dr. Ana Mihalcea is a board-certified Internal Medicine Physician and President of AM Medical LLC, an integrative health clinic with a focus on anti-aging and reversal of all diseases. Dr. Ana is the Award-winning Author of the book “Light Medicine – A New Paradigm – The Science of Light, Spirit and Longevity”. She is an advocate for medical freedom. She also does Live Blood Analysis evaluating the effects of C19 injectables of shedding and is involved with international team of doctors and researchers working in this area. 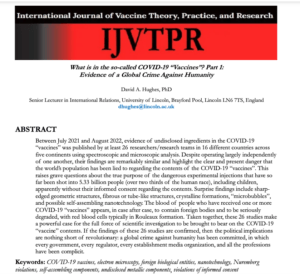 Vaccines Must Be Stopped Immediately!

The COVID-19 vaccination programs must be stopped immediately The German Working Group for COVID Vaccine Analysis has made its initial findings publicly available in a wide-ranging report:

Thanks for reading Dr. Ana’s Newsletter! Subscribe for free to receive new posts and support my work.

1. Toxic substances were found in all of the samples of COVID-19 vaccines – without exception.

2. The blood samples of all the people who had been vaccinated showed marked changes.

3. The greater the stability of the envelope of lipid nanoparticles, the more frequent are vaccine side effects.

1. In all samples of COVID-19 vaccines, without exception, components were found, using several methods of measurement, that: – are, in the quantities found, toxic according to medical guidelines, – had not been declared by the manufacturers as present in the vaccines, – are for the most part metallic, – are visible under the dark-field microscope as distinctive and complex structures of different sizes, – can only partially be explained as a result of crystallization or decomposition processes, – cannot be explained as contamination from the manufacturing process.

3. The stability of the lipid nanoparticle envelope is closely correlated with the incidence of vaccine side effects and injury. The more stable this envelope, the greater the amount of mRNA that penetrates cells, where the production of spike proteins then takes place. These results correspond with the findings of pathologists who have carried out autopsies on people who died due to vaccine injury. Spike proteins were detected in damaged tissue. Researchers suspect that the spike protein is, in itself, is toxic.

The following predominantly metallic elements were unexpectedly detected in the doses from AstraZeneca, BioNTech/Pfizer and Moderna:

Please look at this extensive research and excellent documentation here:

Here is another researcher who found nanostructures:

Dr. Daniel Nagase discusses in this video the mass spectroscopy that did not identify any Phosphorous or Nitrogen in the sample. This means there was no elements related to life, that constitute molecules like RNA, DNA or proteins.

Here is an article about his findings:

As a physician, I am horrified by this information. I want everyone in the world to see this, this is not normal. This is undeniable evidence. This is the transhumanist AI agenda in full force. The vaccines must be stopped. This is being injected into children. This is being injected into good people who know nothing about the diabolical agenda behind the shots. There is so much irrefutable information now, and all responsible need to be held accountable. Read this. Look at it. This was injected into 68% of the world population.

My heart goes out to those who have this in their body. Do something, share it, speak up. Save humanity. Thank you