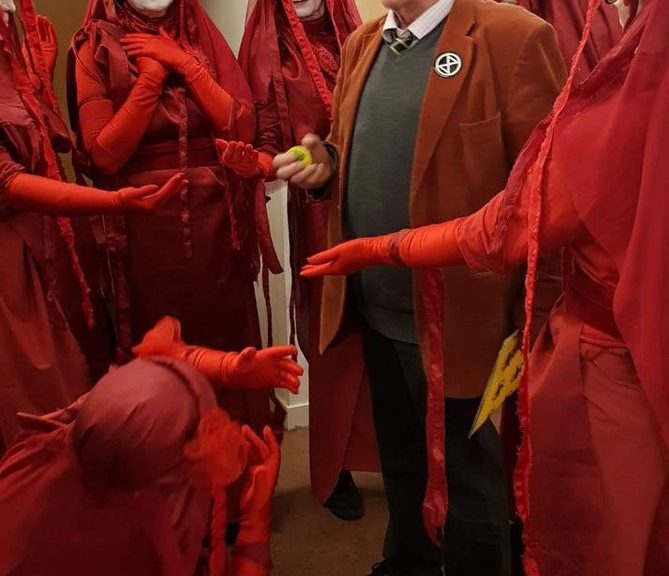 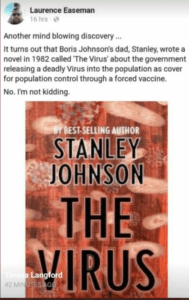 Stanley Johnson did write a novel called ‘The Virus’ 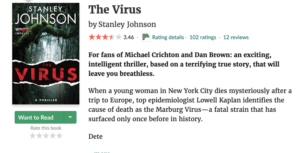 A post on Instagram claims that Stanley Johnson, father of Prime Minister Boris Johnson, wrote a novel called ‘The Virus’ in 1982 and includes a synopsis of the book. This is correct.

The book was initially published in 1982, and was republished this summer during the coronavirus pandemic.

The novel was originally titled ‘The Marburg Virus’, and loosely draws on a real outbreak of a virus in Marburg, Germany, in 1967. The outbreak was associated with laboratory work using African green monkeys imported from Uganda. In Mr Johnson’s novel, this virus reaches New York.

Stanley Patrick Johnson (born 18 August 1940) is a British author[2] and former Conservative Party politician who served as Member of the European Parliament (MEP) for Wight and Hampshire East from 1979 to 1984. A former employee of the World Bank and the European Commission, he has written books on environmental and population issues. His six children include Prime Minister Boris Johnson; former MP and minister Jo Johnson; and journalist Rachel Johnson.

It seems that the PM’s father hobnobbed with the following 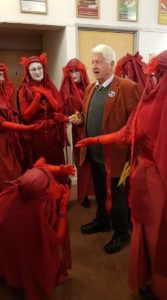 United Kingdom Prime Minister Boris Johnson said on Friday that nations coming out of the pandemic need to “build back better” in a “greener,” “more gender neutral and perhaps a more feminine way.”

“I think the inequalities may be entrenched. We need to make sure as we recover, we level up across our societies and we build back better,” the Conservative Party prime minister began in his remarks during a roundtable with world leaders at the G-7 Summit in Cornwall, England.

“And I actually think we have a huge opportunity to do that because as G7, we are united in our vision for a cleaner, greener world, a solution to the problems of climate change,” Johnson continued. “And in those ideas, in those technologies, which we are all addressing together, I think there is the potential to generate many many millions of high-wage, high-skilled jobs and I think that is what the people of our countries now want us to focus on.”

North Korea is looking better by the day!