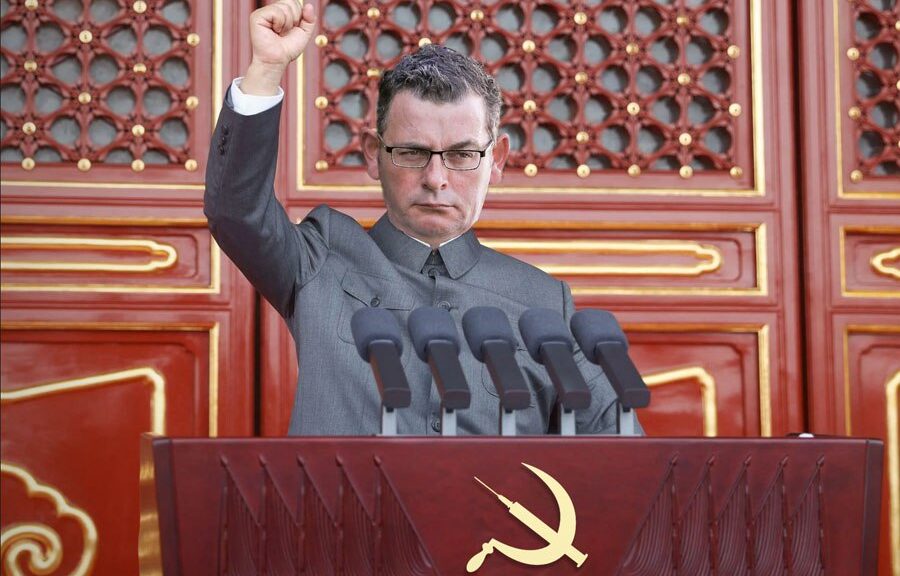 Moderna’s vaccine production factory will be based at Melbourne’s Monash University under a 10-year deal inked with both state and federal governments.

Up to 100 million mRNA vaccine doses will be produced each year under the manufacturing partnership, signed by Prime Minister Anthony Albanese and Victorian Premier Daniel Andrews on Monday.

Moderna will also set up its headquarters and a regional research centre in Victoria.

The factory will be the only Moderna facility of its kind in the southern hemisphere and first to be based at a university.

Mr Albanese said COVID-19 presented a “once in a generation” opportunity to safeguard the nation in the face of future public health crises.

“The pandemic has shown us how important local manufacturing capability is to our security and to our health,” he said.

Mr Andrews said the facility would be 1.5 times the size of the Melbourne Cricket Ground and lead to the creation of 1000 jobs, including 500 in construction.

Australia’s inability to procure COVID-19 vaccines in the early stages of the rollout highlighted its lack of sovereign capability, he said.

“Because we didn’t make enough things here, that’s made a challenging time even more difficult,” Mr Andrews told reporters at the Clayton campus after signing the agreement.

Moderna is currently in phase one trials for a COVID-flu combination vaccine, which could be produced at the site if deemed safe and effective.

Meanwhile, Australia’s latest wave of infections may be nearing its end but new sub-variants could soon bring a further spike in cases, an epidemiologist warns.

NSW and Victoria combined reported fewer than 10,000 new infections on Monday, while about 35,000 cases were announced nationwide over the weekend.

The seven-day average for case numbers in Australia has dropped to the lowest level since mid-February, according to Johns Hopkins data.

University of South Australia epidemiologist Adrian Esterman says while the wave linked to the highly infectious BA.4 and BA.5 Omicron sub-variants appears to have subsided, others continue to emerge.

“We’re seeing a wave due to new sub-variants every three to four months and we have done for the last eight months,” he told AAP.

“So if the same pattern continues, we might expect a new wave from a new sub-variant around November and there’s already a couple on the horizon.”

Professor Esterman said the BA.2.75 variant was taking over as the dominant strain in India, while BA.4.6 had begun to take hold in parts of the United States.

Those strains were almost certainly already in Australia but it is too soon to know whether they would become dominant or if a sub-variant that caused more severe infections would assume their place, he said.

How it went in South Africa