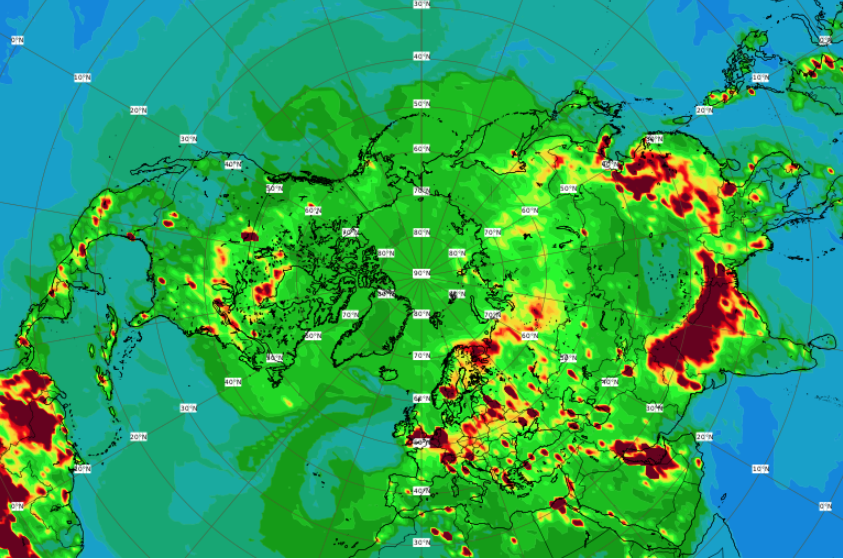 Despite the following tweet, my suspicion is they will look ANYWHERE but at methane clathrates in the Arctic Ocean.

That continues to be taboo.

Methane is four times more sensitive to global warming than previously thought, a new study shows. The result helps to explain the rapid growth in methane in recent years and suggests that, if left unchecked, methane related warming will escalate in the decades to come.

The growth of this greenhouse gas – which over a 20 year timespan is more than 80 times as potent than carbon dioxide – had been slowing since the turn of the millennium but since 2007 has undergone a rapid rise, with measurements from the US National Oceanic and Atmospheric Administration recording it passing 1,900 parts a billion last year, nearly triple pre-industrial levels.

“What has been particularly puzzling has been the fact that methane emissions have been increasing at even greater rates in the last two years, despite the global pandemic, when anthropogenic sources were assumed to be less significant,” said Simon Redfern, an earth scientist at Nanyang Technological University in Singapore.

But another explanation could be a slowdown of the chemical reaction that removes methane from the atmosphere. The predominant way in which methane is “mopped up” is via reaction with hydroxyl radicals (OH) in the atmosphere.

To understand what was driving the methane acceleration, Redfern and his colleague Chin-Hsien Cheng used four decades of methane measurements and analysed changes in the climate to identify how the availability of hydroxyl radicals might have changed and what impact the changing climate might have had on methane sources.

Their findings, published in the journal Nature Communications, suggest global heating is four times more influential in accelerating methane emissions than previously estimated, with rising temperatures helping to produce more methane (by speeding up microbe activity in wetlands for example), while at the same time slowing down the removal of methane from the atmosphere (with increasing numbers of wildfires reducing the availability of hydroxyl radicals in the upper atmosphere). “It was a really shocking result, and highlights that the effects of climate change can be even more extreme and dangerous than we thought,” said Redfern.

“If the oxidative capacity of the air is also in trouble, as these results suggest, then we have a double-edged sword,” said Euan Nisbet, an earth scientist at Royal Holloway, University of London, who led the UK’s Global Methane Budget project and was not involved in the study. “That’s a real worry because methane acceleration is perhaps the largest factor challenging our Paris agreement goals.”

While carbon reduction needs to remain the main focus, Redfern and Cheng said methane cannot be ignored. Nisbet agreed, saying: “Much of the emission comes from recently industrialised or developing countries and they need help. What is needed is not money but good governance. We need to persuade China and India – the two biggest emitters – to join the global methane pledge and deal with their coalmine vents, crop waste fires and landfill emissions. And we need to look at Africa where methane emissions may be growing rapidly from growing population, widespread crop waste fires and landfills, and warming natural wetlands.”

Meanwhile, reducing and preventing forest fires and biomass burning is also important. “The worry is that climate change may accelerate such risks, feeding back to accelerating atmospheric methane concentrations in a vicious circle,” said Redfern.