Go to the original for embedded video footage

Accelerated KC-46 in Poland and Germany

A dangerous incident took place in the Luhansk region, which can be considered by NATO as a “chemical attack” and there can be rapid developments.

According to information, a nitric acid tank was hit, releasing deadly gas in the surrounding area.

Russians and Ukrainians are blaming each other for who hit the nitric acid tank.

The regional administrator, Serhiy Haidai, said “Russian forces hit a tank in Rubizne and called on residents to stay in shelters. Mentioned features:

“Do not leave the shelters! If you are indoors – close the doors and windows!

Nitric acid is dangerous if inhaled, swallowed or in contact with skin.

Gas masks are used to protect against vapors and clouds of nitric acid. Get your face masks ready! ”

Haidai has warned of bronchitis, dizziness and drowsiness, which usually follow exposure to mild nitric acid levels. At higher exposure, people are more likely to experience pulmonary edema, he said, adding that it can also cause vision loss when it enters the eyes.

In severe cases, ingestion of high doses of nitric acid can lead to death. 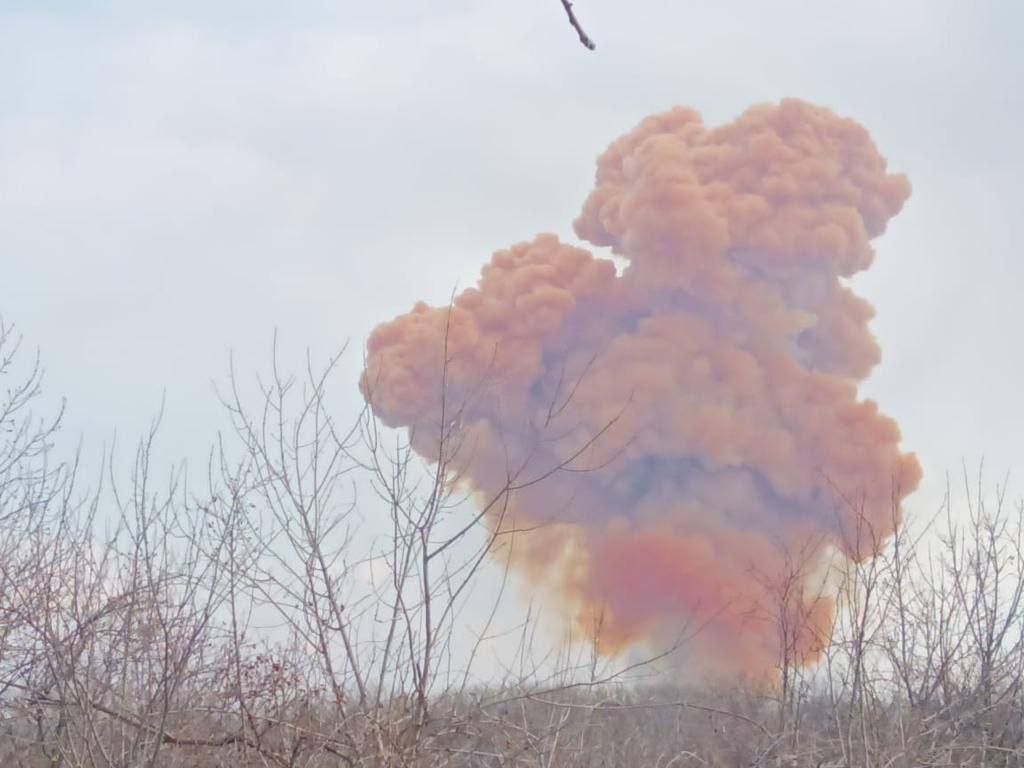 NATO has unexpectedly sent tanks and armor to Ukraine via the Czech Republic, with suspicions that anti-aircraft and fighter jets are following as Bulgaria receives 8 F-16 Block 70s.

The Americans are preparing the ground for a direct military engagement, at least in western Ukraine.

This shows a series of hasty military moves. The change in American attitude is evident after the massacre in the city of Busa.

The Czech Republic sent tanks and armor to Ukraine

The Czech Republic sent T-72 tanks and BVP-1 armored personnel carriers (the Czech version of the Soviet BMP-1) to Ukraine.

This is the first mission of a NATO member country.

It is still unknown how many tanks and armor the Czech Republic sent. Some sources speak of 40 T-72M1 and BVP-1 tanks and others of 100.

At the same time, NATO sources report that another batch is being prepared with T-72, Gozdika and BTR.

The information was confirmed by the head of the European Affairs Committee of the Czech lower house, Audrey Benesic, who said he had received the information from the Christian Democrat’s defense expert.

Defense Minister Yana Chernotsova told Parliament she would not confirm or deny details of Czech aid to Ukraine.

“I can only assure you that the Czech Republic… helps Ukraine as much as it can and will continue to help (supply) military equipment, light and heavy, ” the minister said.

The non-operational KC-46s in Poland and Germany

At the same time, an additional 10 American F-18 fighters were stationed in Poland, while two B-52s are constantly operating in southeastern Europe, in Adriatic and northern Greece. The US has amassed a large air force in Poland.

It is noteworthy that the Boeing KC-46 began to carry out air supply missions in Europe, supporting American fighters and bombers over Germany and Poland , although they are not yet considered operational.

Why did the US rush the non-operational KC-46s? Obviously the US wants to keep dozens of fighters in the air if needed.

This particular tanker does not supply specific NATO and US aircraft such as the A-10 Warthog. However, it supplies 85% of American aircraft, mainly F-35s and F-22s.

The Russians shot down two Ukrainian Mi-8 helicopters trying to free Azov forces from the Azovstal plant for the third time, along with Western officials.

A huge thriller has started as Russian journalistic and military sources report that NATO Officers are trapped, including a senior US Officer.

The Russians report that these forces have no way out. So sooner or later they will fall into the hands of the Russian Army.

The Russian Defense Ministry announced that two other Ukrainian Mi-8 helicopters were shot down, which tried to evacuate members of the Azov Battalion. And not only.

“This morning there was another attempt to free Azov forces near Mariupol.

Two Mi-8 helicopters of the Ukrainian Armed Forces, this time trying to cross the city bypassing and entering from the sea, were hit by MANPADS, as the previous time.

The Russian side has repeatedly offered the Ukrainian army a humanitarian corridor. Stop the hostilities, voluntarily lay down arms and leave Mariupol on the agreed route to the Kyiv-controlled area.

The same offer was made at 6:00 this morning. But, as before, the Ukrainian side ignored the proposal.

“Given Kiev’s indifference to the preservation of its military life, Mariupol will be liberated from the nationalists by the Russian military and Donetsk forces,” the Russian Defense Ministry said angrily.

It seems that the Ukrainian authorities have rejected the Russian offer for a humanitarian corridor on Ukrainian territory and now the Ukrainian troops in Mariupol can only fight to the death or surrender.

Thriller with an American Officer

U.S. sources say a senior U.S. official leading a group of 30 Ukrainian soldiers, not members of Azov, has been trapped.

He is accompanied by Officers from France-Germany-Britain and Sweden.

This is probably the reason why France has recently called for a “humanitarian corridor”.

This group is hidden in the Azovstal industrial complex.

The Ukrainians made another land attempt to free themselves from Mariupol.

Specifically, they tried to escape from the port of Mariupol, moving west. Unfortunately for them, Russian units and the Donetsk Republican People’s Militia were waiting for them.

From the territory of the port of Mariupol, several groups of Ukrainian soldiers and Azov fighters tried to escape from the city through the settlement of Pokrovskoe. This is the westernmost district of Mariupol.

“The movement of Ukrainians was met with heavy Russian fire, including the use of tanks. “Ukrainian forces suffered heavy casualties and are now dispersed with ammunition running out,”  Russian sources said. 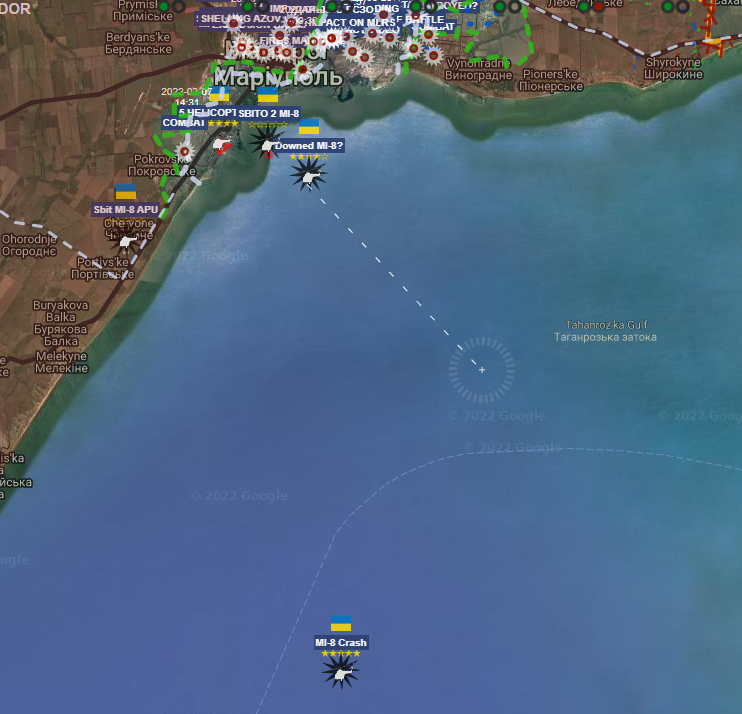 “Come out with your hands up”: Mass traditions of Ukrainians – The brutal death of Azov members by 2S4 Tyulpan

R. Kadyrov: “The hunt in Azovstal has begun”

Mass surrenders of Ukrainian soldiers take place in Mariupol after the disbandment of the 503rd Marine Battalion.

New videos have been released with Ukrainian soldiers surrendering in the port area, as well as in areas adjacent to the territory of the Azovstal plant.

They fought to the last bullet: End titles for the 501st Ukrainian Battalion – 267 Marines surrendered (video)

According to the latest information, more than 40 soldiers of the Ukrainian Armed Forces surrendered on the left bank of Mariupol.

The Russians report that the Ukrainians found with their hands high up a building located in the area of ​​kindergarten No. 91 on Lomizova Street. This road is adjacent to Azovstal, home to several hundred Azov fighters.

In the video I have English subtitles, the Russian Commander is heard saying:

“A bus will come now and pick them up. They are more afraid of their own than of us. If the Right Sector is here it would kill them “

While another Russian notes:

“You are prisoners of the Donetsk Republic. Behave like prisoners. Answer the questions we will ask you “.

Meanwhile, according to Russian sources, a group of Azov forces died tragically in the Azovstal area.

Azov’s group was reportedly spotted by a Russian drone. The Russians then used 240 mm 2S4 Tyulpan self-propelled mortar to “clear” this unit.

It is the deadliest artillery as it is the heaviest mortar in service in the world.

It has a range with simple ammunition (weight 130 kg) 10km. and 20 km with extended ammunition.

R. Kadyrov: “The hunt has begun”

According to the leader of the Chechen Republic, none of the members of Azov will leave the territory of Mariupol alive.

The Chechen leader announced that the Chechen special forces had advanced on the territory of the Azovstal factory in Mariupol.

According to Kadyrov, those fighters who entered the factory grounds to clear Azov’s forces have extensive experience in special operations to eliminate various terrorist groups.
Τί
Kadyrov added that “the hunt has begun” .

At the same time, Russian military correspondents in Mariupol say that perhaps artillery and MLRS missile systems such as the TOS-1 should have been used to eliminate Azov at Azovstal, so as not to expose Russian military personnel to additional danger. 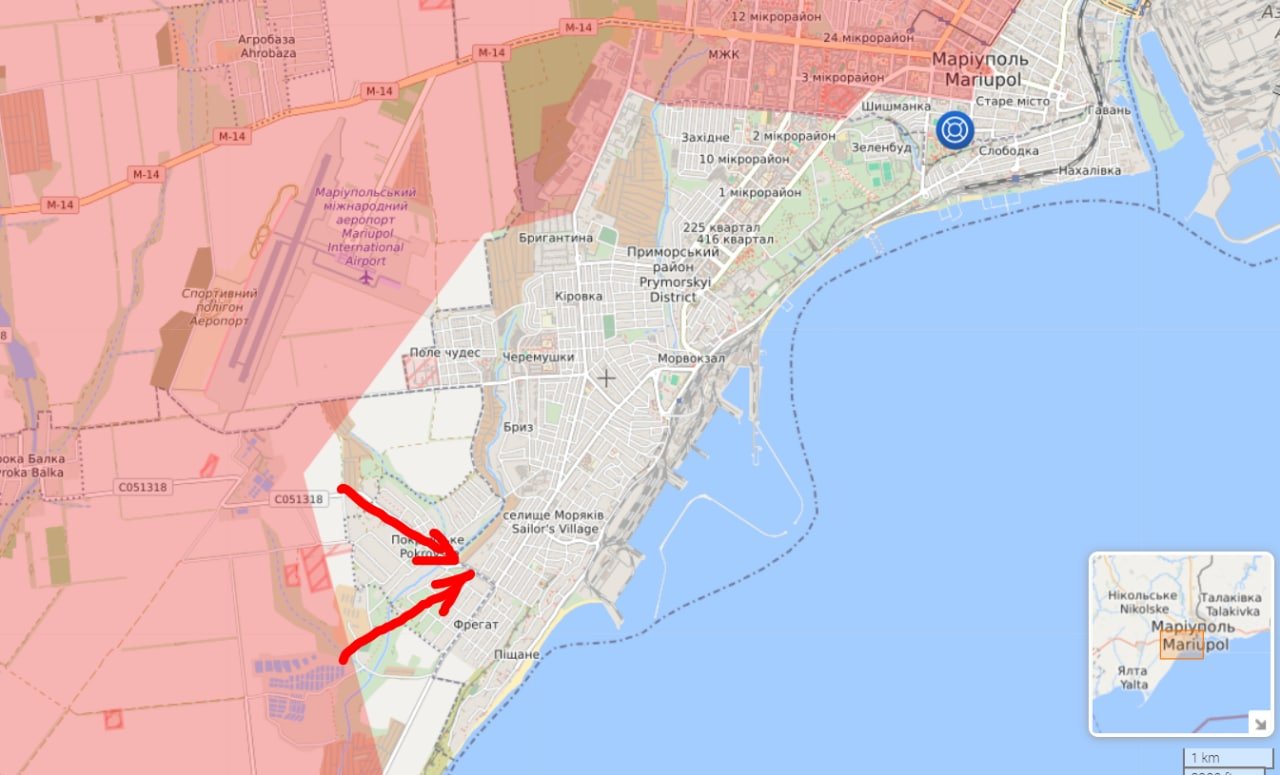