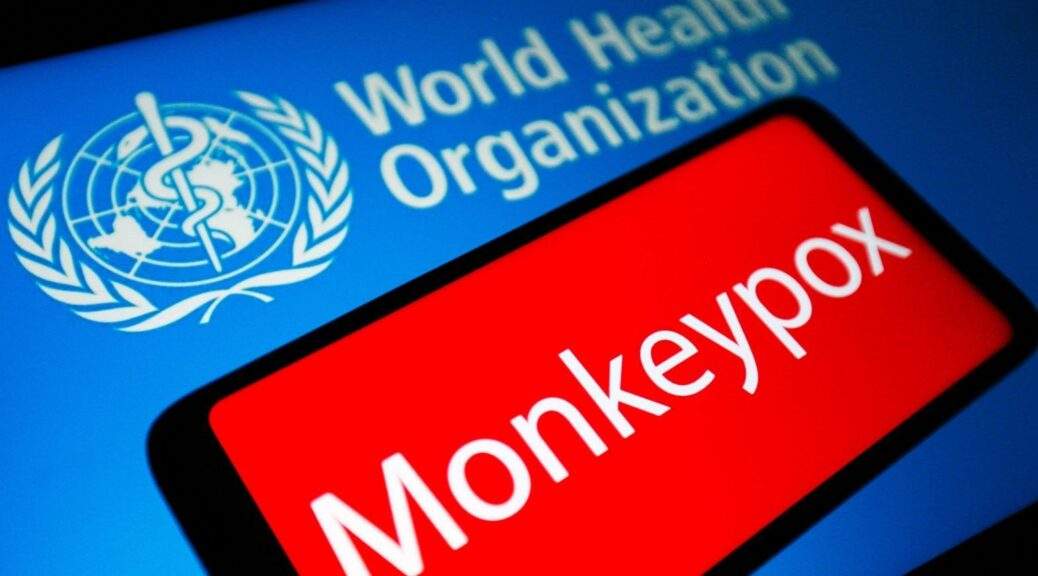 As 16,000 cases have been reported worldwide, the World Health Organization said that the spike is still concentrated among gay men
© AFP / Fabrice COFFRINI

The World Health Organization on Saturday declared the global spread of monkeypox a ‘Public Health Emergency of International Concern’, one level below the pandemic status assigned to Covid-19. There have now been 16,000 cases recorded in 75 countries, WHO Director Tedros Adhanom Ghebreyesus said.

The monkeypox outbreak, which began among gay men in Europe in May, is the first disease outbreak to be labeled a public health emergency by the WHO since Covid-19 in January 2020, two months before the latter was declared a global pandemic by the organization.

“We have an outbreak that has spread around the world rapidly, through new modes of transmission, about which we understand too little,” Tedros said after a discussion with the WHO’s emergency committee. Pointing to the spread of monkeypox in countries where it is traditionally not found, as well as its risk to human health, Tedros added that “for all of these reasons, I have decided that the global monkeypox outbreak represents a public health emergency of international concern.”

Monkeypox is similar to human smallpox, which was eradicated in 1980, and is endemic in parts of west and central Africa. Its initial symptoms include fever, headache, muscle aches, backache, swollen lymph nodes, chills, and exhaustion, and those afflicted develop distinctive skin lesions.

The first European cases occurred almost exclusively in gay and bisexual men, with health officials noting that lesions were appearing on patients’ genitals. While it is unclear whether the current outbreak is spreading solely through sexual contact, Tedros stated that “this is an outbreak that is concentrated among men who have sex with men, especially those with multiple sexual partners.”

Tedros called on groups representing gay men to “adopt measures that protect both the health, human rights and dignity of affected communities,” although the WHO chief stopped short of calling on these men to abstain from sexual activity.

A combined vaccine for smallpox and monkeypox is in production, and has been distributed in major cities in the US, UK, and several European countries.

Although some African strains of monkeypox can kill 3-6% of those they infect, the current outbreak appears significantly milder. According to Tedros, the disease has killed only five people worldwide so far.

One day before the WHO meeting, the US recorded its first cases involving children. Both cases “are traced back to individuals who come from the…gay men’s community,” Centers for Disease Control and Prevention (CDC) Director Rochelle Walensky told the Washington Post, although she did not clarify whether these children caught the disease sexually or non-sexually, for example through contact with a patient’s clothing.

At least five children in Europe have also been infected.

About three hours ago it was announced the World Health Organization has officially declared the “monkeypox outbreak” a Public Health Emergency of International Concern (PHEIC).

Following their second emergency meeting on monkeypox in less than a month, WHO Director-General Thedros Adhanom told the press:

In short, we have an outbreak that has spread around the world rapidly through new modes of transmission about which we understand too little and which meets the criteria in the international health regulations […] For all of these reasons I have decided that the global monkeypox outbreak represents a global health emergency of international concern.”

For anyone living under a rock for the past two years, a PHEIC is defined as:

It is the highest alert WHO can issue, and grants them legal authority to issue travel warnings or restrictions, inspect and critique the public health measures of member states and other things of that nature.

Exactly what that means in this instance, and what form the “coordinated international response” will take, it is currently too early to tell.

Interestingly, according to the Guardian, this was entirely Ghebreyesus’ decision, that the committee was “deadlocked”, and he broke the deadlock and declared the PHEIC without a majority vote:

the WHO’s director general, said at a press conference that the committee met on Thursday to review the latest data, but that they were unable to reach a consensus. However, he has since decided to break the deadlock by declaring a PHEIC

Just last month, at their first emergency summit on monkeypox, the WHO declined to brand it a PHEIC (to some confusion among the pundit class).

Presumably Ghebreyesus could have “broken the deadlock” then, too, but declined to do so.

What’s changed since then?

What we do know is that, in a delightfully convenient bit of timing, just yesterday Danish pharma company Bavarian Nordic announced their smallpox vaccine had been approved for use against monkeypox by the European Medicines Agency [official statement].

Bavarian Nordic has had a very good quarter of business thanks to monkeypox, and with these two announcements working in concert, they can expect a big increase in the value of their stock.

It’s also unlikely to be a coincidence that this comes right on the tail of a “study” which has found “new symptoms” in monkeypox patients which (allegedly) means it may have been “under-diagnosed” to this point.

Meanwhile, again just yesterday, the Atlantic is headlining “We’re testing for monkeypox the wrong way”, and calling people with no symptoms to be tested, as well as warning against the (very familiar) “danger” of “asymptomatic transmission”.

All of this, in combination with the resurgent Covid headlines, suggest a push back towards a “public health” narrative and away from the “war in Ukraine” narrative.

But what do you guys think?