Put
this into your archives. Next time you are accused of being
“anti-Semitic” you can produce this.

As
far as the Ashenazis, who colonised Israel are concered (as opposed,
perhaps, to Sephardic Jews) it might be them who who the true
anti-semites as by the admission of the Israeli zionists the
Ashkenazis are not semitic but descended from the Khazars.

I
love my Jewish brethren but, I’m sorry, they are not Semtic.

But
you will be called anti-semite (or worse) for pointing it out.

Persian
Jews converted Turks to Judaism to create the rump of what would
become today’s Jewish population, DNA research has revealed. 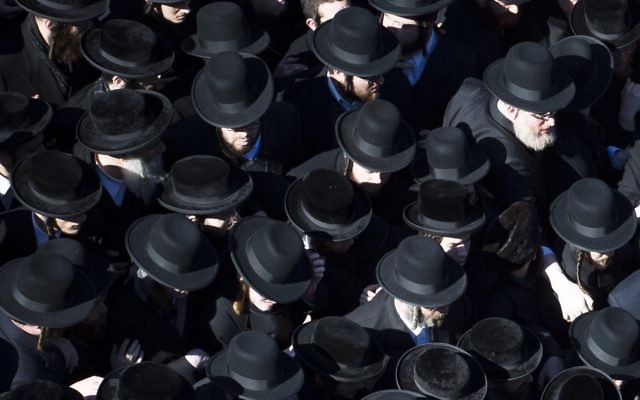 Persian
Jews converted Turks to Judaism to create the rump of what would
become today’s Jewish population, DNA research has revealed.

The
fascinating insight, which shows that most Ashkenazi Jews descend
from Turkey, was made possible by state-of-the-art computer modelling
and genetic techniques.

It
is the largest genomic study ever carried out on Ashkenazi Jews, and
shows that most of today’s population are the descendants of
Greeks, Iranians and others who colonised what is now northern Turkey
more than 2,000 years ago.

Elhaik
shows that locals were converted to Judaism by Jews from Persia,
whose empire then home to the world’s largest Jewish communities.

Concurrent
analysis of Yiddish suggests that it was originally a Slavic language
which the researchers think was developed by Jewish tradesmen
travelling along the Silk Roads linking China and Europe 1,200 years
ago.

It
was only when the Khazar Empire began to decline around 1,000 years
ago that the Jewish converts headed west, into central Europe, coming
into contact with German-speaking peoples.

Elhaik
and his team from the University of Sheffield publish their findings
in scientific journal Genome Biology and Evolution and say their work
helps settle an age-old debate about the origins of the 1,000-year
old Yiddish language.

“The
prevalent view claims Yiddish has a German origin, whereas the
opposing view suggests a Slavic origin with strong Iranian and weak
Turkic substrata,” they say.

“One
of the major difficulties in deciding was the unknown geographical
origin of Yiddish speaking Ashkenazic Jews,” they say, but their
analysis “demonstrates that Greeks, Romans, Iranians, and Turks
exhibit the highest genetic similarity with Ashkenazic Jews”.