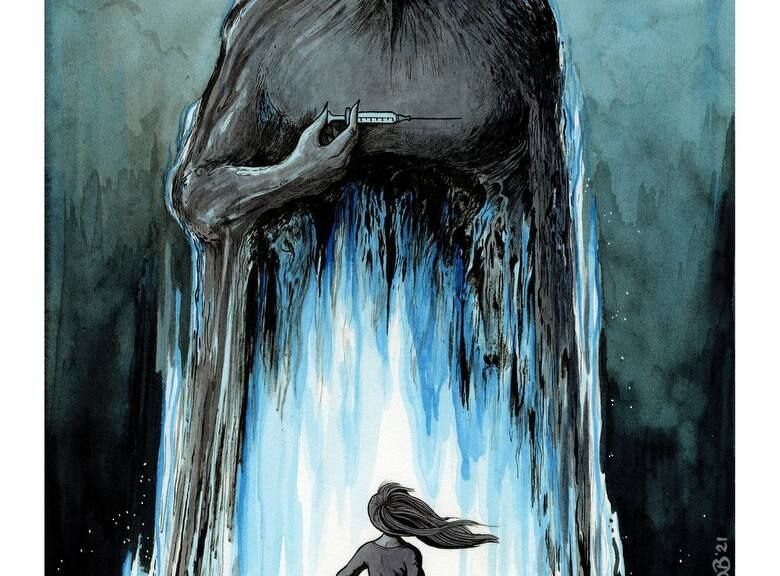 Protesters outside Starship Hospital supporting the parents of a baby who are trying to prevent his surgery because they do not want blood from any who has had the Covid-19 vaccine to be used. Photo: RNZ / Marika Khabazi

The baby whose parents did not want him to receive blood from people who may have had the Covid vaccine has undergone urgent heart surgery today.

Grey said she had received a text message from the baby’s parents confirming the surgery was finished and the six-month-old was doing well.

The baby was this week placed under the guardianship of the High Court until the completion of the surgery and post-operative recovery.

Te Whatu Ora asked the High Court to take guardianship of the baby this week to allow the surgery to go ahead with blood from the blood service.

About 60 protesters were near the hospital many with signs as they awaited an update on whether the operation had gone ahead this morning.

A new ruling last night ordered the parents not to obstruct health staff at Starship Hospital.

In a statement this morning, police confirmed they were present at the hospital yesterday evening and overnight.

In a statement last night, Justice Gault said he had been informed by the lawyer acting for Te Whatu Ora that the baby’s parents had prevented doctors from taking blood tests, performing a chest X-ray and performing an anaesthetic assessment.

The parents objected and the hospital asked the police for help.

A new ruling last night ordered the parents not to do so.

The health service said officials would not be commenting on specific details of individual patient care or providing clinical status updates for ethical and privacy reasons.

Te Whatu Ora Te Toka Tumai Auckland interim director, Dr Mike Shepherd, had said it remained a priority to work alongside the baby’s whānau to care for him.

“In addition, we’re doing everything we can to support our teams through a difficult situation for all involved,” he said.

He confirmed a person had been trespassed from the hospital.

“As general comment, from time to time, it may be necessary to trespass an individual or individuals from our site, sometimes only for a few hours, if they are impacting our clinical team’s ability to care for patients.”

Statement by Cole & Sam.
Baby Will is stable.
The operation took over half a day.

Starship offered a family room initially for them both to be near Baby Will.That offer was subsequently withdrawn.
They have had to make their own arrangements.

Dad, Cole, is with Baby Will through the night tonight so mum Sam can sleep. She still has two children to feed and the stress of last night took a huge toll on that ability.

She needs all our love and care to replenish and heal.

She was not allowed to sleep at all last night, if she wanted to stay on the other side of the pre-op room, with Baby Will.

She was not allowed to hug him before this big operation.

We and all New Zealanders need to ask this government and Starship Hospital: WHY?

One thought on “MSM: Baby Will operation takes place”