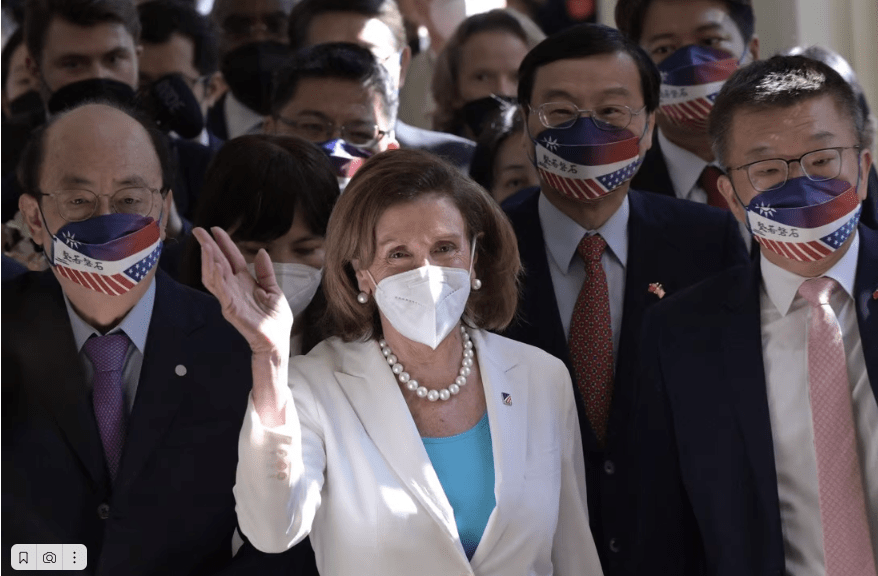 US House Speaker Nancy Pelosi met Taiwan’s parliamentary leaders on Wednesday, pledging to increase economic relations with the island amid warnings from Beijing that Washington would only inflict harm on itself if it tries to undermine China’s peaceful rise.

Pelosi and five members of the US Congress met deputy speaker Tsai Chi-chang in the absence of parliamentary speaker Yu Shyi-kun, who tested positive for the coronavirus.

She also emphasised “great opportunities” for economic cooperation between Taiwan and the United States.

Pelosi said there were three purposes of the visit. “One is security, the security for our people and global security. Two is economics. We need to spread as much prosperity as possible, and three is governance.”

She also highlighted her 1991 visit to Beijing.

“It was bipartisan when we were on Tiananmen Square [30 years ago]. And we were there specifically making the statement on human rights. But our visit was about human rights, [and] was about unfair trade practices.”

Deputy speaker Tsai praised Pelosi as a true friend of Taiwan who had steadfastly supported democratic development on the island. “Taiwan is a reliable ally of the US … Together we can work together to protect democracy,” he said. 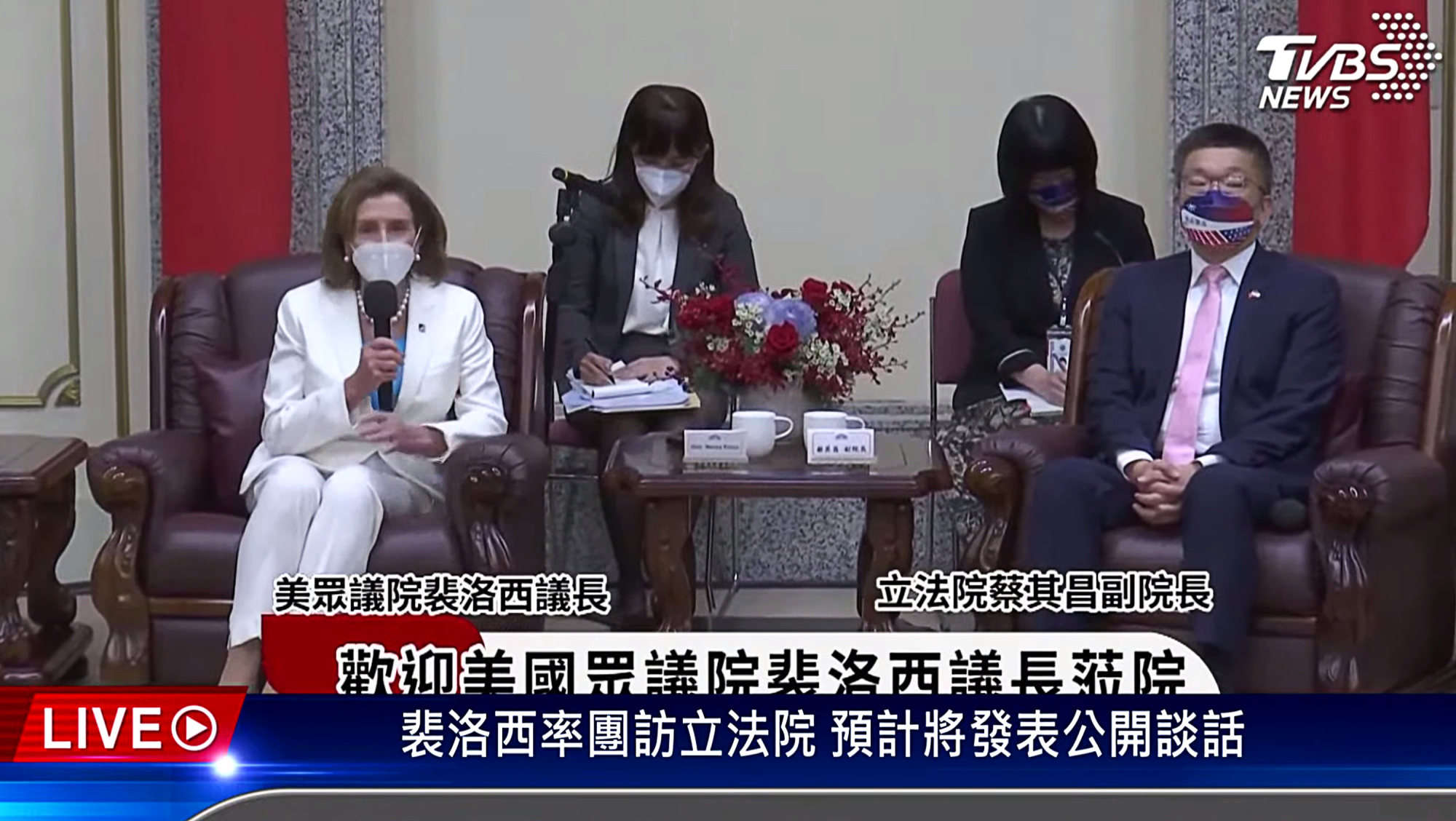 Pelosi starts her trip with talks at the Taiwanese legislature on Wednesday. Photo: TVBS

It proved again the US was the “biggest destroyer of peace and regional stability in the Taiwan Strait”, Wang said.

“Facing the national mission of uniting the country, the Chinese people have the backbone to not believe in evil and not be afraid of ghosts; the will that could not be intimidated or shattered; the determination to be unified; and the ability to resolutely defend national sovereignty and dignity.”

Pelosi is expected to meet politicians and activists during her trip to the island.

At 10.30am, the US speaker is expected to meet Taiwanese President Tsai Ing-wen, followed by a meeting with a small group of journalists at 10.50am.

At noon, she will have lunch with Tsai before heading to a human rights park in Taipei at 2pm, where she will meet several human rights activists.

Mainland Chinese social media platform Weibo has been overwhelmed with interactions about Pelosi’s visit, causing the application to crash on Tuesday night.

Discussions about pro-Beijing groups in Taipei protesting against Pelosi’s visit amassed more than 82,000 posts and one billion clicks as of 10am.

Beijing – which sees Taiwan as part of its territory and has not renounced the use of force to bring it under mainland control – has repeatedly warned Pelosi not to visit, saying there would be a strong response if she did.

Beijing sees the visit as a serious violation of its one-China principle, especially because Pelosi is the most senior US politician to visit Taiwan since her predecessor Newt Gingrich in 1997. Pelosi has also been vocal in her support of democratically run Taiwan and is a long-time critic of Beijing.

Most countries, including the United States, acknowledge the one-China principle and do not recognise Taiwan as a sovereign state. But Washington opposes any attempt by Beijing to unite Taiwan by force. The US does not have formal diplomatic relations with Taiwan and Beijing has warned Washington against having official contact with Taipei and supplying it with weapons.

Pelosi began her Asia tour on Monday in Singapore, where she met Prime Minister Lee Hsien Loong, who underscored the importance of stable US-China relations. She travelled to Malaysia earlier on Tuesday, the second stop on what is officially a four-nation trip that will also take her to South Korea and Japan.