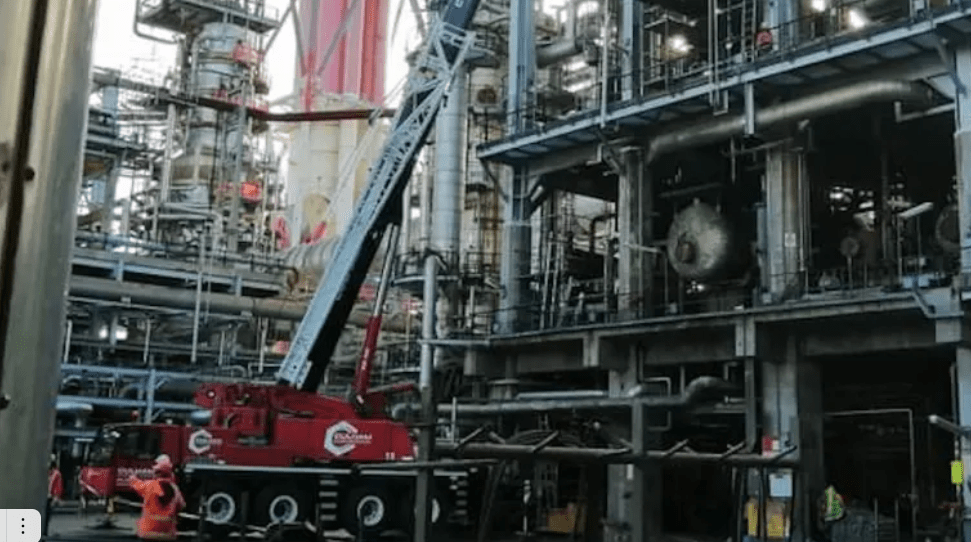 This excellent article pinpoints the predicament the country has got itself into.

The loss of the country’s only oil refinery is already hurting the economy with the threat of grounded planes this summer – and that’s just the start, argues Simon Terry. It was a crucial tool for managing fuel supply risks – that could prove costly in an extended fuel shortage

Opinion: How bad for New Zealand was the closure of the Marsden Point refinery? Appallingly bad – and counting.

This week’s news about a batch of aviation fuel being off specification and threatening flight schedules is at the lowest end of what can go wrong with the fuel supply.

The real horrors emerge if we lose access to a significant proportion of fuel use for some time. Costs to the economy are then measured in the hundreds of millions of dollars a day. And at the point fuel stocks run out, food stocks at supermarkets run out a few days later.

At present, much of the fuel supply risk lies offshore. But a critical tool for managing and reducing that risk during the transition to sustainable fuels was lost with the refinery’s closure in March.

More recently, although the plant’s owner last year described it as “one of the safest and most reliable oil refineries in the Asia-Pacific region”, it has apparently been gas axed beyond economic repair by that same owner – Channel Infrastructure.

The refinery was closed down for commercial strategic reasons – closure was even a condition of Ampol’s takeover of Z Energy. But the plant now appears to have also been demolished beyond where it can again become strategic for New Zealand – with that work coming ten years earlier than the company indicated in its annual report, released in February.

There are still ways to get to a good level of fuel security for the country, but it will cost more and require sophisticated coordination from a Government whose closedown response published last month was completely inadequate.

So what are the biggest costs resulting from the refinery being trashed?

For the three months after the refinery closed in late March, it could have earned New Zealand around $300 million in additional net income, based on the way this was measured in the past.

To put that number in context, it is close to three quarters of the market capitalisation of Channel Infrastructure during that period – around $400 million.

In other words, if the three major wholesalers of fuel that together own around 42% of company would have allowed a kiwi firm to buy the plant instead, the new owner could have made back three quarters of its investment in the first three months of operation.

While refining margins were indeed at record highs during this period, they were already recovering well ahead of forecasts before the closedown. So the company had plenty of time to consider extending the plants’ life to at least cash in on the new global scarcity of refining capacity – or to even just mothball the equipment so it could reconsider later. It could also have made healthy earnings in the third quarter.

Further, an operating refinery pays tens of millions in taxes each year, and lowers the costs of infrastructure services to Northland in general.

In the refinery’s absence, byproducts that used to be made as part of the refining process now have to be imported and are getting caught in supply chain snags. Carbon dioxide for example is important to food processors and in October, companies such as Fonterra were looking at having to suspend certain production lines until supplies resumed.

Then there are costs arising from disruption to fuel supplies, and while it is unclear at this stage what if any costs will arise from the dud jet fuel shipment, this has demonstrated how even a small glitch in the system can have far reaching impacts. And in doing so, it has highlighted questions that remain unanswered about what level of fuel security we should have.

The refinery used to provide two sorts of supply security. The first was the ability to source crude instead of just refined products.

David Keat, who managed the refining process at Marsden Point for many years, contrasts the hundred or more separate sources of crude around the world, with the handful of export refineries we are now reliant on for finished fuel products. That means fewer options if things go wrong with the small number of export refineries, or particular transport routes.

The second is the ability to process domestic crude in order to mitigate the most challenging risk – disruption to tanker traffic.

The Government and Channel Infrastructure have repeatedly questioned the idea that the refinery had a capability to usefully process Taranaki crude – saying this light oil was not the kind the refinery was designed for. But various official documents now released acknowledge that at least 3-5% of the country’s demand could be produced using the refinery in the form it was before being trashed – as the Sustainability Council earlier insisted.

The documents also reveal a limited understanding of the plants’ operating capabilities and this lead MBIE to underestimate both how much it could produce and how long it could do that for in a crisis. This is in spite of David Keat having stated that the plant was well capable of processing all the Taranaki crude that could be fed to it, and making clear where an authoritative independent interpretation could be gleaned from.

Even 3-5% of demand would make a huge difference to maintaining emergency and lifeline services in an extended crisis. Such a first tranche of perpetual capacity is the most valuable and the most strategic.

The refinery could have remained a going concern had the government properly recognised what capability was available and made arrangements to secure that – or even just ensured the plant was not demolished and then investigated mothballing it.

Yet even as improved information about the plants’ capabilities was made available to the Government, and the threat of imminent demolition made clear to it, the Government remained impervious to seeing the plant’s fuller potential, and seemed unable to recalibrate for the rising risks that preservation of the refinery could help to reduce.

While the next leader, John Key, quickly reversed the party’s stance and made nuclear free a matter of cross-party consensus, no matter how fixed and cherished that policy may seem today, it is only the entrée for what could be gone by lunchtime if the nation becomes held over a barrel of oil.

And the risk of being held hostage to an oil supply squeeze has risen markedly over the last few years. Sure, there is no imminent threat, so the visible risk is still low. But a lot has been changing in geopolitical and geostrategic terms meanwhile.

► The US is not only self-sufficient in oil – fracking technology has turned it from an importer to a net exporter of petroleum products. It no longer needs to ensure the sea lanes remain open to meet its energy needs. It is US military power that has ensured safe passage since the end of WW2, but for various reasons the US isn’t particularly interested in guaranteeing that any more – or not for free at least.

► Globalisation is in rapid retreat as ‘homeshoring’ and the desire for less complex supply chains take hold in the wake of rising risks – from climate change to pandemics. Long supply chains to New Zealand will become thinner still, and so more vulnerable.

► Those low tech drones that Iran has supplied Russia to help destroy Ukrainian infrastructure have already been used on an oil supertanker. They are not yet powerful enough to sink such a vessel, but it doesn’t take much imagination to figure what’s coming next.

The mounting cost and difficulty of dealing with ‘what’s coming next’ means there is no free lunch(time). New Zealand will have to pay up for insurance or risk being on the menu. The best way to pay up is to get to renewable fuel independence, and to get a solid portion of that fast.

Australia chose the alternative track of providing over $2 billion in support for its two remaining refineries so it could continue to rely on indigenous oil for around a fifth of its fuel needs, and obtain insurance that way.

The quaint notion often heard that a break in oil supplies just means “we are back to horse and cart” is worryingly simplistic.

Supply chains for food and medicine, essential utilities and emergency services will all remain highly dependent on oil products for quite a few years under any transition plan – just as general transport will. Ditto much of the productive economy, from agriculture to tourism, despite the alarming climate change implications.

The absence of serious plans for managing those risks through the transition to sustainable onshore fuels is an exposure New Zealand needs to address pronto.