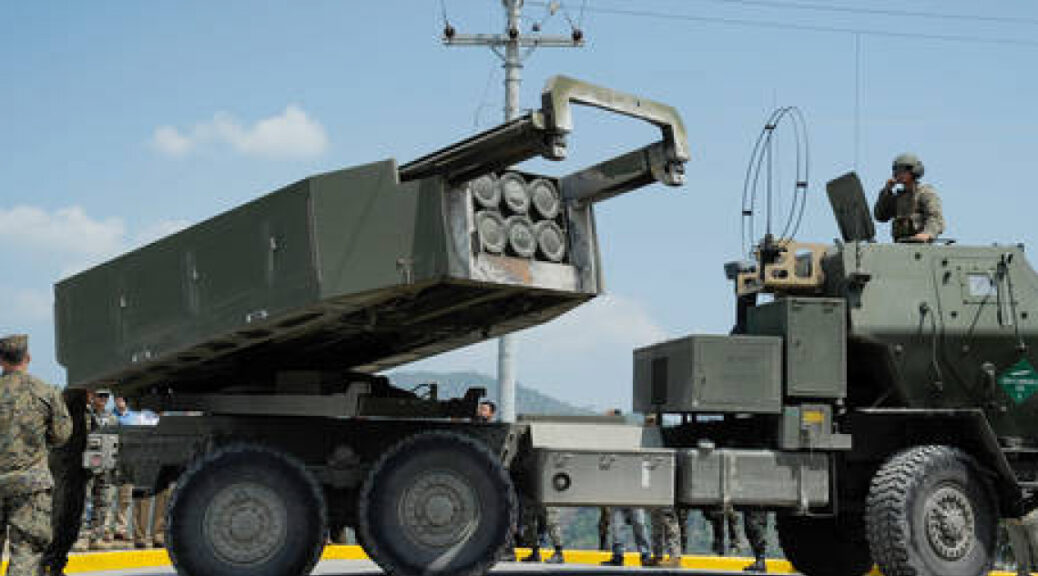 There is absolutely no doubt about where the war is going on the battleground.

However, the West is unwilling to admit defeat (because they can’t until they themselves are obliterated militarily or their economies crushed to the extent they cannot continue the fight.

This is a sobering aspect that is ignored by the Duran, Gonzalo Lira, Andrei Martyanov and others.

What NATO just said about Ukraine is TERRIFYING

NATO leaders now admit Ukraine is being used as an endless proxy war staging ground. This ends is with the destruction of Ukraine or a peace agreement where Ukraine gives up the eastern belt of the country. The Deputy Defense Secretary sees a plan for a 20 year war in Ukraine. Scott Ritter says the U.S. has control over every piece of this war and has for years

US to send heavy guided missiles to Ukraine

The US is sending Ukraine heavy guided missiles with a range of 70km for use with the HIMARS multiple rocket launchers, Undersecretary of Defense for Policy Colin Kahl revealed on Tuesday. The White House previously said that HIMARS launchers would be provided with “battlefield munitions,” widely understood to be unguided rockets with a shorter range.

The high-mobility artillery rocket system will come with GMLRS guided rockets, Kahl said on Tuesday, speaking at a conference hosted by the Center for New American Security (CNAS), a Democrat-linked think tank for which he used to work.

“Sometimes when you see images of MLRS firing off, it’s like salvos of multiple rockets going off at the same time. That’s really not how this system is meant to operate,” Kahl said.

“The GMLRS is a precision guided munition, and a big one – a 500 pound munition,” he added. “Think of GMLRS more like the effect of an airstrike rather than launching off whole salvos. So, in other words, you can do a lot with a little, or you don’t need a lot to have a significant effect.”

When the White House first announced it was sending HIMARS launchers to Ukraine on June 1, it said they would be armed with “battlefield munitions,” which was widely taken to mean barrage rockets with a range of between 32km and 60km, considering that HIMARS is also capable of launching ballistic projectiles with a range of up to 300km.

“The range does not depend on the system itself, but on the missiles that are used,” Russian President Vladimir Putin said in a TV interview earlier this month, adding that if the US sends long-range rockets Russia will “draw the appropriate conclusions and use our weapons, which we have enough of, in order to strike at those objects that we have not yet struck.”

Even though the US initially promised four launchers and said they had been “pre-positioned” in Europe, they have yet to reach Ukraine, according to the Pentagon. The first group of Ukrainian artillerists are currently finishing their training on the launchers, Kahl said.

The HIMARS launcher is equipped with one pod that can carry six GMLRS rockets, according to their maker, Lockheed Martin. The M270 launcher, which the UK has promised to Ukraine, carries two pods for double the payload. Kahl did not say how many rockets the US was sending.

According to the Russian Ministry of Defense, since the start of the conflict Ukraine has lost over 500 multiple rocket launch systems and more than 1,900 pieces of artillery. Kiev has beseeched its allies in the West to provide more weapons and ammunition.

“We’re going to provide the Ukrainians what they need to prosecute the targets inside Ukrainian territory that they’re looking to go after,” Kahl said at the end of his remarks about the HIMARS.

On Monday, the authorities in the Donetsk People’s Republic reported the heaviest Ukrainian shelling since 2015, with “indiscriminate” strikes on the city of Donetsk resulting in five fatalities and almost 40 civilian injuries. Among the incoming shells were 155mm munitions used by howitzers provided to Ukraine by the US and other NATO allies, authorities in the Donbass republic said, requesting additional military assistance from Russia.

Moscow has condemned the shelling of Donbass civilians as “absolutely barbaric.” A spokesman for the UN secretary-general called the shelling of a maternity hospital in Donetsk “an obvious breach of international humanitarian law.”

Germany just did the UNTHINKABLE in Ukraine

The German public Prosecutor’s office has opened a criminal investigation against the journalist Alina Lipp, and reports directly from the Donbass. To have a dissenting opinion, in Germany is a criminal offence.