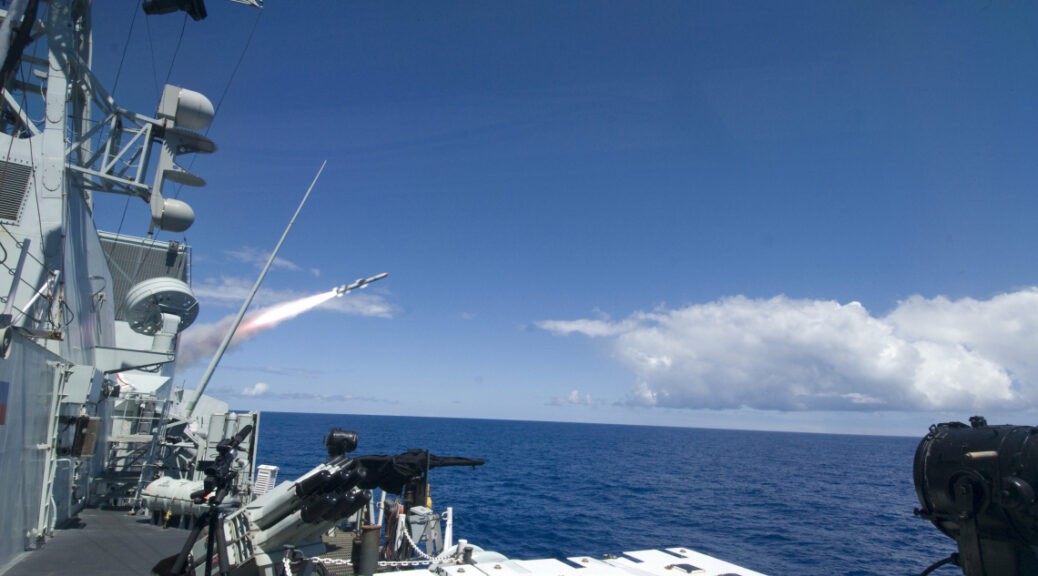 The Russians are certainly winning on the battlefield.

Of that there cannot be any doubt.

However, I think the analyses of the Duran, the Saker and Gonzalo Lira are increasingly missing the point because they miss the fact that western weapons are making it to the Ukrainians and NATO/USA have ZERO intention of recognising events on the ground.

This has all the signs of turning into carnage if not a fully-blown kinetic conflict between Russia and Nato. 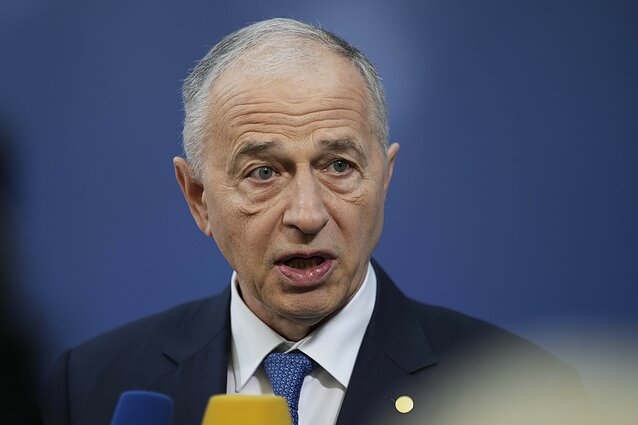 BREAKING NEWS 7:48 AM EDT — Deputy Secretary-General of NATO: The alliance is free from its previous commitments with Russia not to deploy its forces in Eastern Europe.

VILNIUS, lITHUANIA — NATO is no longer bound by past commitments to hold back from deploying its forces in eastern Europe, the US-led alliance’s deputy secretary general said Sunday.

Moscow itself has “voided of any content” the NATO-Russia Founding Act, by attacking Ukraine and halting dialogue with the alliance, Mircea Geoana told AFP.

Under the 1997 Founding Act, intended to reset the relationship between Russia and the Alliance, both sides agreed to work to “prevent any potentially threatening build-up of conventional forces in agreed regions of Europe, to include Central and Eastern Europe.”

“They took decisions, they made obligations there not to aggress neighbors, which they are doing, and to have regular consultations with NATO, which they don’t,” said Geoana, speaking in the Lithuanian capital Vilnius.

“So I think that in fact this founding act is basically not functioning because of Russia,” he added.

Russia, he said, had effectively moved away from the terms of the 1997 agreement.

“Now we have no restrictions to have robust posture in the eastern flank and to ensure that every square inch of NATO’s territory is protected by Article 5 and our allies.”

NATO’s article 5 is the one referring to collective defense, which says that an attack on one member is an attack on all of them.

Geoana did not give details of any such planned deployment, but said he anticipated “a robust, flexible and sustainable presence.”

In 2017, NATO had already deployed multinational tactical groups to the Baltic states and Poland as a dissuasive measure. After Russia’s invasion of Ukraine at the end of February, it sent reinforcements there.

The Baltic states have called for a greater presence of its allies there, including for the development of brigades to replace the smaller tactical groups.

NATO defense ministers will meet in mid-June to discuss this and other questions, and the leaders of the NATO members states will meet to approve any changes at a NATO summit in Madrid at the end of June.

NATO is no longer bound by commitments to Russia and will beef up Eastern Europe presence, says deputy secretary general

Under the 1997 NATO-Russia Framework Agreement, NATO has pledged not to permanently deploy significant forces in central and eastern Europe, including the Baltic states.

However, Russia has committed to refrain from aggression against its neighbours and is not complying, Geoană told BNS in an interview on Sunday.

As a result, he said, the Alliance is no longer bound by restrictions on the expansion of forces in its eastern flank.

“Russia has basically abolished any content of this founding act,” Geoană said in Vilnius. “It has taken decisions, it has made commitments not to commit aggression against its neighbours, which it does, and to consult regularly with NATO, which it does not.” 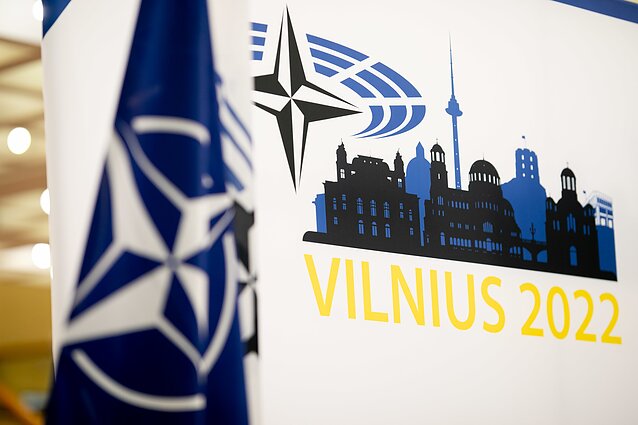 Russia has essentially withdrawn from the agreement, according to Geoană, “so now we no longer face any constraints to have a strong NATO presence in the eastern flank and to make sure that every square inch of NATO’s territory is protected by NATO’s Article Five and our allies.”

In response to Moscow’s invasion of Ukraine, NATO is considering how to reinforce its members close to Russia.

The Baltic countries are asking for international battalions to be replaced by brigade-sized units several times larger than those deployed there since 2017.

Geoană said that the Alliance’s presence in the region would be strengthened in various spheres, but the specific size of the force is not clear. 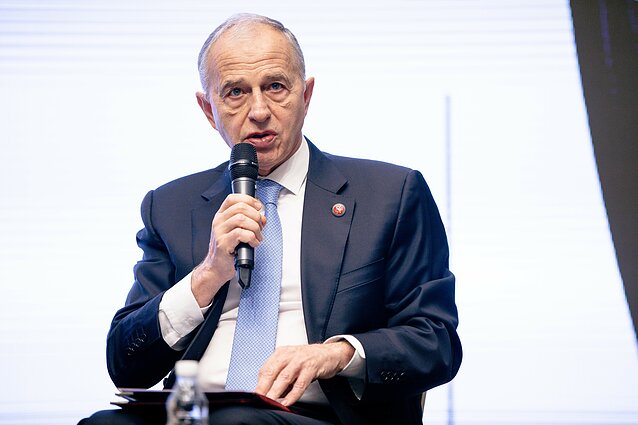 Final decisions will be made at the NATO summit in Madrid, he said

“We understand the interest in quantity, but we also want to emphasise quality. We expect very important decisions from our leaders in Madrid,” said the deputy secretary general of NATO.

A new Strategic Concept for the Alliance is due to be adopted at the NATO Summit in Madrid in June. 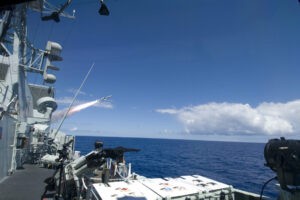 The Odessa, Ukraine Regional Military Authority said Sunday “So many Harpoon missiles have been handed over to us, we can sink the entire Russian Black Sea Fleet.”

The regular Harpoon uses active radar homing and flies just above the water to evade defenses. The missile can be launched from:

It has not (yet) been revealed which type of Harpoon missiles have been sent to Ukraine and there is GIGANTIC RISK for NATO countries depending upon the type of Harpoon sent.  You see, at least one of the Harpoon variants has the ability to use net-enabled networking for in-flight target updating.

That updating would have to come from a NATO ship or aircraft as the missiles flew, once launched by Ukraine.

If a NATO ship or aircraft provided in-flight target updating, that would constitute active participation in the war, and would be an “act of war” against Russia.

Here are the various types of Harpoon Missile:

This version featured a larger fuel tank and re-attack capability, but was not produced in large numbers because its intended mission (warfare with the Warsaw Pact countries of Eastern Europe) was considered to be unlikely following the Dissolution of the Soviet Union. Range is 278 kilometers (173 mi). Block 1D missiles were designated RGM/AGM-84F.

This version, under development, gives the SLAM a re-attack capability, as well as an image comparison capability similar to the Tomahawk cruise missile; that is, the weapon can compare the target scene in front of it with an image stored in its onboard computer during terminal phase target acquisition and lock on (this is known as DSMAC). Block 1G missiles AGM/RGM/UGM-84G; the original SLAM-ER missiles were designated AGM-84H (2000-2002) and later ones the AGM-84K (2002 onwards).

Block 1J was a proposal for a further upgrade, AGM/RGM/UGM-84J Harpoon (or Harpoon 2000), for use against both ship and land targets.

In production at Boeing facilities in Saint Charles, Missouri, is the Harpoon Block II, intended to offer an expanded engagement envelope, enhanced resistance to electronic countermeasures and improved targeting. Specifically, the Harpoon was initially designed as an open-ocean weapon. The Block II missiles continue progress begun with Block IE, and the Block II missile provides the Harpoon with a littoral-water anti-ship capability.

The key improvements of the Harpoon Block II are obtained by incorporating the inertial measurement unit from the Joint Direct Attack Munition program, and the software, computer, Global Positioning System (GPS)/inertial navigation system and GPS antenna/receiver from the SLAM Expanded Response (SLAM-ER), an upgrade to the SLAM.

The US Navy awarded a $120 million contract to Boeing in July 2011 for the production of about 60 Block II Harpoon missiles, including missiles for 6 foreign militaries.

India acquired 24 Harpoon Block II missiles to arm its maritime strike Jaguar fighters in a deal worth $170 million through the Foreign Military Sales system. In December 2010, the Defense Security Cooperation Agency (DSCA) notified U.S. Congress of a possible sale of 21 additional AGM-84L Harpoon Block II Missiles and associated equipment, parts and logistical support for a complete package worth approximately $200 million; the Indian government intends to use these missiles on its Indian Navy P-8I Neptune maritime patrol aircraft. The Indian Navy is also planning to upgrade the fleet of four submarines – Shishumar class – with tube-launched Harpoon missiles.

In early 2018, the U.S. State Department approved the sale of Harpoon Block II to the Mexican Navy for use on their future Sigma-class design frigates, the first of which is being built by Damen Schelde Naval Shipbuilding.

On 18 November 2015, the U.S. Navy tested the AGM-84N Harpoon Block II+ missile against a moving ship target. The Block II+ incorporates an improved GPS guidance kit and a net-enabled data-link that allows the missile to receive in-flight targeting updates. The Block II+ is planned to enter service in 2017.

The USN intends to deploy the Harpoon Block II+ in late FY2018[24] by upgrading its existing inventory of Harpoon IC missiles.

Harpoon Block III was intended to be an upgrade package to the existing USN Block 1C missiles and Command Launch Systems (CLS) for guided missile cruisers, guided missile destroyers, and the F/A-18E/F Super Hornet fighter aircraft. After experiencing an increase in the scope of required government ship integration, test and evaluation, and a delay in development of a data-link, the Harpoon Block III program was canceled by the U.S. Navy in April 2009.[citation needed]

In April 2015, Boeing unveiled a modified version of the RGM-84 it called the Harpoon Next Generation. It increases the ship-launched Harpoon missile’s range from the Block II’s 70 nmi (81 mi; 130 km) to 167.5 nmi (192.8 mi; 310.2 km), along with a new lighter 300 lb (140 kg) warhead and a more fuel-efficient engine with electronic fuel controls. Boeing offered the missile as the U.S. Navy’s Littoral Combat Ship frigate upgrade over-the-horizon anti-ship missile as a cost-effective missile upgrade option; complete Next Gen Harpoons would cost approximately as much as a Block II at $1.2 million each, with upgrades for an existing missile costing half that. The version is also called the Harpoon Block II+ ER. Boeing claims the Block II+ ER is superior to the Naval Strike Missile through its improved turbojet giving it greater range and active radar-homing seeker for all-weather operation, as well as a lighter but “more lethal” warhead. Test shots in 2017 had been confirmed. In May 2017, Boeing revealed it was no longer offering the upgraded Harpoon for the frigate OTH missile requirement, but would continue development of it.