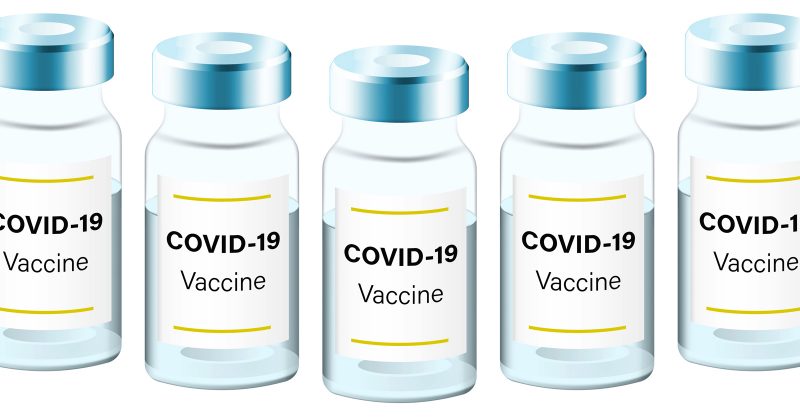 Data released today by the Centers for Disease Control and Prevention (CDC) included 463,457 reports of injuries and deaths, across all age groups, following COVID vaccines — an increase of more than 25,000 compared with the previous week.

Every Friday, VAERS makes public all vaccine injury reports received as of a specified date, usually about a week prior to the release date. Reports submitted to VAERS require further investigation before a causal relationship can be confirmed. 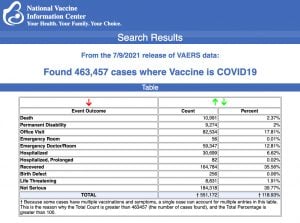 Moderna will study its COVID vaccine in pregnant women, according to a posting on ClinicalTrials.gov. The observational study, expected to begin July 22, will enroll about 1,000 females over age 18 who will be studied over a 21-month period.

Women who received a Moderna vaccine during the 28 days prior to their last menstrual period, or at any time during pregnancy, are eligible.

The brief summary of the trial states the main goal is “to evaluate the outcomes of pregnancy in females exposed to the Moderna COVID-19 vaccine (mRNA-1273) during pregnancy.”

Currently, the CDC says pregnant women can get a COVID vaccine. But the agency also acknowledges there is limited data available about the safety of COVID vaccines for people who are pregnant.

“Pregnant women are taking what may be a huge risk with the COVID vaccine,” said Jennifer Margulis, Ph.D., author of “Your Baby, Your Way.” Margulis said in an email to The Defender, there is no evidence COVID vaccines are safe, but ample evidence suggesting it is dangerous to expose pregnant women and unborn babies to drugs and interventions that can disrupt immunity.

On July 13, the FDA added a new warning on J&J’s (Janssen) COVID vaccine to include information pertaining to an observed increased risk of Guillain-Barré Syndrome (GBS) following vaccination.

According to an FDA news release, GBS is a neurological disorder in which the body’s immune system damages nerve cells, causing muscle weakness or, in the most severe cases, paralysis.

Based on an analysis of VAERS data, there have been 100 preliminary reports of GBS following vaccination with J&J’s vaccine. Of these reports, 95 were serious and required hospitalization. There was one reported death.

While the cause of GBS is not fully known, it often follows infection with a virus and has been linked to other vaccines. The FDA concluded the benefits of the vaccine outweigh any danger, but included the proviso in fact sheets about the drug for providers and patients.

The CDC’s Advisory Committee on Immunization Practices (ACIP) is expected to discuss the GBS cases during an upcoming meeting, the CDC said.

A healthcare worker who died four days after his second dose of Pfizer’s COVID vaccine was killed by heart disease, according to the Orange County, California coroner.

An autopsy report released Wednesday found Zook’s heart was severely enlarged, thicker than normal and dilated. “There is a focus of severe coronary artery disease,” according to the report, which also said Zook’s heart valves showed mild-to-moderate calcium deposits.

The autopsy report concluded the official cause of death was “hypertensive and atherosclerotic heart disease with severe cardiomegaly [enlarged heart] and heart failure.”

A Houston woman spent 22 days in the hospital after getting a COVID vaccine and then developing GBS, ABC 13 reported July 14. After Jamie Walton got the J&J vaccine, she started feeling numbness and tingling in her feet and hands.

“I know my body and I knew something wasn’t right, so I kept trying to go to different doctors and I kept being told, ‘You’re dehydrated. You’re fine,’” Walton said. “One doctor told me I had anxiety.”

The otherwise healthy woman ended up paralyzed from the waist down and lost her ability to walk. Walton went to the emergency room twice and met with several doctors before her diagnosis was confirmed. She was hospitalized for 22 days, had to learn how to walk again and do other basic movements. Her case was reported to VAERS.

Pfizer fails to convince FDA on immediate need for boosters

Pfizer executives met privately this week with U.S. senior scientists and regulators to press their case for quick authorization of COVID booster vaccines amid pushback from federal health agencies who last week said the extra doses are not needed.

Officials said after the meeting that more data — and possibly several more months — would be needed before regulators could determine whether booster shots were necessary, The Defender reported.

The meeting was largely seen as a courtesy after Pfizer’s announcement last week that it would seek Emergency Use Authorization for its booster shot led to unusual pushback from the U.S. Food and Drug Administration (FDA) and CDC.

Woman with ‘life-altering’ injuries after COVID vaccine teams up with U.S. senators to demand answers

A Utah woman and two U.S. senators are teaming up to get answers from federal health agencies about life-altering injuries people have experienced after receiving a COVID vaccine, The Defender reported July 7.

Brianne Dressen, preschool teacher from Utah, was injured after participating in AstraZeneca’s COVID vaccine clinical trial in November 2020. She accumulated more than $250,000 in medical bills as a result of injuries she believes were caused by the vaccine.

After experiencing severe symptoms and neurological decline, Dressen spent months teaching herself how to walk, eat and form sentences again — all while she traveled in search of answers.

Dressen, along with other people who said they were injured by vaccines but “repeatedly ignored” by the medical community, participated last month in a news conference held by Sen. Ron Johnson (R-Wis).

Following the news conference, Johnson and Utah Sen. Mike Lee wrote a letter to the CDC and FDA after the agencies ignored requests for assistance and answers from families injured by COVID vaccines.

Lee and Johnson said widespread lack of acknowledgement of adverse events following receipt of a COVID vaccine has made it nearly impossible for some individuals to obtain the medical treatment they need, and that risks must be disclosed to the medical community and general public.

In the letter, Lee and Johnson asked the FDA and CDC about the adverse events suffered during clinical trials, disclosed in the FDA’s Emergency Use Authorization Memorandum for the Pfizer, Moderna and Johnson & Johnson vaccines, as well as reported injuries from the U.S. AstraZeneca trial.

They also asked the CDC whether it is working with physicians and researchers at the FDA, National Institutes of Health or other medical research bodies to provide the various individuals who experienced adverse effects vaccine treatment and care.

According to the CDC website, “the CDC follows up on any report of death to request additional information and learn more about what occurred and to determine whether the death was a result of the vaccine or unrelated.”

On March 8, The Defender contacted the CDC with a written list of questions about reported deaths and injuries related to COVID vaccines. We have made repeated attempts, by phone and email, to obtain a response to our questions.

Despite multiple phone and email communications with several people at the CDC, and despite being told that our request was in the system and that someone would respond, we have not yet received answers to any of the questions we submitted. It has been 130 days since we sent our first email to the CDC requesting information.

Children’s Health Defense asks anyone who has experienced an adverse reaction, to any vaccine, to file a report following these three steps.