This is almost my final word.
New Zealand has lost its democracy and the overwhelming majority don’t care.
Democracy is dead  dead as a dodo

I woke up this morning to the following news: 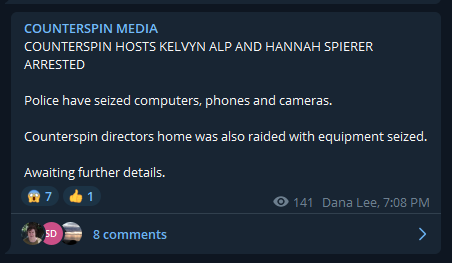 I also picked this up.

How ever would I know what is being talked about here because there will be nothing in the NZ media.

The fascist revolution will not be televised.

23rd of August was the day NZ lost its free speech. Both bills to do with the bill of rights and hate speech have been amended in to the Terrorism Act 2002. Meaning any speech deemed to cause ”fear” in the public can be charged as Terrorism.

Does anyone remember a liberal adage?

Quite good, wasn’t it? These people are not my ideological fellow travellers but they have stood up for what is right and have my respect.

Yesterday, Vinny Eastwood and Billy te Kahika were found guilty, I believe by a judge (no jury) of disobeying government regulations and gathering for a protest against the lockdown despite the fact that a much larger group (Black Lives Matter) were able to meet without masks or social distancing unharassed.

They have yet to return for sentencing.

Here is a documentary about the day made by Vinny Eastwood 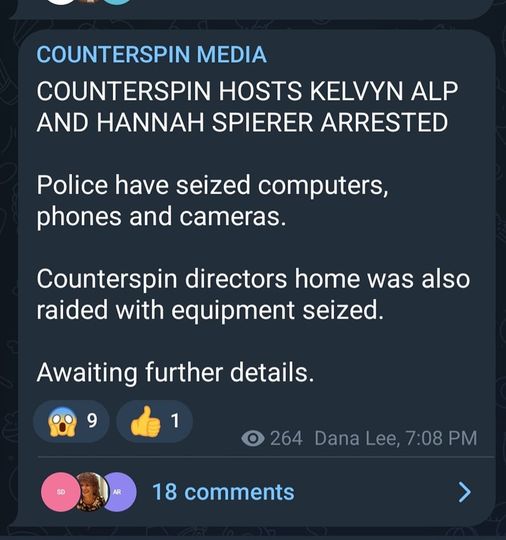 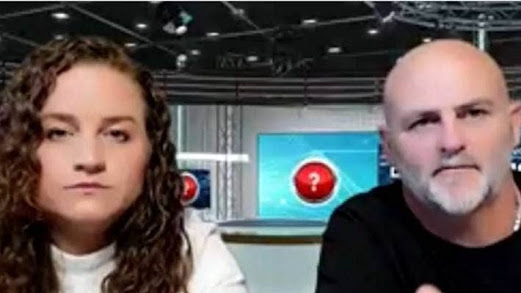 The founder and hosts of a far-right media outlet, Kelvyn Alp​ and Hannah Spierer​, have reportedly been arrested and charged with distributing an “objectionable publication”.

A police spokesperson said two people, a man and woman, were arrested on Thursday night in Christchurch.

In a statement, police said the two people were also arrested for failing to allow officers to search their computer.

They were bailed and will appear in the Christchurch District Court on August 31.

Thanks everybody for the amazing love and support. They’re obviously feeling the results of a rude awakening and not a Great Awakening, however they’re both in good spirits.

Please note they are not to have any connections to social media but the team have verbally  fedback the overwhelming support shown by you all. (Including the trolls taking time out to air their perspective. All views accepted but we must remember, it’s facts and evidence only). If you can’t back it up, then don’t post it up. 😉💁🏻‍♀️

As you know, CSM is a peoples’ platform, for the people, by the people and this runs on donations only. Kelvyn and Hannah now face a legal challenge on top of still wanting to maintain their bi-weekly show,  so please jump onto the website and hit the donate button if you wish to support in any way. They’d greatly appreciate it. Again, they’re restricted from seeing any of your messages across all platforms but feel your support regardless of this issue.

Here is a reaction

There are a small handful of brave people willing to speak out. Looking at the comments on Counterspin chat I was pretty disgusted. These poeple are brave in speaking Truth to Power which is more than I can say for the keyboard warriors who would scatter in the face of any threat.

Here is Hannah talking to another fearless fighter, Monica Smit

This was an interesting response from across the other side of the world, from Scotland.

So, it is all about “objectionable material” that is the video livestream from He Who Cannot Be Named (Brendon Tarrant).
I doubt that the people who ordered this action (and I can almost guarantee that the orders for this action came from the 9th Floor of the Beehive) are less worried about the effects the footage might have on sensitive souls and rather more on what it reveals – such as this was NOT the action of a lone gunman.
He had accomplices.
Who were they?
People imagine that the destruction of democracy began with covid.
Far from it.
Back when this happened Max Igan did a bit of irrefutable analysis of the video which I recommend revisiting
Max Igan on The Christchurch Shooting
Here is his video.

THE CHRISTCHURCH MASSACRE – AN

People have extremely short memories. You could not escape the most hateful people anywhere talking about “hate speech”.

Prominent at the time was ratface presstitute, Paddy Gower imagining he could equal the combined intellect of Lauren Southern and Stefan Molyneux who destroyed him in this lamentable “interview”