Setting up a war in the Baltic – “we Will take back the capital of Prussia” – Moscow: “waiting a cruel death & without Klapeida” 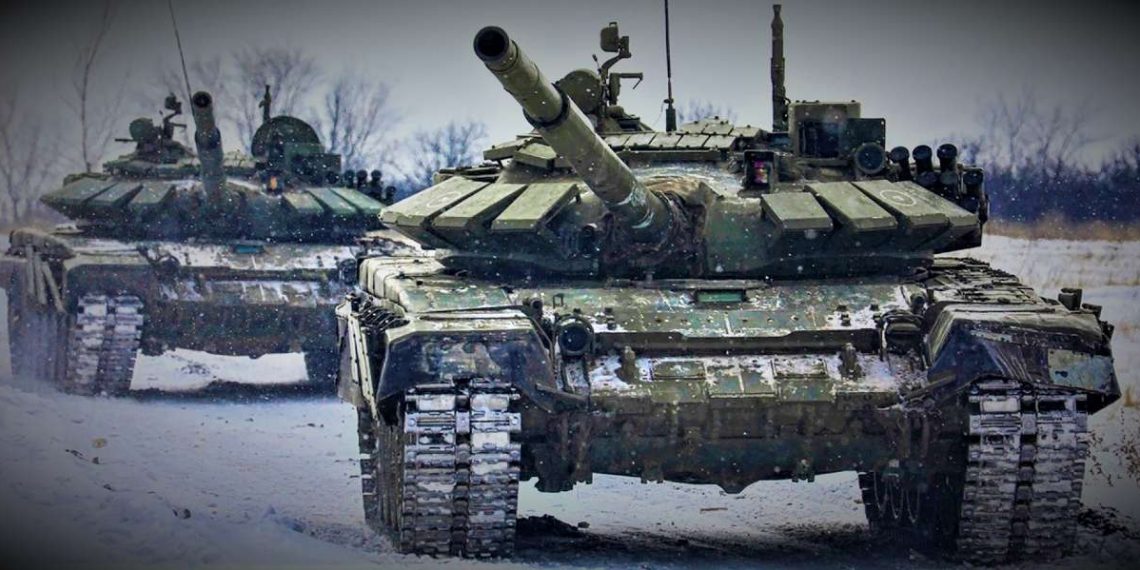 Serious incident is ongoing between Russia and Latvia due to the exclusion of Kaliningrad, Lithuania. The former minister of Interior of Latvia, Maris Gulbis, went to public threats against Russia, saying that the loss of the Russian enclave of Russia is possible and very close!

It is obvious that some are seeking and setting up front in the Baltic sea.

The statements have aroused a storm of reactions in Russia. Senior Russian officials have responded to the Latvia and Lithuania with a harsh tongue, while the Russian MEDIA is talking about “project of the Baltic countries for the purpose of the “return” of the Kaliningrad Europe”.

Note that the “statements, these are all part of the plan of NATO, which sends a clear message that it can take the Kaliningrad of Russia”.

It is worth noting that senior Russian Officials speak of a cancellation of agreement, which regulates the state border of Lithuania confirming previous reports of WarNews247.

Yes, target for the first time in the area, Klapeida, Lithuania.

“I’ll take the capital of the If. Prussia”

In aggressive statement about the intentions of the European Union and NATO on the area of the Kaliningrad proceeded to the former minister of Interior of Latvia Maris Gulbis. In accordance with Gulbis, the Russian enclave can become a part of Europe and the exclusion of transport announced by the Lithuanian authorities is the first step in this direction”

“Is this the limitation of transit to the Kaliningrad region is the first step of Europe and NATO to cut off Kaliningrad, the former capital of East Prussia, Russia…

I’m starting to think that Europe understands very well what he’s doing . The Lithuanians did they understand everything even better. I think it has sent a clear message to the Russians: if you continue, we’ll take the Koenigsberg” said Gulbis.

“The leaders of the west is now very soft in comparison with the Reagan and Churchill. The Biden should have already turned to the Russian president due to the start of the war in the Ukraine and say:

“Vladimir, now we can remove the Kaliningrad”, said the former minister.

“We’ll cut off the oxygen”

The vice president of the Security Council of the Russian Federation Dmitry Medvedev reacted strongly to what he said Gulbis.

“There, someone else is an idiot, a former minister of Latvia, he sent a message that NATO and the European Union will take us Kaliningrad. It seems that he ate or drank something bad.

Proposing the start of a third world war. I’ll come to his senses – he would be afraid every rustle at the door. And rightly so. We’ve got a good memory…” said Medvedev

“The responsibility for the prohibition of the passage is wholly owned by the Vilnius. And all the negative consequences will come for this country. Lithuania bowed in front of the Americans , showing once again the silly ρωσοφοβικές behaviors.

Let’s face it, the restriction of the crossing is part of the “war of representatives” unleashed by the West against Russia. Of course, the Russian Federation will take retribution, and it will be very hard”,he stressed Dmitry Medvedev.

According to him, a significant part of the potential retaliation is of an economic nature and is able to cut off the oxygen to the neighbors of the Baltic that have taken hostile actions”.

Also, Moscow may apply asymmetric measures, which will cause a critical escalation of the conflict.

“Such an escalation is a bad choice. And the ordinary citizens of Lithuania will suffer from this, whose living standards with the european standards is just begging. Lithuanian politicians are treated in a favor and the citizens they are trying in some way to survive in this theater of the absurd. Both make it worse “, summed up the deputy chairman of the Security Council of the Russian Federation.

“The Kaliningrad region, as well as all the territories of the Baltic sea, is the ground of the historic joint residence of the Russian with the tribes of the Baltic sea and the contrast of Russia in the Catholic West. This is our land. And no vengeful and illiterate nerd can’t argue with that.

We will protect our homeland. Alas and cruel death to those who are trying to launch aggression against Russia,” he stressed Dmitry Rogozin, head of Roscosmos.

See the video with the statement

“The threats are real”

The Russian political scientist Marat Bashirov believes that the threats to the rapture of Kaliningrad is quite real and connected with the war in Ukraine.

“Of course, the accession of Finland and Sweden to NATO is associated with their plans to annex Kaliningrad. Don’t close your eyes in this scenario. We take the eastern and southern regions of Ukraine, they want our western enclave. If, on 24 February, the degree of confrontation between Russia and NATO was 10 degrees, today it’s already at 50” he stressed.

“The motives of Lithuania for action is clear. He wants to achieve an aggressive reaction from Russia against the actions of Kaliningrad. In this way they can to gain a greater presence of NATO on the territory of the and for more economic and political support for this instance. For the sake of this, he wants to veto the decision of the European Union for the resumption of full transit to Kaliningrad.

This is purely a tactic reminiscent of Saakashvili and Vilnius are not bothered by how it’s over for Saakashvili. They believe that NATO membership would protect Lithuania from the Georgian script 2008. Lithuania has now led to a political stalemate from which I can not get out. This country can no longer behaves differently than what has been behaving, Lithuania, moves towards disaster”, says the political scientist Kaliningrad Alexander Νόσοβιτς.

“Lithuania has decided to implement a land blockade of Kaliningrad.

It is worth noting that this step for the country of the Baltic states can have extremely serious consequences. Besides, the Lithuanian authorities violate a number of international rules.

In particular, the agreement between Moscow and the EU, which has been signed and Vilnius, include, in particular, guarantees uninterrupted supply of transport between the region of Kaliningrad and the rest of Russia through Lithuania.

Based on the above-mentioned document, our country has ratified the agreement “on the state border with the Republic of Lithuania”, thanks to which the latter was able to join NATO and the European Union.

In fact, the above limitation transit is a flagrant violation of the traded regulations and can be named with an “Kaliningrad casus belli”. From this point of view, Moscow may at any time revise the administrative boundaries of Lithuania.

It is worth recalling that the modern borders of Lithuania were established by the Soviet Union. In turn, Russia is the legal successor of the USSR. Lithuania calls the years of accession to the USSR Soviet occupation.

It turns out that the territories annexed in Lithuania during the years of the existence of the Soviet Union’s belong to the Russian jurisdiction. So, in the event of termination of the border treaty, Lithuania, at least, may be lost in the area of Klaipeda.

At the same time, if the Vilnius progress to a complete exclusion of the Kaliningrad region, the consequences for the Baltic sea could be much more serious.

In fact, it is a violation of Russian sovereignty and undermining the territorial integrity of our country. Under these conditions, the nuclear doctrine of the Russian Federation begins to work with all the ensuing consequences that is so feared in Europe,” reported Russian MEDIA.