I found this quite illuminating

Day 26 of “Operation Z” in the Ukraine

First, a small announcement:  I am working with a few friends to try to get a daily “Operation Z SITREP” posted in our SITREP section.  This would contain the latest news and the maps that so many like so much.  This is still a work in the planning stages, but I hope to get the ball rolling reasonably soon.

Next, according to Chechen sources, Chechen special operations have entered the Azovstal factory in Mariupol.  This is too important a claim to be accepted yet, but there are many indirect reports which seem to confirm the veracity of this claim.  If so, then that means that most of the residential areas of Mariupol have now been liberated from the Nazi terrorists of the Azov battalion.  If the combat operation inside or near the Azovstal buildings is still going on, well that means that very soon Mariupol will be denazified which, considering that the Nazi forces inside the city were just about the most evil and yet quite combat capable units available to the Ukronazi regime, the final liberation of Mariupol will mean a huge difference for the entire operation.

Check this video by Gonzalo Lira to get a full picture of why Mariupol is so crucial.

This is a photo of the head of the Chechen special forces of the Russian national guard, Adam Delimkhanov, coordinating combat activities this afternoon in Mariupol (look here: https://en.wikipedia.org/wiki/Adam_Delimkhanov and here https://web.archive.org/web/20090501060723/http://www.interpol.int/public/data/wanted/notices/data/2009/68/2009_11968.asp) to see how much the West hates this man!)

Speaking of Gonzalo Lira, I am extremely worried about him, he has said that he would post a YT report ever 12 hours, and by now it has been sixteen (16!).  And, considering this, I am frankly anxiously waiting for him to give a sign of life.  Gonzalo, if you read these words (who knows?) I recommend that you try to get out towards the Russian lines if at all possible.  If somebody has his email, please send it to me, I would like to contact him.

If you have any news from/about him, please let me know.

Now turning to Zone A:

This is the kind of stuff one can see in the London subway, I was told.

True or false?  Who knows, but the point is that it pretty much encompasses the traditional British view of the Russian people.  Again, these types of “coming outs” are fantastically important for the future of Russia, so I encourage them.

Which brings me to the official narrative.

I think that it is finally cracking.  Here and there in the official corporate media, there are articles about some Ukrainian fakes, other articles question the wisdom to go to war with Russia over what is a dead, corrupt, Nazi country 404.

I see two things coming next:

Now there is no doubt in my mind whatsoever that the USA want three things:

I am not at all convinced that the USA will go along with the Polish plan.  Why?  Because I believe that a Russian Iskander strike INSIDE POLAND (similar to the ones we saw in Iavorovo, the ammo dump in Kiev and in Novaia Liubomirka) is a quasi-certitude (remember: Russia IS ready to fight both NATO and the US together!).  BTW – the one in Iavorovo blew up a huge ammo dump which was buried under 60 meters of rock.  I have no explanation for how that was achieved.  Does anybody?

Bottom line is that if the Polaks organize another little “peacekeeping training camp” and think that the Russians won’t dare to strike a NATO country they are quite wrong.  They are probably too dumb/delusional to realize that, but the folks at the US DoD probably do and don’t need this.  Why, well precisely because NATO member or not, Article 5 or not, nobody will come to aid the Polaks against the wrath of the entire Russian military, the manpower and resources needed a not there anyway…

Unless the Russians and the US Americans agree to a partition of the Ukraine.  Not likely, but always possible.  It is going to almost certainly happen anyway, the only way to prevent that is Russian tanks at the Polish border, and not just for a quick visit, but to create something like the 201 base in Tajikistan.

Anyway, let’s not get ahead of ourselves, this is all still in the future.

No, this is not an early April’s First joke!

Here is how low CNN has sunk, check out this truly priceless headline: twice poisoned and still very much alive, amazing!  Russian “biowarfare killers” really need more training if they can’t even kill a guy but kill his pets (Skripal), they can’t poison a Russian citizen inside Russia (Navalnyi) and fail to kill that guy (his name is Vladimir Kara-Murza, he is a common criminal) TWICE!

KGB killers are not what they used to be…

What about the events on the front line?

And here is a video of what the Ukies were hiding under this commercial building (photo from a local resident since disappeared by the Ukie SBU:

And, finally, I want to share something very important with you: the Ukronazi forces cannot resupply or rotate themselves.  Why?

So it does not matter how motivated the Ukrainians are.  Even with we assume 100% of the Ukrainians are well trained, well-armed and would rather die than retreat or surrender, they still need many TONS of stuff (food, ammo, water, MRE, medicine, batteries, petroleum, diesel, lubricants, oil and many more things!) EVERY DAY.  Just to give you an idea, read this pretty decent discussion of some aspects of logistics by the US military.

So once the Ukies are blocked by Russians, it is essentially over for them.  Anybody with a basic understanding of modern warfare can confirm that to you.

Add to this in the very first day Russia destroyed all the Ukie communication centers and capabilities in the first few hours of the operation, and you will see that while the Ukrainian side has “brigades” and “battalions” these are all undermanned and, crucially, cannot cooperate with each other.  In other words, they cannot jointly maneuver to support each other.

To put it in the simplest terms, the Ukrainians are not able to conduct any operations, and that is why all their so-called “counter-attacks” always fail and mostly never even materialized.  At best, they can destroy a Russian checkpoint, blow up a truck or even shoot down a helicopter, but none of that solves their real problem which is that they are now mostly reduced to WWI type of warfare against a 21st-century ultra-modern military which has the total control of the situation.

That’s it for today.  I really have to stop because I have a roaring repetitive stress injury (RSI) in my right hand because I spend waaaaaaaaaay too much time on my keyboard.  I already use a brace to protect my thumb, but even that does not help.  So I will sign off for the day and be back tomorrow, God willing.

PS: found a very decent map of the situation on Telegram (the place to go for good info!).  Does anybody know where this map is originally from?

This is from today

Russian sources: “Mariupol is part of the” Donetsk Republic “- There is no longer an Azov Order! (Video)

Russian sources say that we were waiting for announcements as the issue of “Mariupol” is coming to an end.

According to the same sources, the leader of the self-proclaimed Donetsk Republic, Denis Pushilin, and members of the Russian Duma Turchak and Sablin are heading to Mariupol.

The leader of Donetsk will announce that Mariupol is part of the Donetsk People’s Republic!

They occupied the City Hall

“The men reported by radio that they had liberated the Mariupol administration building and that they had raised our flag,” Kadyrov wrote in the Telegram, claiming that Ukrainian forces had “abandoned their positions.”

According to the French Agency, he added that other Russian units are being sent in parallel to this large port in southeastern Ukraine, which has been destroyed by the bombings.

“With the help of Allah, Mariupol will soon be completely cleansed,” he noted.

Russian media report that Ukrainian forces and the Azov Order have been crushed and suffered heavy casualties.

“We can say that they no longer exist as a Unit” they state characteristically.

Earlier, Ukrainians reported that Russian forces had entered the central city of Mariupol and occupied the Church of the Intercession of the Mother of God.

Many Ukrainians and members of Azov have been arrested as they tried to flee the city.

The Russians have already occupied the entire left side of the LevoBerezhny area of ​​Mariupol.

Finally, the Russian Ministry of Defense announced the destruction of the 36th Marine Brigade of the Ukrainian Navy. 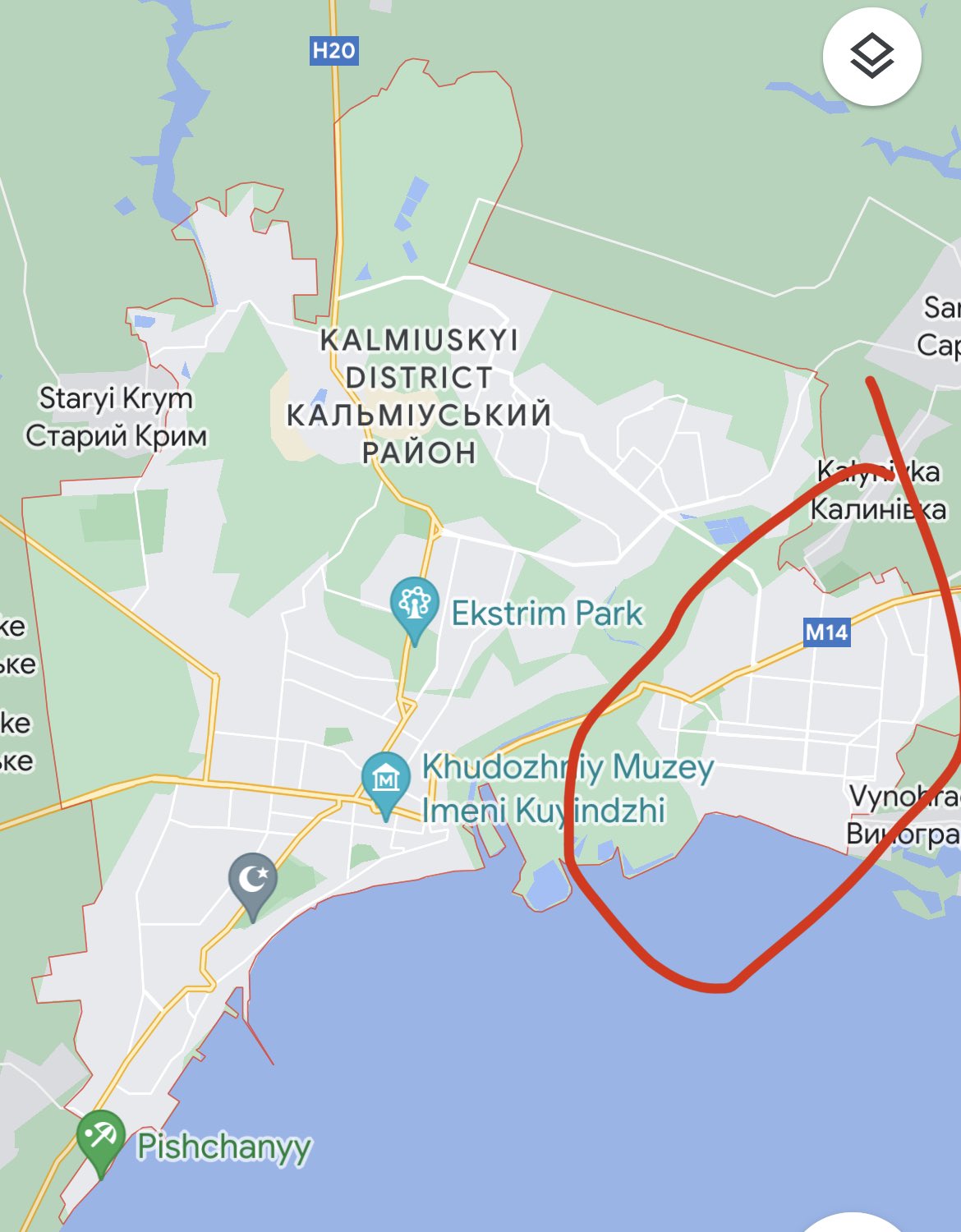 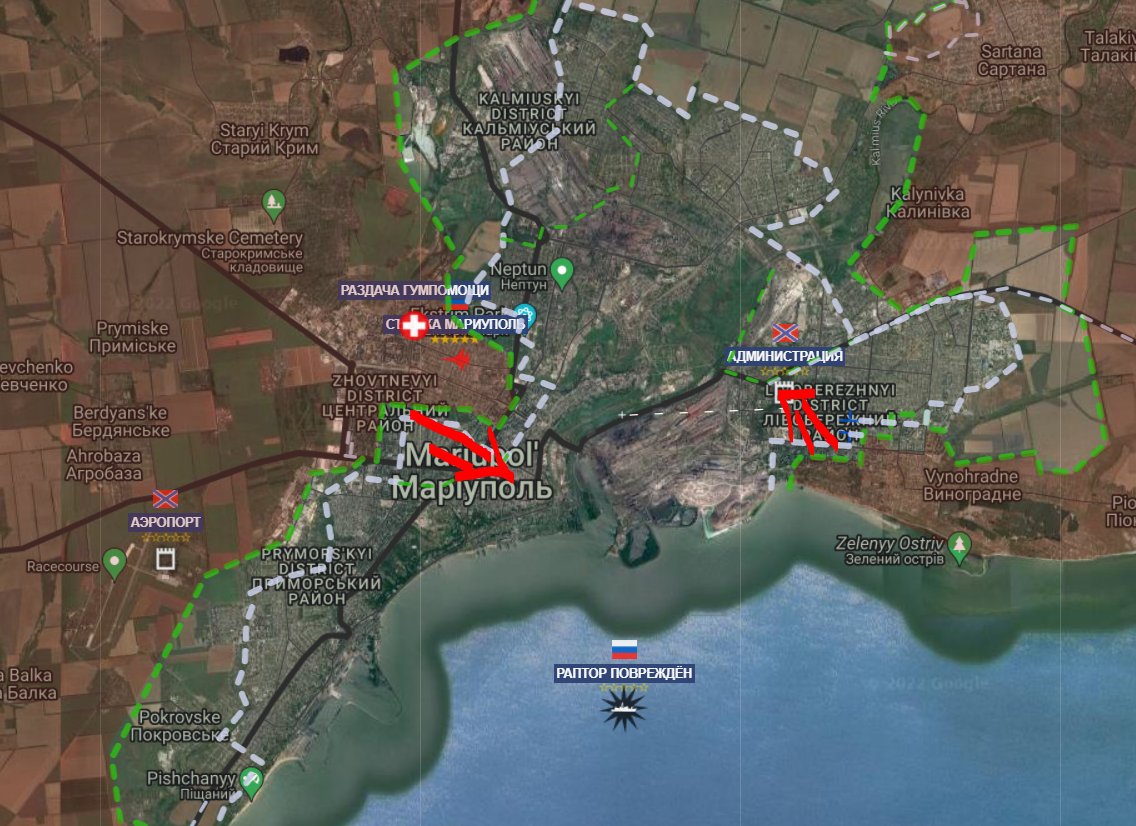 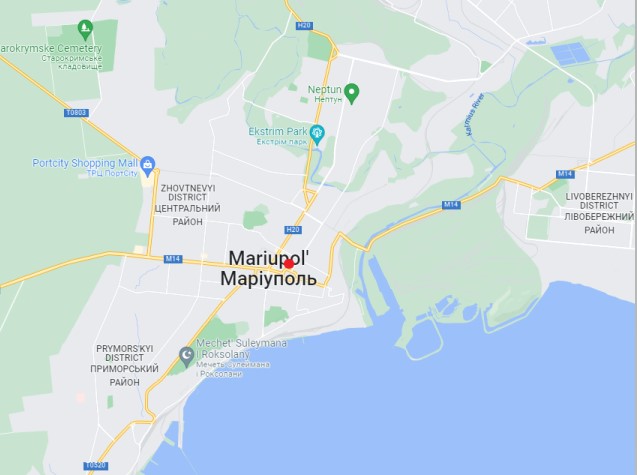